Israel Final Poll: Rightwing Up, But Neither Bloc Can Form Government
Israel 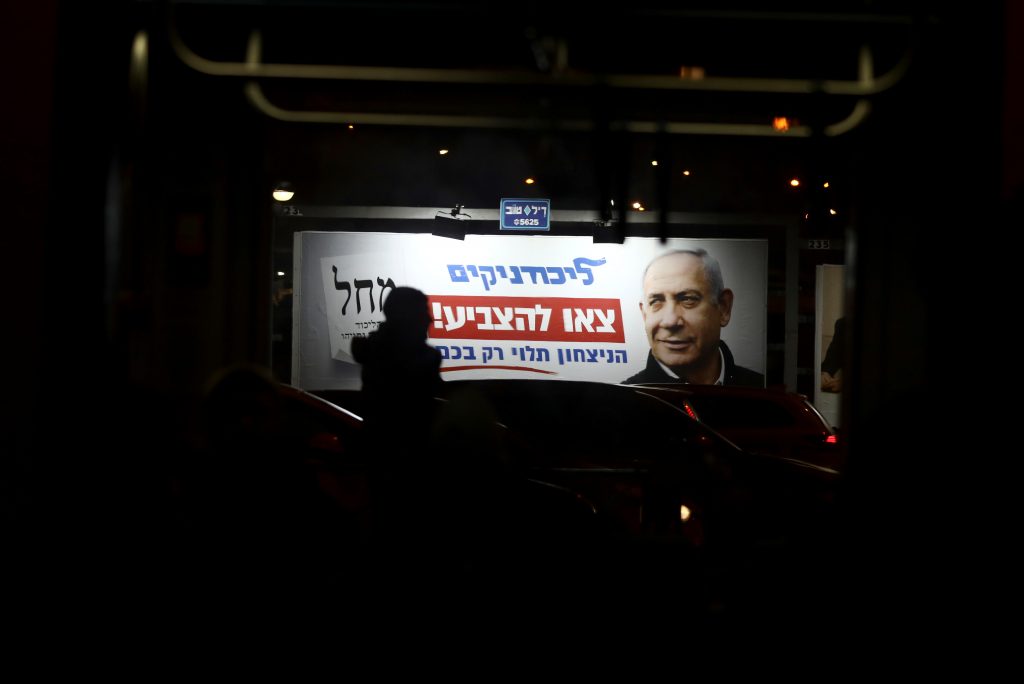 The final poll published on Friday on Channel 12 News shows yet again that the Likud continues to gain strength but neither the right nor left bloc will have enough seats to form a ruling coalition.

The poll, carried out by the Midgam Institute in collaboration with iPanel, finds that the Likud is the largest party with 35 seats, followed by Blue and White with 33 seats.

The Joint List is up to 14 seats, Labor-Gesher-Meretz has nine seats, and Shas and United Torah Judaism each have eight seats.

The Yamina party wins seven seats, while Avigdor Liberman’s Yisrael Beytenu weakens and wins only six seats. As in all polls, Otzma Yehudit does not pass the electoral threshold.

When dividing the parties into blocs, the rightwing-chareidi bloc is up to 58 seats, with 56 for the center-left-Arab bloc. Yisrael Beytenu, the undecided party, has six seats.

On the question of who of the two is most suitable to be prime minister – which has been noted to be the reason for the recent surge to the Likud – Binyamin Netanyahu is supported by 44% of respondents, compared to only 32% for Gantz.