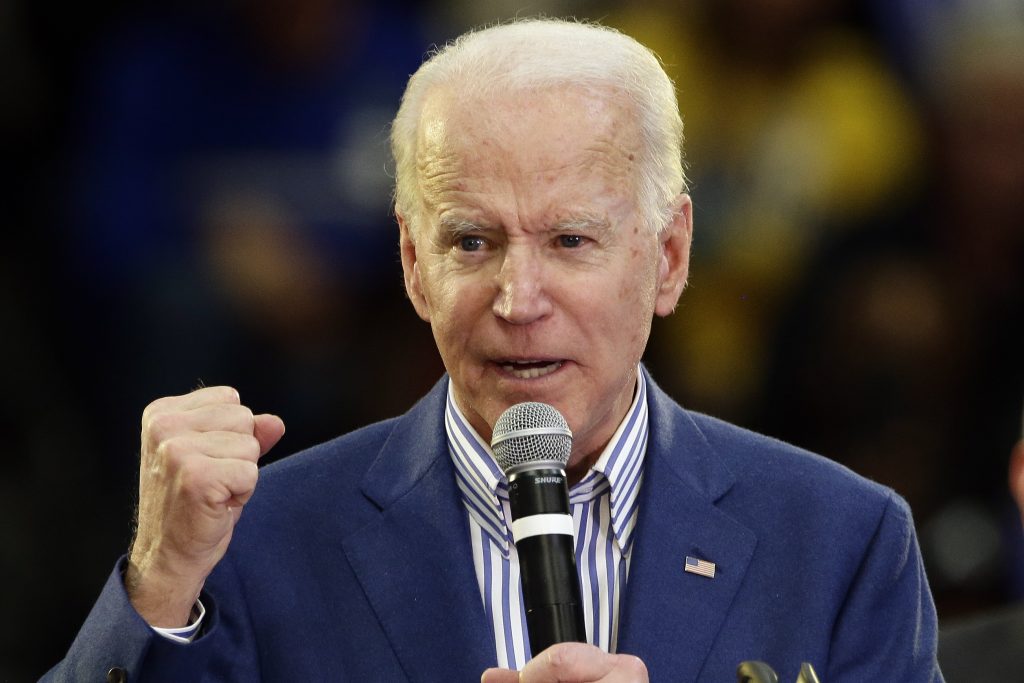 Joe Biden was projected to score a commanding win in South Carolina’s Democratic primary on Saturday, reviving his faltering White House campaign and halting the surge of national front-runner Bernie Sanders, who appeared headed to a distant second-place finish.

Media networks and Edison Research, which conducted exit polls in South Carolina, projected Biden as the winner as soon as voting closed in the Southern state. Exit polls showed the former vice president beating Sanders among a broad range of demographic and ideological groups, including those who identified themselves as “very liberal.”

The win gives Biden momentum as the Democratic race to find a challenger to Republican President Donald Trump broadens quickly, with Super Tuesday primaries in 14 states in three days that will award one-third of the available national delegates.

The Democratic contenders will face competition for the first time then from billionaire former New York Mayor Michael Bloomberg, who has blanketed the country with half a billion dollars in advertising. Bloomberg skipped the first four state primaries.

The vice president to former President Barack Obama, Biden was desperately counting on a win in South Carolina, where his popularity among the state’s big bloc of black voters proved decisive after poor showings in the first two nominating contests in predominantly white Iowa and New Hampshire.

Sanders, a progressive U.S. senator from Vermont, appeared likely to finish second in South Carolina, according to Edison exit polls that showed Tom Steyer, a billionaire-turned-activist who spent heavily in the state, headed to a third-place finish.

Sanders, with his unabashed populist message of ending economic inequality, had grown stronger with each contest, finishing in a virtual tie for first in Iowa with former South Bend, Indiana, Mayor Pete Buttigieg, before notching wins in New Hampshire and Nevada.

Biden, a mainstream Democrat with decades’ experience on the U.S. political stage, was powered in South Carolina by support from a broad range of voters, including men and women, black and white, middle-aged and old, those with and without college degrees, independent, liberal and conservative, exit polls showed.

The data showed him with 60% of African-American support, well ahead of 17% for Sanders. In addition, Biden essentially tied Sanders, who has based his argument on his ability to bring out new voters, among those who were voting in a Democratic primary for the first time.

Biden was not the only candidate for whom South Carolina and Super Tuesday may represent make-or-break moments in what has been a frequently shifting campaign.

Buttigieg and Senators Amy Klobuchar of Minnesota and Elizabeth Warren of Massachusetts appeared likely to finish well out of the running in South Carolina, where exit polls showed them finishing in low single digits among black voters.

The third-place finish for Steyer, a billionaire-turned-activist, came after he spent heavily on ads in South Carolina – but it was unclear if he could compete nationally.

Nearly eight of 10 voters in South Carolina said they had a favorable view of Biden, compared with five of 10 who saw rival Sanders favorably, exit polls showed.

The polls also found about six of 10 of South Carolina voters said influential black congressman James Clyburn’s endorsement of Biden on Wednesday was a factor in their decision.

About half want a candidate who will return to Obama’s policies, a key argument of Biden.