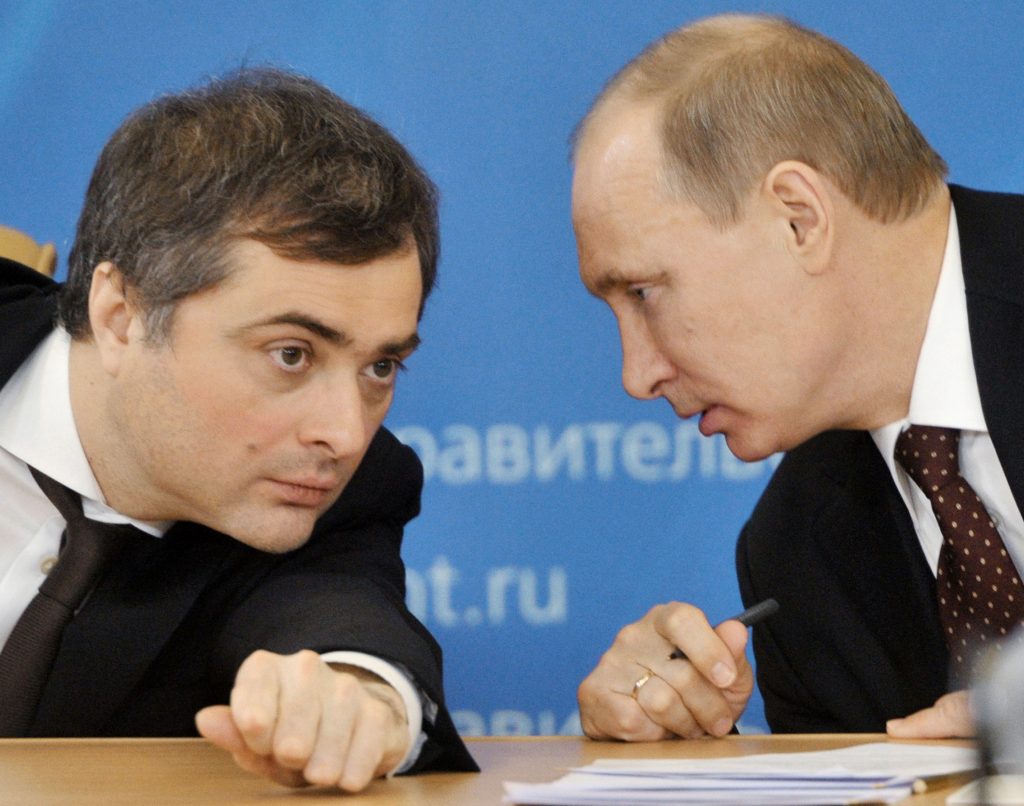 A former senior aide to Russian President Vladimir Putin has warned that Ukraine will never be able to regain control over the country’s separatist-controlled east, where Russia-backed rebels and Ukrainian forces have fought for almost six years.

Vladislav Surkov, who lost his job as Putin’s adviser on Ukraine earlier this month, said in remarks published Wednesday that he stepped down because of a shift in the Kremlin’s course. Surkov didn’t specify the reasons for his departure, saying only that it was due to the “change in context” on Ukraine.

Ukrainian President Volodymyr Zelenskiy has made settling the conflict in eastern Ukraine his top priority. A December summit of Russia, Ukraine, France and Germany didn’t produce a breakthrough, but the four leaders agreed on prisoner exchanges and additional steps toward ending the fighting.

Observers in Moscow attributed Surkov’s dismissal to the Kremlin’s intention to take a less hawkish line on Ukraine, taking advantage of Zelenskiy’s desire for an agreement. Another longtime Putin aide, Dmitry Kozak, took over as the Kremlin’s point man on Ukraine.

Asked Wednesday if the Russian policy on Ukraine has shifted, Putin spokesman Dmitry Peskov shrugged off Surkov’s claim, saying that the Kremlin adheres to a 2015 peace agreement brokered by France and Germany.

The conflict in Ukraine’s mostly Russian-speaking industrial east, called Donbass, erupted in April 2014, weeks after Russia’s annexation of the Crimean Peninsula. More than 14,000 people have been killed in fighting between Ukrainian forces and Russia-backed separatists.

Surkov hailed the leaders of the separatists as “true warriors” and “real heroes.” He said Ukraine would never regain control of rebel-controlled territories.

Zelenskiy on Wednesday issued a decree declaring February 26 the Day of Resistance to the Occupation of Crimea, a symbolic action meant to underline Ukraine’s determination to get the Black Sea peninsula back. Ukraine and almost all of the world view Russia’s seizure of Crimea as illegal.

“We categorically disagree with that formulation and believe that it doesn’t conform to the real situation,” Peskov said in a call with reporters.

Representatives of Ukraine, the separatists, Russia and the Organization for Security and Cooperation in Europe met Wednesday in the Belarusian capital of Minsk to name new areas in the east for disengagement of forces, but failed to reach agreement.

Before the December summit in Paris, Ukraine and the rebels pulled back troops and weapons in three areas as confidence-building measures. The leaders then agreed to pull back troops in three more sectors of the front line to help observe a lasting truce.

During their talks, the leaders of of Russia, Ukraine, France and Germany scheduled their next meeting for April in Berlin.

However, Russian Foreign Minister Sergey Lavrov said Wednesday that calling the next four-way summit would be contingent on observing previous agreements, as well as securing a preliminary deal to disengage Ukrainian and separatist forces along the entire line of contact in the east.