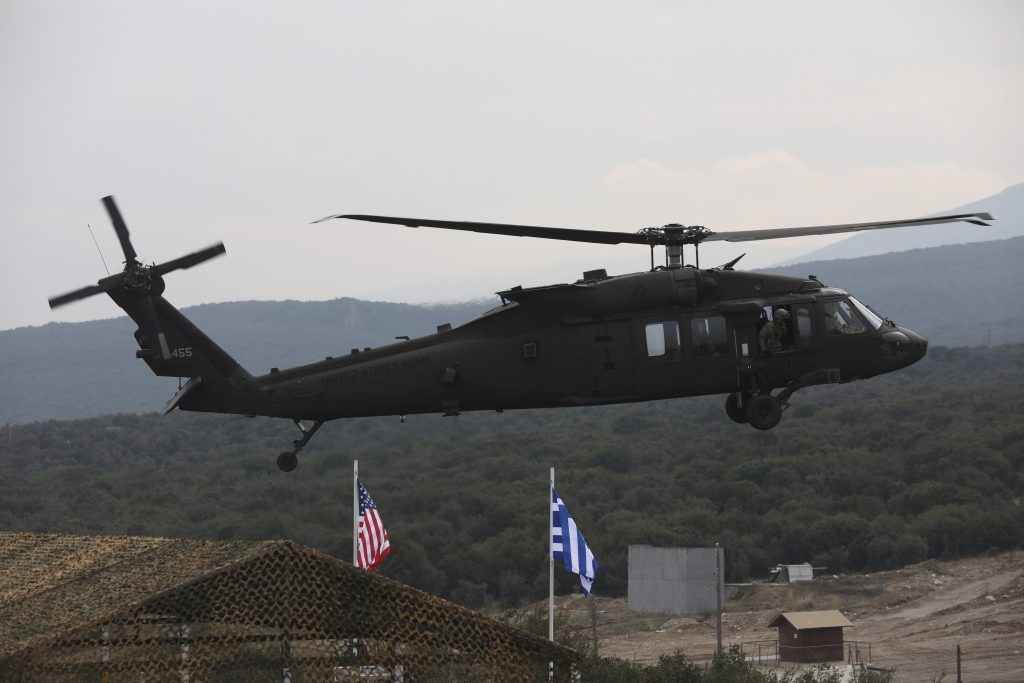 At the foot of Mount Olympus, army aviation forces from Greece and the United States are taking part in a live-fire exercise with attack helicopters, marking deepening defense ties between the two countries.

Greece is ramping up military cooperation — and procurements — from allies France and the U.S., wary of worsening relations with neighbor Turkey over disputed sea and air space boundaries and drilling rights in the East Mediterranean.

After a financial crisis that lasted nearly a decade, the Greek military is upgrading its F-16 fighter fleet and modernizing its navy, while seeking stronger military ties with traditional allies as well as Turkey’s regional rivals, including Israel, Egypt, and Saudi Arabia.

“Greece is already involved in enhancing and upgrading its defence capability with critical procurement decisions,” Panagiotis Tsakonas, a professor of international relations and security studies at the University of Athens, told The Associated Press.

“The rule is to make the best use of limited resources — to get the most bang for our buck, and that is something that we are continuing to do,” he said.

The revised Mutual Defense Cooperation Agreement between Greece and the U.S. was signed in October by U.S. Secretary of State Mike Pompeo during a visit to Athens and ratified last month. It provides for increased joint U.S.-Greece and NATO activities at Greek military bases and facilities in Larissa, Stefanovikio, and Alexandroupolis, in central and northern Greece, as well as infrastructure and other improvements at the Souda Bay U.S. naval base on the island of Crete.

“The U.S.-Greece relationship is stronger than it has ever been,” U.S. Ambassador Geoffrey Pyatt said. “Our defense ties and our defense cooperation is an essential component of that. “