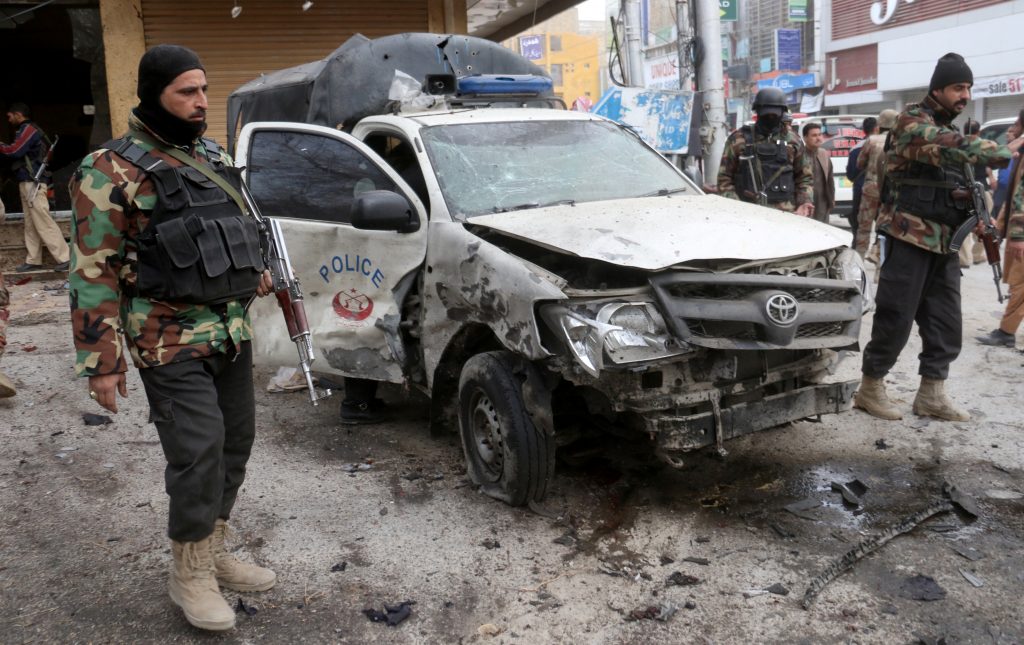 A powerful suicide bombing killed eight people and wounded 16 others in Pakistan’s restive Baluchistan province on Monday, local police said, when it struck an Islamist rally in the regional capital.

Police said the blast went off near Quetta’s press club, where dozens of supporters for a Sunni terror group had gathered outside. They added that police officers were among those killed.

Hospital officials say some of the wounded persons were listed in critical condition.

No one immediately claimed responsibility for the bombing. Baluch separatist groups, as well as rival Shiite and Sunni terrorists, operate in the province and have staged similar attacks before.

City police chief Abur Razza Cheema said dozens of followers of the radical Ahle Sunnat Wal Jammat party were rallying to pay tribute to Islam’s first caliph when the bomber blew himself up there.

Footage on social media appeared to show the explosion ripping through the local bazaar, sending people running for shelter.

The bombing destroyed some nearby shops and vehicles, police said.

The impoverished province of Baluchistan has long been the scene of a low-level insurgency by armed groups demanding more autonomy for the region and a greater share in gas and mineral resources there. The government claims it has quelled the insurgency but violence has continued.