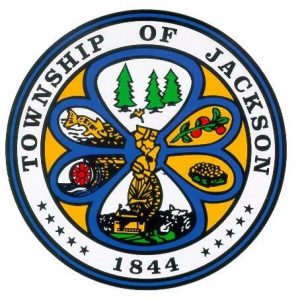 Jackson Township’s legal and political woes continued to mount with the filing of a new federal lawsuit claiming that its zoning board’s denial of a proposed housing development was motivated by anti-Semitism.

Jackson Trails LLC had brought their plans to build over 450 units before the town’s planning board several times, but never succeeded in winning approval, with zoning board officials citing an evolving list of issues.

The developers claim that the denial was motivated by strong sentiments among residents and town officials set on preventing expansion of Jackson’s Orthodox Jewish community.

“The Board denied the application, bowing to severe anti-Semitic pressure from local residents and fears that Orthodox Jews may purchase homes and reside in the Development,” says the lawsuit.

Jackson Trails LLC is owned by an Orthodox Jew and both the size of the units and the inclusion of a house of worship made it clear that buyers were likely to be Orthodox.

In its filing, Jackson Trails cites a long list of hostile anti-Orthodox rhetoric from social media sources, some directly discussing its building plans. It also references several documents and statements by town officials that seem to point to a concerted effort to stymie Orthodox growth in Jackson as well as an incident where three former members of the town’s zoning board were forced to resign over their attendance at a CUPON meeting. CUPON is a group modeled after a similar one in Rockland County seen as hostile to housing development geared towards Orthodox Jews.

Jackson Trails’ lawsuit is being handed by Storzer and Greene, a law firm that specializes in religious land-use discrimination. They are also the attorneys handling a lawsuit on behalf of Agudath Israel of America over ordinances that created de facto bans on eiruvin and new schools in Jackson.

In addition to, and partially as a result of, legal challenges, Jackson’s political leaders have been under increased scrutiny. Several FOIL requests revealed a consistent effort by former the Town Council president to squeeze Orthodox life with moves that included tracking locations he suspected were being used for minyanim and alerting zoning officials to his suspicions. He was eventually added as a defendant in the Agudah lawsuit and last December, suddenly resigned his public office.