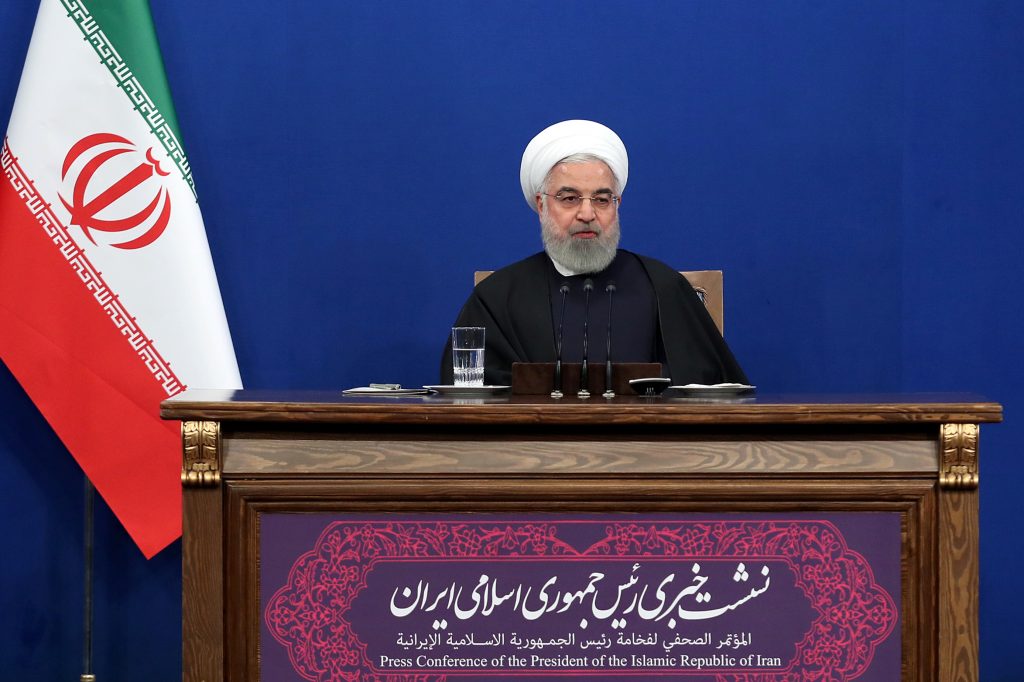 Iran will never hold talks with its longtime foe, the United States, under pressure, President Hassan Rouhani said in a news conference on Sunday, adding that Tehran’s help was essential to establish security in the Middle East.

“Iran will never negotiate under pressure … We will never yield to America’s pressure and we will not negotiate from a position of weakness. America’s ‘maximum pressure’ towards Iran is doomed to failure,” Rouhani said.

Tensions have increased between Iran and the United States since 2018, when President Donald Trump exited a 2015 nuclear deal between Tehran and six world powers and Washington reimposed sanctions on Tehran that has crippled its economy.

The Trump administration wants a new deal that further curbs Iran‘s nuclear program, ends its ballistic missile program and its involvement in decades of proxy wars in the Middle East.

Tehran has rejected holding negotiations over a new deal, saying talks are possible only if the United States returns to the nuclear pact and lifts sanctions.

Iran has been involved in decades of regional proxy wars with its key regional rival Saudi Arabia.

“Securing peace and stability in the sensitive region of the Middle East and in the Persian Gulf is impossible without Iran‘s help,” Rouhani said.