Israel Israel Strikes Back in Gaza After Rocket Attack
Israel 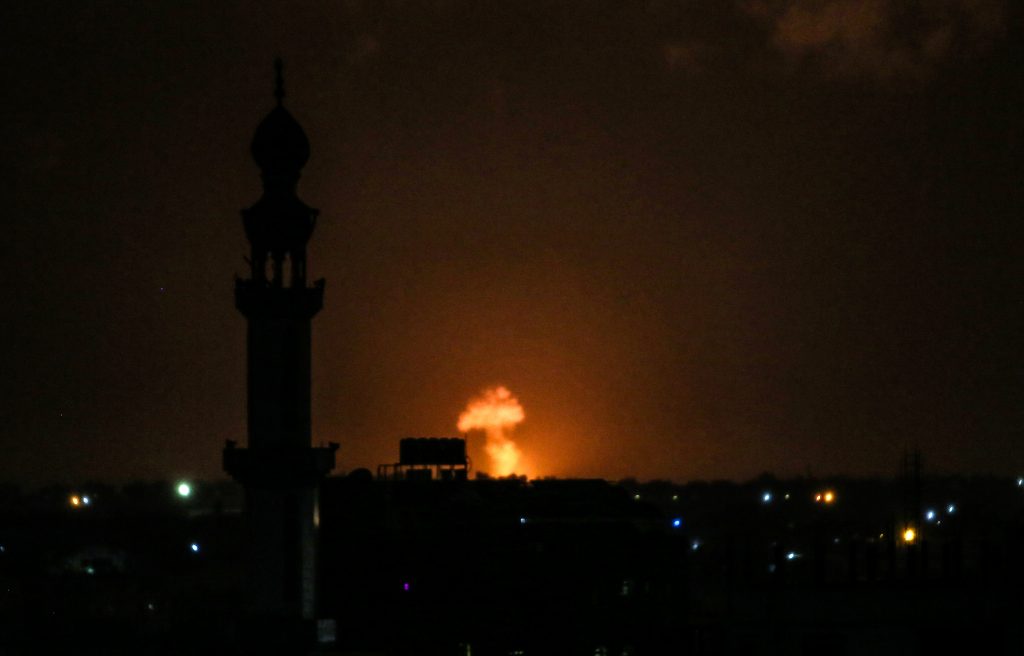 IDF forces early Sunday struck at Hamas targets in Gaza, after Gaza Arab terrorists fired two rockets at southern Israel on Motzoei Shabbos. The targets were located in central Gaza. In a statement, the IDF said that it had “struck at targets that harmed the ability of the Hamas terror group to carry out actions against Israel. The IDF considers attacks against Israel a very serious matter and will respond to any attack. The IDF will continue to act as needed to prevent harm to Israelis.”

Earlier Saturday night, the government canceled several leniencies that had been planned for Gaza. The IDF had planned to expand the area that Gaza fishermen could ply to 15 nautical miles, and to provide an additional 500 work permits for Gaza residents. The IDF said that it would decide on the future of these leniencies based on the situation in Gaza. “Hamas is responsible for everything that happens in Gaza and all terror that emanates from it,” the IDF said. “As long as there is no quiet, Israel will respond accordingly.”

Gaza Arab terrorists fired two rockets at Israel Motzoei Shabbos. The attack set off Red Alert sirens in several towns. The rockets landed in open areas. No injuries or damage were reported. The attack came moments after Defense Minister Naftali Bennett said in an interview on Channel 12 that the number of rockets fired at Israel had fallen since he took the office of Defense Minister.

Over the weekend there were numerous reports of incendiary balloons floating in the skies over Israeli. Balloons were reported in Netivot, Sderot and Be’er Sheva, among other places. Most of the explosive devices attached to the balloon clusters were defused by police Bomb Squad experts. No injuries or damage were reported.