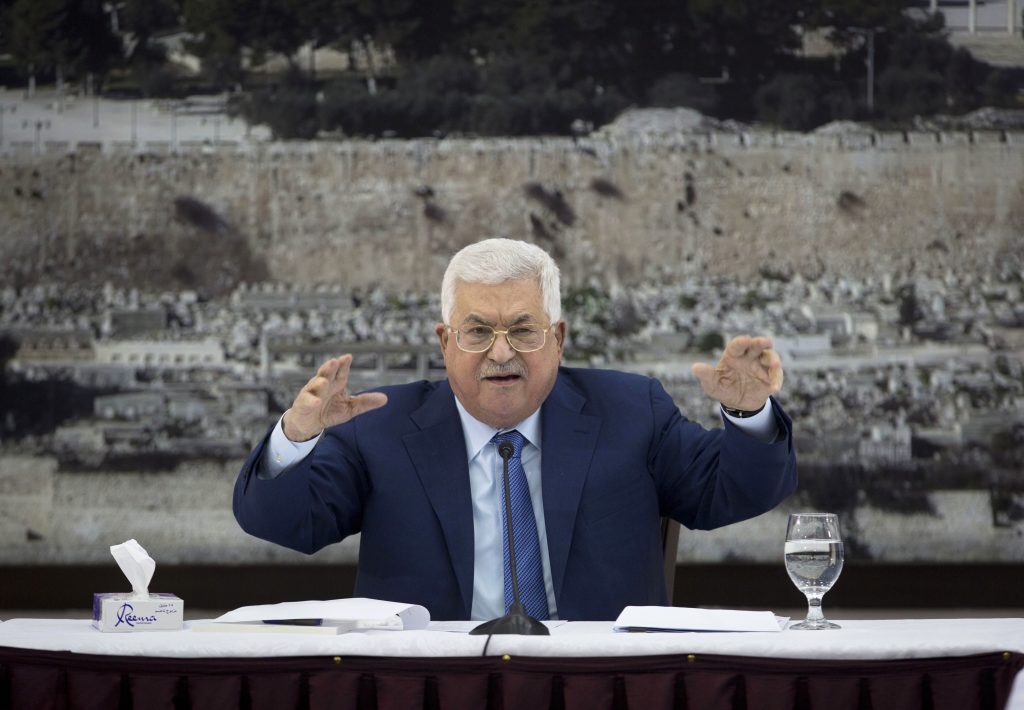 Tel Aviv Mayor Ron Huldai personally ordered the removal of a billboard that had been paid for by a right-wing organization demanding Israeli action against terror. The group, called the Israel Victory Project, said it would move immediately to take legal action to restore the billboard.

The billboard portrays Palestinian Authority Chairman Mahmoud Abbas and Hamas top terrorist Ismail Haniyeh with hands raised and waving white flags, with text accompanying the image saying that “peace can be made only with enemies who are defeated.”

Huldai wrote in a social media post that “I ordered the removal of the billboard showing Abbas and Haniyeh on their knees, with their eyes covered and their hands in the air in a gesture of surrender. The image incites to violence and reminds one of Islamic State and Nazi images that we would not want to be associated with. Red lines exist even during election campaigns. I usually do not interfere with advertisements in the public space – but this time the rules were broken. Shaming others is not our way.”

The organization said in response that “it appears that the mayor’s criticism is not over the aesthetics of the billboard, but its message, which is one that is hardly spoken about in Israel today. ‘Peace is made only with enemies who have surrendered’ is the way we should be thinking of the conflict with the Palestinians, with their refusal to make peace with us. For decades the Palestinians have gotten innumerable opportunities to achieve their goals, yet they still refuse to make peace. We must look at reality in the face – that peace will only be possible when the Palestinians and Hamas are defeated, along with their desire to destroy Israel.

“It’s surprising that the person behind this is a mayor who portrays himself as a pluralist, but here is trying to stifle the opinions of those who disagree with him,” the group added.