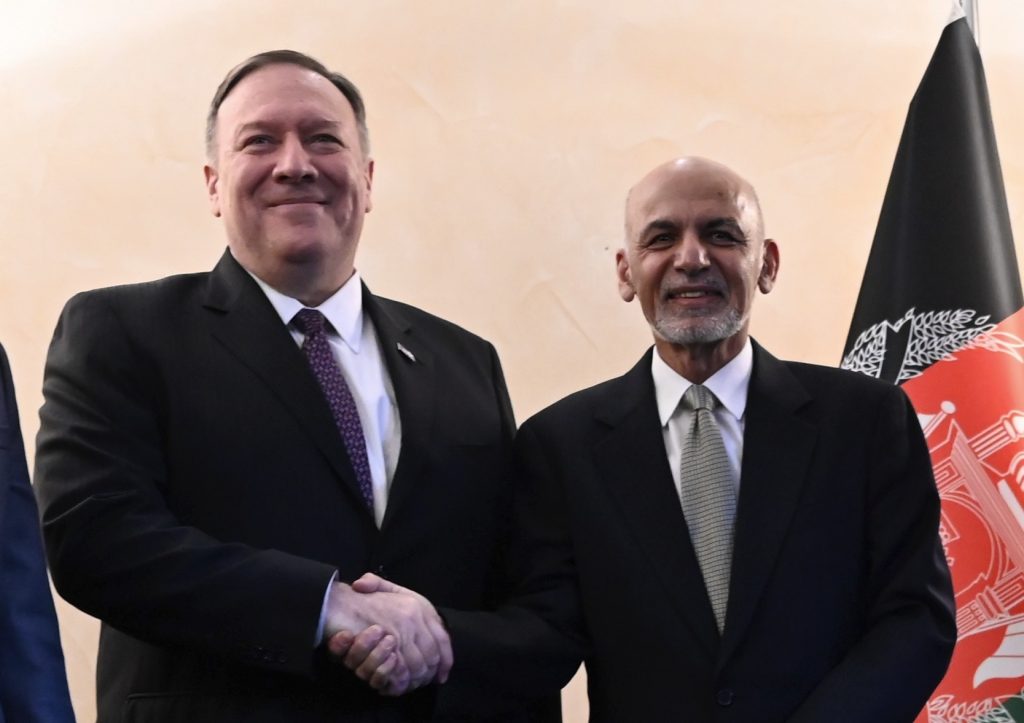 A senior U.S. official said Friday the United States and the Taliban have reached a truce agreement that will take effect “very soon” and could lead to withdrawals of American troops from Afghanistan.

The official said the agreement for a seven-day “reduction in violence” to be followed by the start of all-Afghan peace talks within 10 days is “very specific” and covers the entire country including Afghan forces.

The official spoke on the condition of anonymity because the official was not authorized to discuss details ahead of an official announcement.

The developments come as U.S. Secretary of State Mike Pompeo and Defense Secretary Mark Esper met Friday in Munich with Afghan President Ashraf Ghani. They spoke on the sidelines of an international security forum in Munich.

A truce had been widely anticipated, and President Donald Trump has agreed in principle to the deal, which could lead to the start of significant U.S. troop withdrawals from Afghanistan, according to U.S. officials.

The final details were hammered out in recent days by U.S. special envoy for Afghanistan Zalmay Khalilzad and Taliban representatives in Doha, Qatar. Khalilzad was in Munich and attended Pompeo and Esper’s meeting as did Gen. Scott Miller, the commander of the U.S.-led international force in Afghanistan.

People familiar with the plan’s outlines say it calls for the successful conclusion of the week-long truce to be followed within 10 days by the start of all-Afghan negotiations to set the roadmap for the country’s political future.

U.S. officials have brushed aside claims that a Taliban ultimatum forced their hand. And they noted that, despite Trump’s campaign pledge to withdraw American troops from Afghanistan and elsewhere, the Republican president has nixed previous deals that appeared close in response to attacks on U.S. forces.