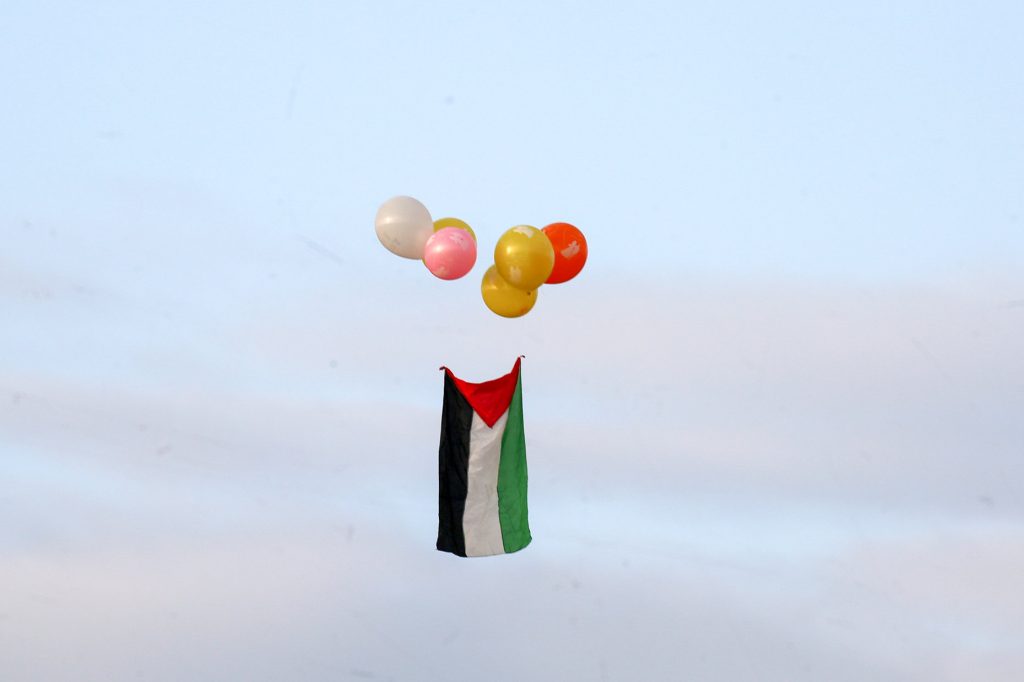 The decision was being made as a “gesture of goodwill,” the sources said, as no new deal had been reached with Israel on the matter. Hamas said that it hoped the gesture would “encourage” Israel to take steps to improve the lives of Gazans, such as increasing the number of work permits and expanding the area Gaza fishermen are allowed to trawl.

The report came on a day when nearly a dozen bombs dispatched to Israel by clusters of terror balloons exploded. A number exploded while still in the air, while others blew up when they touched down. No injuries or damage were reported. Four balloon clusters exploded in the air over a community near the southern border, causing a panic in the community, while another one exploded next to a school, causing children to react traumatically, Yisrael Hayom reported.

Last weekend, Hamas reportedly made the same promise, but the past week actually saw an uptick in balloon terror attacks. The Hamas sources said that the upcoming weekend would be a “test” to see if the group could control rogue elements and prevent the attacks.

Earlier, IDF officials said that Israel was on the verge of carrying out a major military action in Gaza. The government has been trying to avoid making a decision on attacking Hamas until after the election, Channel 12 said, but with each attack the ability of the army to restrain itself lessens, as pressure grows for action.

The officials said that the IDF could “easily” cause the situation to deteriorate even further, giving Israel an excuse to attack, but out of concern that such a major action could cause the election to be delayed, officials had decided not to attack right now. Given that analysis, the report said, “any Hamas commitment to quiet must be taken with a grain of salt.”

Earlier this week, a nine-year-old boy in a kibbutz in southern Israel was unharmed, b’chasdei Shamayim – even though he played an improvised game of soccer with a round object he found in the backyard of his home. That object turned out to be an explosive device, which police experts were able to defuse without incident Wednesday.

It turned out that the object was indeed a bomb, which had apparently become detached from the balloon cluster that brought it the backyard of the house in Kibbutz Nirim, located near the Gaza border fence. Police were called after the boy’s parents noticed the suspicious object – and only then they discovered that their son had not only approached it, but kicked it around.