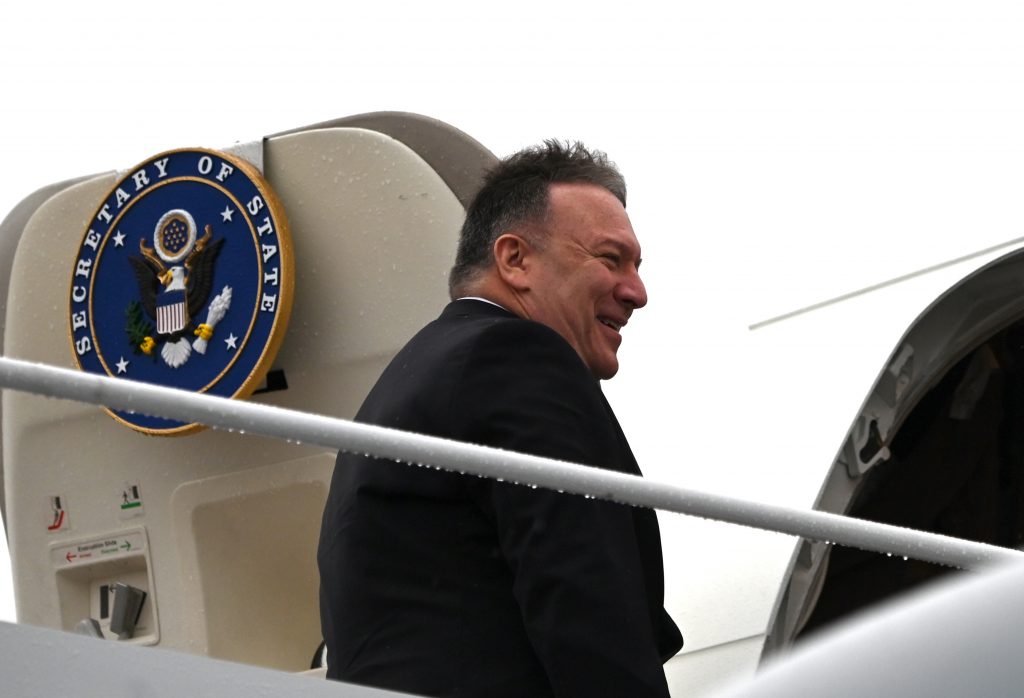 The outraged response to the U.N. Human Rights Council blacklist of companies doing business in Yehudah and Shomron continued on Thursday, as U.S. Secretary of State Mike Pompeo denounced it.

“It is outrageous that the UNHRC Commissioner Michelle Bachelet would release the database of companies operating in Israeli-controlled territories. Its publication confirms the unrelenting anti-Israel bias so prevalent at the U.N.

“The U.S. has not and will never provide any information to support the compilation of these lists. We call on U.N. member states to join us in rejecting this effort. Attempts to isolate Israel will damage momentum toward Israeli-Palestinian negotiations,” Pompeo said in a tweet.

A spokesman for Bachelet said the report was not a “blacklist” and was not intended to qualify any of the companies’ business activities as illegal, according to Reuters.

But the release prompted a Palestinian threat of legal action against the firms, and raised concerns that the companies could be targets of boycotts or divestments.

Democratic Senator Ben Cardin and Republican Senator Rob Portman, who sit on the Finance Committee and Foreign Relations Committee, called it an “anti-Israel database, akin to a blacklist, of companies” that made major U.S. companies, including General Mills and Airbnb, vulnerable to boycotts.

“The Human Rights Council should use its energy to encourage both Israel and the Palestinians to return to good faith negotiations,” said Cardin. “The United States cannot stand by while American businesses are being pressured by a foreign entity because of their work in Israel, one of our key allies.”

In Israel, a move was already afoot to mount a legal challenge to the UNHRC.

Shomron Regional Council Chairman Yossi Dagan, industry representatives from the Barkan Industrial Area and Minister of the Economy MK Eli Cohen met to consider a concrete response, and said they would file a class action against the international body, to include a demand for compensation, Arutz Sheva reported.

Dagan, head of the Samaria Regional Council, said, “We have come together following the disgraceful declaration issued by such a leading human rights organization, the United Nations Human Rights Council, led by countries that preach morality to us like Libya, Indonesia, Jordan, Kuwait – countries known for their concern for human rights.”

He added: “We will jointly address MK Interior Minister [Rabbi] Aryeh Deri and Minister of Strategic Affairs MK Gilad Erdan and ask them to exercise their authority under Amendment No. 28, The Entry into Israel Law, that authorizes them to prohibit BDS activists from entering Israel because, since yesterday, the United Nations Human Rights Council is a BDS organization for all intents and purposes…”