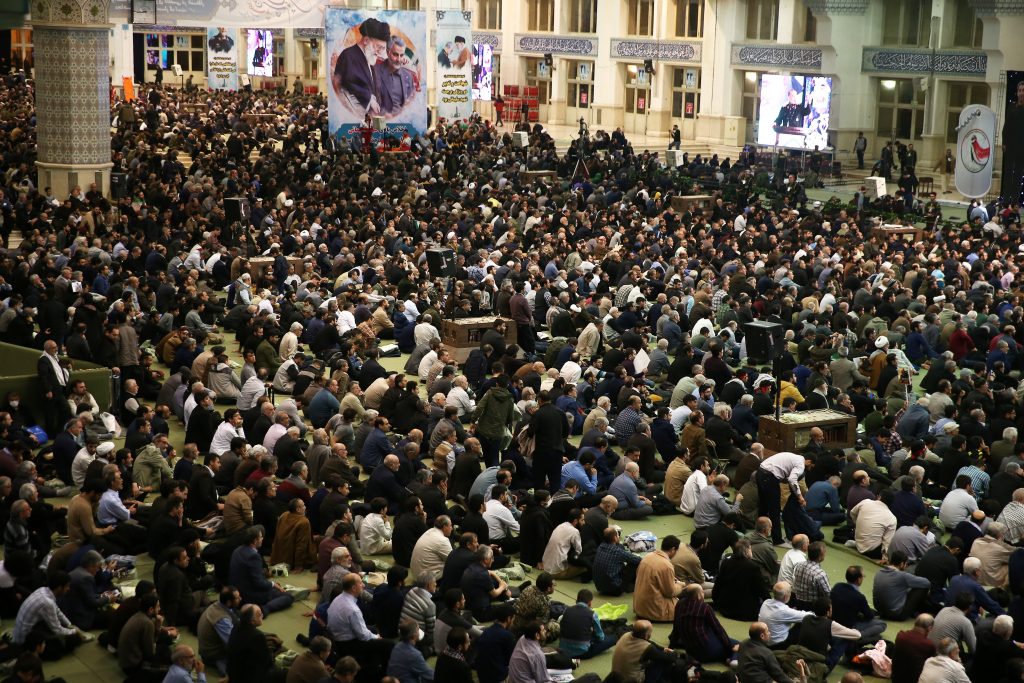 Iran is ready to strike the United States and Israel if they give it any reason to do so, the head of the elite Revolutionary Guards said in a live broadcast on Thursday.

“If you make the slightest error, we will hit both of you,” Major General Hossein Salami said in a speech at a ceremony marking the 40th day since the death of top commander Qassem Soleimani.

Soleimani, who was head of the Quds Force, a branch of the Guards responsible for operations outside Iran, was killed by a U.S. drone in Baghdad on Jan. 3 along with Iraqi militia commander Abu Mahdi al-Muhandis.

The killing of Soleimani will lead to the liberation of Jerusalem, the spokesman for the Revolutionary Guards said earlier, according to the Tasnim news agency.

Iran’s Supreme Leader Ayatollah Ali Khamenei said last week that Iran would support Palestinian armed groups as much as it could and urged Palestinians to confront a U.S. plan for Israeli-Palestinian peace.