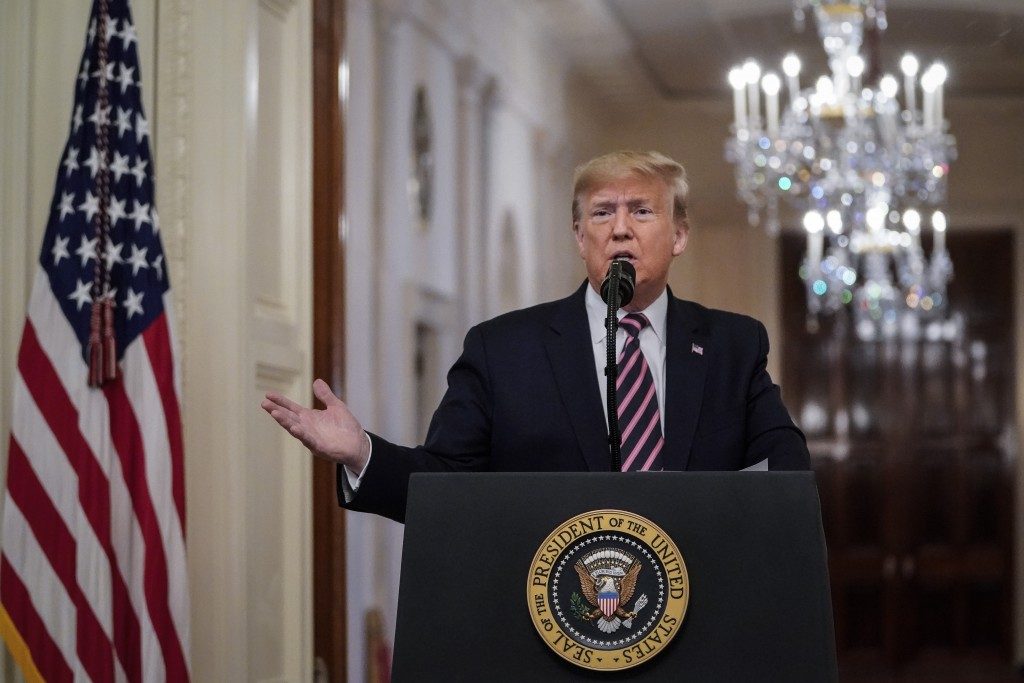 At last, the tightly-scripted, easily predicted performance known as the Trump impeachment effort came to the widely-expected conclusion on Wednesday. The next afternoon, a triumphant President Trump addressed the nation.

As he entered the East Room of the White House — which was packed with his supporters — to a stirring rendition of “Hail to the Chief,” he was greeted with an extended round of applause.

“We’ve all been through a lot together, and we probably deserve that hand for all of us, because it’s been a very unfair situation,” the President responded.

In his speech, the President stressed that what he described as a “witch hunt” started at the beginning of his term three years ago.

“It started from the day we came down the elevator,” he declared. “And it never really stopped. We’ve been going through this now for over three years. It was evil. It was corrupt. It was dirty cops. It was leakers and liars. And this should never, ever happen to another president, ever.”

While the President’s colorful descriptions of his political opponents are in dispute, the fact that political animosity played a key role in the impeachment process is undeniable, as is the reality that Democrats have been unsuccessfully seeking to evict him from the White House ever since he moved in.

All along, it was clear to all that this trial was a futile political exercise. Well before the House passed the articles of impeachment it was apparent that their efforts would be stopped in the Senate, where a two-thirds majority is needed for removal.

Who were the winners and losers?

Senators on both sides of the aisle are presumably relieved that the trial is over. Their day will no longer begin with the Senate sergeant-at-arms announcing “Hear ye! Hear ye! Hear ye! All persons are commanded to keep silence on pain of imprisonment.” That antiquated rule, a leftover from President Andrew Johnson’s impeachment trial back in 1868, meant that the senators could neither use their cellphones nor banter with each other.

After long days of dozing off as the lawyers made their cases for and against the charges presented, the senators are now free to talk with each other and play with their phones to their hearts’ content.

President Trump and his GOP supporters are celebrating not only his acquittal, but also the fact that the President’s poll numbers have seen a solid increase, seemingly thanks to the failed impeachment effort.

The Democrats are now left to pick up the pieces and analyze the political ramifications of their actions. Only time will tell how this will affect their chances in the upcoming November elections.

The key question is: Where does all this leave the American people? While a robust democracy inherently includes differences of opinions along party lines, it is hard to imagine an upside for the nasty personal attacks and lowliness of the political discourse that has taken over the country.