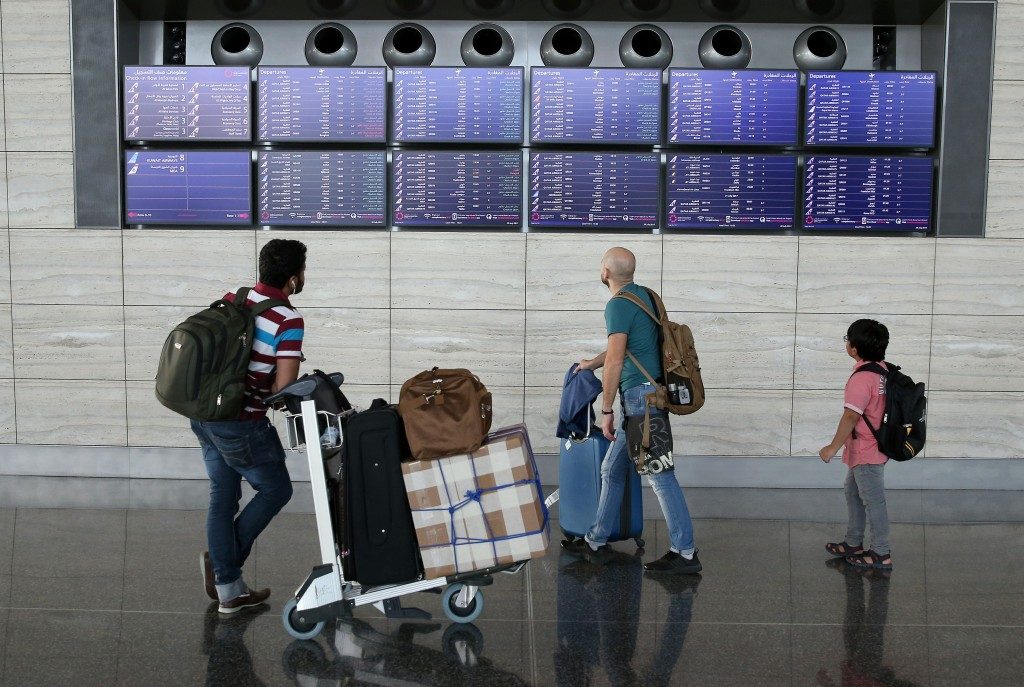 Naama Yissachar returned home recently on the Israeli Prime Minister’s plane. This was ostensibly a reason to rejoice: A young woman sitting among criminals in a Russian prison had been set free. Still, it is worthwhile to remember what she had done. No, she did not disseminate Yiddishkeit under cover of darkness, and no, it is not the KGB era. She also did not run a red light and kill someone, chalilah. She “just” served as a courier to transport forbidden substances into Russia. “Just” 9.6 grams of a prohibited drug.

And why is that something that should interest readers of Hamodia — the clean, quality newspaper of chareidi Jewry that usually avoids stories that reflect ugliness and abomination? Because this is not the first time — and possibly not the last — that young people have been caught breaking this law. Prior to Yissachar, there were many incidents that left parents distraught and anguished after their children were caught “just” transporting a few grams, and at this time, there are Israeli bachurim sitting in prisons around the world after being convicted of this crime.

It might happen because of a lack of awareness or willful blindness, and we are addressing this as per the recommendation of Rabbanim and educators who have taken on the challenge to warn people so that others should not fall into the same trap.

It’s very tempting, on the one hand, and challenging on the other. Foolish teenagers tend to fall for temptations. It is big money and not a very big risk. It could cover the costs of their tickets to Lizhensk or Kerestir, and they may even have some change to buy a pack of Marlboros or some Drambuie. All they have to do is take an envelope or a little bag and travel to Warsaw via Belgium/France/Florida/Luxembourg.

You’d have to be a real wimp to forgo such an opportunity. But, more notably, you have to be mature and realistic to say no to such a tantalizing offer: kivrei tzaddikim plus a pidyon nefesh all in one package.

It was all going smoothly. Greenwald and two friends from yeshivah were on the way home from a trip to daven in Lizhensk. It was Adar 5767. At around 4:00 a.m. Tokyo time, the plane with the three boys landed. Having been deceived, and having made erroneous assumptions, they came to Chiba Airport, wheeling their loaded suitcases, without knowing or understanding what exactly was in them. They would only find out at customs inspection — by which time it was too late.

With their luggage in hand, they exited to the terminal. Their childish naïveté did not take into account the impact made by the sight of three bachurim wearing yeshivah chaletlach and curled peyos. If that was not enough, the language barrier was the clincher. Their stammering in Yiddish and hand motions made further evasion impossible. The Japanese temperament, as they would learn in the years to come, did not allow for any cutting of corners. They were taken to a side room for a more thorough questioning by an augmented team that had been summoned for the incident. The suitcases were opened, and the rest is history.

“The room where I spent five years,” Greenwald told me, “was isolated and horrible. Four walls in a depressing gray, with just one small, barred window allowing in some sunlight. They’ve never heard of insulation in Japan. The extreme weather seems to be tailor-made for torturing prisoners. In the winter, the room is a bone-chilling freezer. In the summer it’s like a sauna, as the fiery heat fries the body and addles the mind, with nowhere to go for [relief].

“The daily schedule is rigid and arbitrary. The prisoners are awakened early in the morning. The three meals are served according to a ridiculous schedule. Breakfast is served at six in the morning. At eleven o’clock lunch is served, and supper is at four in the afternoon. The rest of the day, the prisoner is subject to the rumblings of his stomach, except for a bit of fruit that he can purchase in the canteen.” Greenwald lost nearly 100 pounds while in prison.

I met him when he was broken and scarred, yet realistic and determined: “We have to tell the story of what happened to me and my friends to all young people who dream of getting rich and making fast money from some dubious courier job.” And that is what we are here to do now.

An educator who is heavily involved in this issue offers a few piercing points to ponder:

Another painful point: When all is said and done, the bachur who knows what he is risking and winds up in prison, chalilah, is not even there for making a kiddush Hashem or for some heroic act. It is possible that there aren’t even grounds for helping him. As Chazal say, “Someone who does not have daas must not receive compassion.” He is not a martyr. Someone who causes himself to get into such a situation should know that it is very doubtful that he will be able to withstand it and emerge healthy and whole, and he should remember that there is no one standing behind him.

He got into the mess — he must face the music.