By Reuvain Borchardt and Rafael Hoffman 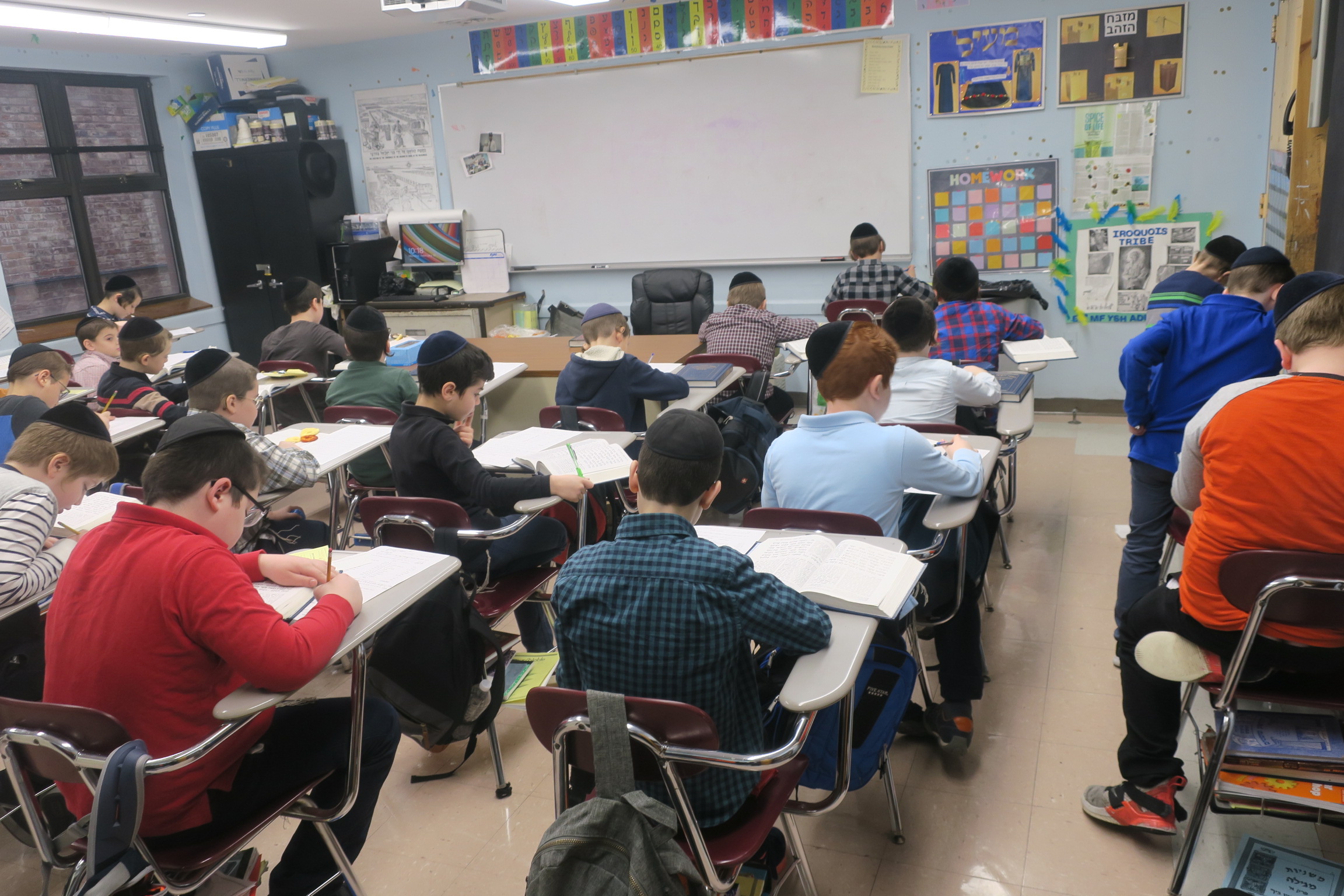 At the Board’s monthly meeting held in Albany, its members acknowledged that the strong public interest shown, as well as the diverse nature of the opinions expressed on the issue, behoove the state to take a more reflective approach towards its attempts to impose stronger oversight on non-public schools.

“The Department appreciates the thoughtful feedback received on the proposed regulations related to substantial equivalency,” said Interim Commissioner of Education Shannon Tahoe. “The Department will continue its review of the comments and, based on the breadth of comments received and the varying views expressed, the Department will re-engage stakeholders for further discussion on this important issue.”

Regents members noted that the number of comments received far exceeded what the state had ever gotten before.

Avi Schick, an attorney who has been representing the yeshivah community regarding its opposition to the newly proposed guidelines, said the Board’s move showed the impact that the public comment campaign had.

“Today’s Regents meeting and Education Department statement confirms that the voices of our community were heard,” he told Hamodia. “They heard the concerns that yeshivah parents and graduates expressed about the proposed regulations, about how unnecessary they are and how they would infringe on fundamental parental and religious rights. And they heard our pride in the accomplishments of our yeshivos and their alumni. One can draw a direct line between the engagement of our community over the summer and today’s Regents meeting.”

The Regents said that they planned to devise a plan over the coming months to re-open dialog with “stakeholders” in the hopes of reaching an arrangement that will take their concerns into account while fulfilling the state’s stated goal of tightening regulation of statutes that private school education must be “at least substantially equivalent” to that provided in public schools.

“The acting Commissioner said that this was the hardest issue they have had to deal with since she came to the Department,” Rabbi Chaim Dovid Zwiebel, Executive Vice President of Agudath Israel of America told Hamodia on his way out of the meeting. “I certainly believe that some of the Regents have become more educated about our community and about our yeshivos, and that some have been moved by what they’ve heard. We’re happy they’ve acknowledged the complexity of the issue and that they are interested in creating a process that will reflect that.”

Despite the fact that the question of more regulation of New York State’s yeshivos has been in the public eye and on the agenda of the Education Department (NYSED) for some time, advocates for the yeshivah community say that most of their prior attempts to engage in dialogue have been rebuffed or ignored.

Rabbi Moshe Dovid Niederman, President of the United Jewish Organizations of Williamsburg and North Brooklyn welcomed the apparent turnaround and was optimistic that this new stage of engagement with the Regents will yield what he sees as positive results for the yeshivah community.

“We are pleased that the Board of Regents did exactly what it should have done – listen to the people most affected by these unjustified regulations, which violate the religious and parental rights of New York state residents,” he told Hamodia. “It’s a new day in New York state, and we are confident that this time around, the Board will realize that the yeshivah system is not broken – it has worked wonderfully for so many decades, and will continue to do so without government intrusion.”

The guidelines in question were first published by NYSED in November 2018. They provided detailed instructions for how private schools should fulfill the longstanding legal requirement to provide an education commensurate with that of public schools. However, for the first time, these regulations went into great detail of how that should be achieved, mandating specific courses and the minimum number of hours to be dedicated to the study of each. These time requirements would have obligated yeshivos to teach an average of more than four hours per day of secular studies in seventh and eighth grades, and an average of more than three hours per day in high school.

Required subjects went beyond core subjects and included courses such as music and visual arts.

Yeshivos and other private schools would be placed under the purview of the local school authority (LSA), which would visit each institution to determine whether it is fulfilling the substantial-equivalency requirement. In most areas of the state, the LSA is the trustees of the board of education of the district; in New York City, it is the schools chancellor.

The regulations were the result of a years-long campaign carried on mostly by a group of disgruntled individuals who had attended the yeshivah system, organized under the banner of an organization known as YAFFED (Young Adults for Fair Education). While few in number, the groups was successful in galvanizing the sympathy of many key New York-based media outlets and some in state and New York City government.

After a lawsuit was filed by Jewish, Catholic, and non-religious private-school groups challenging the regulations, a judge ruled in April 2019 that the guidelines were a circumvention of the legal rulemaking process, which requires publishing the proposed rule, giving time for public comment, and having a public hearing and final vote on it by the state Board of Regents.

The Regents are a 17-member board representing different areas of New York and are responsible for supervising educational activities in the state. They are appointed by the state legislature and serve five-year terms, typically meeting for two days each month to discuss and vote on a wide range of issues affecting schools and colleges.

The following July, the same guidelines were released and opened up for a 60-day public-comment period. As a result of a massive campaign by nearly all corners of the yeshivah and Jewish day school community, as well as by many in other religious and independent private schools, more than 140,000 were submitted, with the overwhelming number voicing opposition to the proposed rules.

The comment period ended in September, setting in motion a process during which the Regents are obligated to review the comments before voting on whether to make the guidelines into state law.

A statement by NYSED summarized the themes that came up the most in public comments. It noted that many responders said that the proposed guidelines were an infringement both on their rights as parents and on their religious beliefs, encroached on the independence of private schools, lacked clear standards, and would lead to conflicts between LSAs and non-public schools. The statement also made note of some comments that expressed support for the proposed guidelines.

At Monday’s meeting, the Regents members acknowledged that the level of response called for them to take a closer look at the issue before moving forward.

“One of the accomplishments of the comments that were submitted and the work that followed was that it educated those in Albany about our yeshivah system,” said Mr. Schick. “For too long, the discussion was driven by a small group of yeshiva critics who self-selected a small segment of schools to focus on. Not only was the picture they painted of those schools badly distorted, it also inaccurately portrayed the entire yeshivah system through the lens of the few schools they believe needed to improve. The Regents now understand that those critics didn’t accurately describe the yeshivah system, and so they want to engage with the yeshivah community directly.”

The Board accepted the Department’s recommendation to delay a vote on implementation, though Board Chancellor Betty Rosa, considered a proponent of strong oversight over private schools, expressed concern with what she views as inadequate secular education provided by some private schools.

“Thoughtful feedback is a necessary step in the development of any meaningful public policy and there is no more noble endeavor than providing all of New York’s children with the education they are entitled to under the law,” she said in a statement released following the meeting. “Nonpublic schools play a critical role in our education system, and the public feedback related to the proposed regulations demonstrates that we must take a thoughtful and measured approach to this work.”

Chancellor Rosa said, according to the people at the meeting who spoke with Hamodia, that while many private schools provide an education that meets or exceeds the state’s standards, in some schools students do not graduate with adequate knowledge and skills. She also reiterated that NYSED is responsible for the education provided by all schools in the state, be they public or private.

Rabbi Zwiebel welcomed the Regent’s recognition that the education in the state’s many yeshivos is far from uniform, but reiterated his commitment to advocate for all Torah schools.

“I think what will emerge from this is something that will be easily achievable for some mosdos, but I don’t know if it will be acceptable to everybody. Whatever the result is, we are committed to fight for the rights of each yeshivah to operate in keeping with its mesorah.”

While the Regents expressed a clear desire to speak with representatives of the yeshivah community, no specific plans were detailed as to how this next stage of the process would work or what the timetable would be.

Mr. Schick said that he hoped direct talks, with the aim of arriving at a mutually beneficial outcome, would yield positive results.