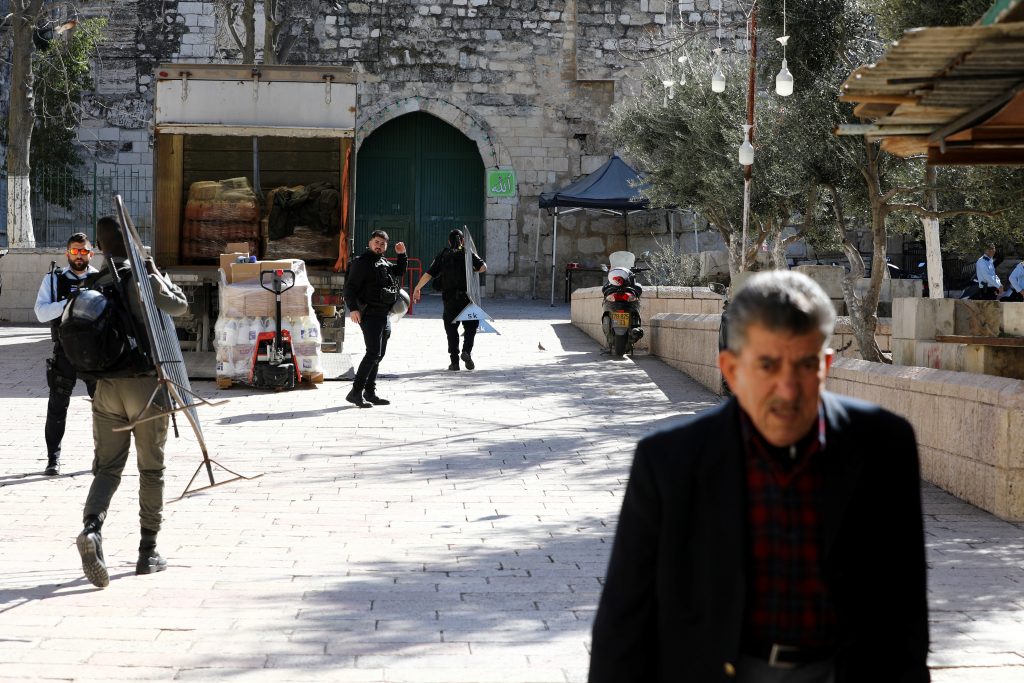 The terrorist who shot and wounded a police officer in Yerushalayim’s Old City on Thursday was a recent convert to Islam from Christianity, police said.

The man, identified as Shadi Bana, 45, from Haifa, was shot dead by other officers at the scene.

Bana was apparently an unlikely candidate for terrorism. “He was the last person I would think could become a terrorist. I had a hard time believing he could even quarrel with someone. I’m shocked by this,” one of Bana’s neighbors told Ynet after the shooting.

“To know that a terrorist like that could come from our city, a man that I see every day, and he did such a deed — there are no words,” Shimon Sabag, a neighbor, said of Bana.

“Until last night everything was fine. He was a quiet, regular guy. I wouldn’t say he was a bad man,” said Shadi Ibrahim, another acquaintance of Bana. “He never fought with anybody. Was always pleasant and nice. I still don’t believe he’s a terrorist.”

Police reportedly detained two of Bana’s brothers for questioning, both denied prior knowledge of his plans for an attack.

One of the brothers owns a flower shop in Haifa, and Bana reportedly sometimes also sold flowers in the city.

A 38-year-old police officer was lightly wounded in the midday shooting near Lion’s Gate in the Old City.

MDA medic Yisrael Weingarten described the attack: “When we arrived at the scene we found the injured officer fully conscious, suffering from a hand injury. We loaded him into an intensive-care ambulance, gave him first aid including bandaging and administering painkillers, and evacuated him to the hospital in light and stable condition for further treatment.”

The officer was taken to Shaare Zedek Medical Center.