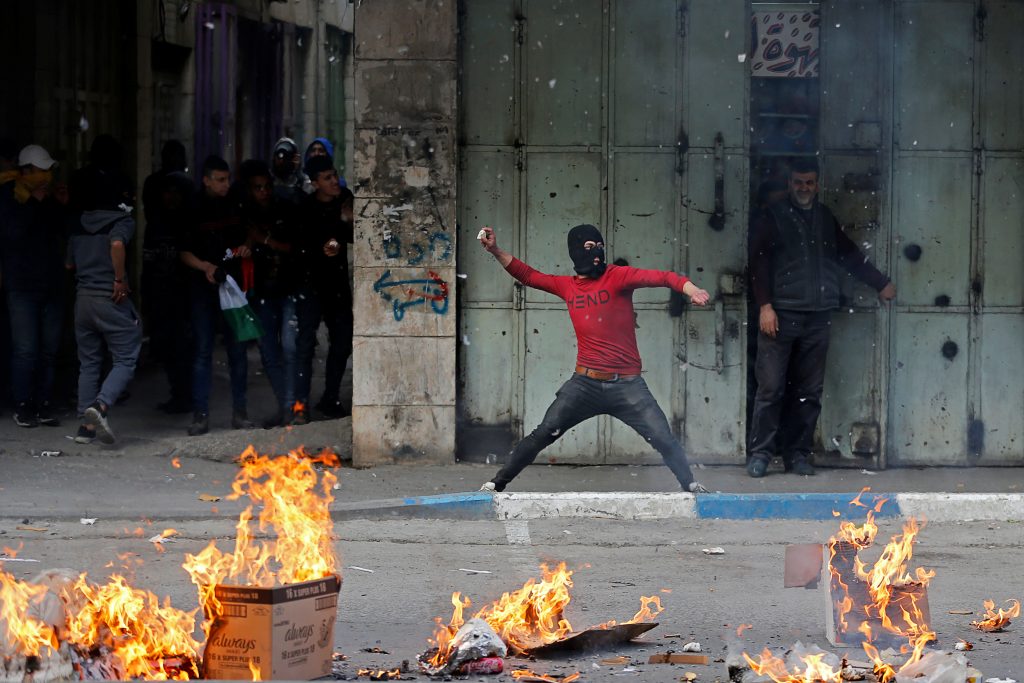 A spokesman for Palestinian Authority President Mahmoud Abbas said on Thursday the plan has “created this atmosphere of escalation and tension by trying to impose fake facts on the ground, which we have repeatedly warned against.”

“Any deal that does not meet the rights of our people and does not aim to make a just and comprehensive peace will inevitably lead to this escalation that we are witnessing today.”

Netanyahu‏‏ responded Thursday evening during a visit to a military checkpoint in the Yerushalayim area:

“Abu Mazen,” he said, using Abbas’s nomme de guerre, “we will do everything needed to protect ourselves, determine our borders and ensure our future. We will do that with or without you.”

“It won’t help you — not the stabbings, nor the car-rammings, the shootings or the incitement,” Netanyahu said, according to The Times of Israel.

Earlier in the day, Ayman Odeh, head of the Arab Joint List party, commented on the shooting attack in Yerushalayim’s Old City:

“We strongly condemn this shooting. It is unacceptable for an Israeli citizen to use a weapon. The Arab citizens of the state have chosen a just civil and democratic struggle to end the occupation and for peace and equality. We will not accept any other way.”