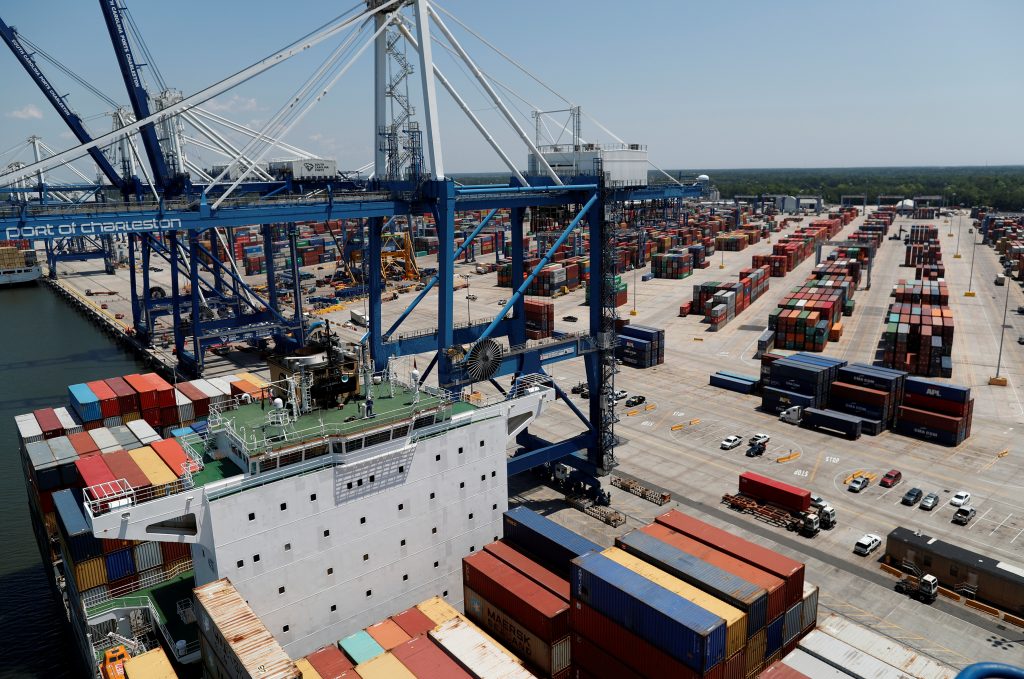 The U.S. trade deficit fell for the first time in six years in 2019 as the White House’s trade war with China curbed the import bill, keeping the economy on a moderate growth path despite a slowdown in consumer spending and weak business investment.

The report from the Commerce Department on Wednesday also showed the Trump administration’s “America First” agenda decreased the flow of goods last year, with exports posting their first decline since 2016. President Donald Trump, who has dubbed himself “the tariff man,” has pledged to shrink the deficit by shutting out more unfairly traded imports and renegotiating free trade agreements.

Trump has argued that substantially cutting the trade deficit would boost annual economic growth to 3% on a sustainable basis. The economy has, however, failed to hit that mark, growing 2.3% in 2019, which was the slowest in three years, after expanding 2.9% in 2018.

With tensions in the 19-month U.S.-China trade war easing, last year’s narrowing in the deficit is unlikely to be repeated.

“Since that entire drop came from the huge change in the China deficit, don’t expect further declines in the years to come,” said Joel Naroff, chief economist at Naroff Economic Advisors in Holland, Pennsylvania.

Goods imports plunged 1.7% last year, also the first decrease in three years. The United States imported 2.4 billion barrels of crude oil, the fewest since 1992, as the country significantly reduced its dependence on foreign oil amid a surge in production and exploration.

It also imported fewer capital and other goods. The 1.3% tumble in exports was led by decreases in shipments of capital goods, industrial supplies and materials, and other goods.

At the height of the U.S.-China trade war last year, Washington slapped tariffs on billions worth of Chinese goods, including consumer products, thumping imports.

The White House has also sparred with other trading partners, including the European Union, Brazil and Argentina, accusing them of devaluing their currencies at the expense of U.S. manufacturers. But those efforts did little to rein in the goods trade deficit with the EU, which reached an all-time high of $177.9 billion. The deficit with Mexico jumped to a record high of $101.8 billion.

Washington and Beijing signed a Phase 1 trade deal last month. The deal, however, left in place U.S. tariffs on $360 billion of Chinese imports, about two-thirds of the total.

Goods imports rebounded sharply in December, boosting the trade deficit 11.9% to $48.9 billion that month. Economists polled by Reuters had forecast the trade gap would widen to $48.2 billion in December.

When adjusted for inflation, the goods trade deficit increased $4.3 billion to $80.5 billion in December.

Though the trade deficit is expected to swell, the economy is likely to continue growing moderately, with other reports on Wednesday showing a pickup in activity in the services sector and private employers boosting hiring in January.

The Institute for Supply Management (ISM) said its non-manufacturing activity index increased to a reading of 55.5 last month from 54.9 in December. A reading above 50 indicates expansion in the services sector, which accounts for more than two-thirds of U.S. economic activity.

The report came on the heels of a survey from the ISM on Monday showing manufacturing rebounded in January after contracting for five straight months.

The dollar rose against a basket of currencies, while prices of U.S. Treasuries fell. Stocks on Wall Street were trading higher.