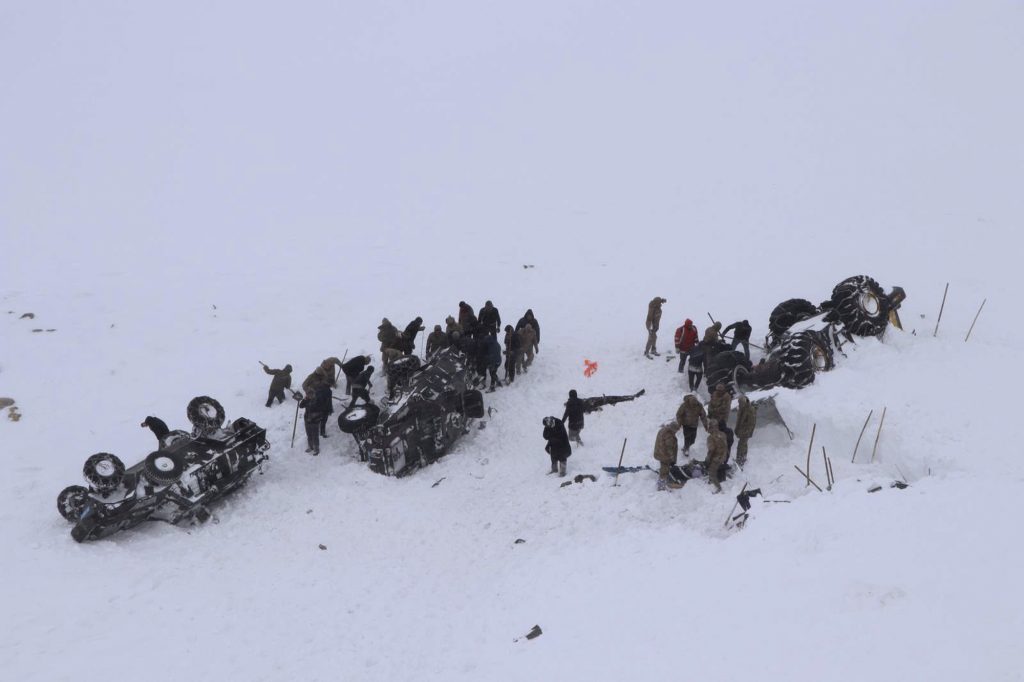 An avalanche slammed into a mountain road in eastern Turkey on Wednesday, wiping out a huge team of rescue workers sent to find people missing in an earlier avalanche. Officials said 33 emergency workers were killed, 53 were injured and others are still buried under the snow.

Wednesday’s avalanche increased the overall death toll from the disaster to 38.

Some 300 emergency service workers were called to a highway near the mountain-surrounded town of Bahcesaray in Van province, which borders Iran, after an avalanche struck late Tuesday. That snow slide killed five people and left two missing. Around noon Wednesday, the team was struck by the second avalanche.

Emergency teams were still searching for other colleagues under the snow, Bilmez said. He did not provide a figure of how many more could be missing.

Some 30 emergency workers were either pulled out of the heap of snow or escaped themselves and were hospitalized Wednesday, the Interior Ministry said. There was no further information on their conditions.

Video from the scene showed at least three overturned vehicles at the bottom of a hill during a snowstorm. Some rescuers were struggling to climb out of a steep incline while others dug frantically into the snow with shovels and pick-axes. Fog, heavy snow and strong winds were hampering the rescue efforts.

The head of AFAD’s operations in Van province, Osman Ucar, was among those injured. Speaking from his hospital bed, he said he was dragged along with an excavator that was toppled by the sliding snow.

“I was half-buried,” he said, adding that he escaped on his own.

The first avalanche buried a snow-clearing vehicle and a minibus. The vehicle’s operator and seven passengers escaped alive.

The state-run Anadolu Agency said the driver, Bahattin Karagulle, was trapped beneath the snow for 25 minutes before he managed to break a window and escape. He walked toward a village to get help before being picked up by a passing vehicle.