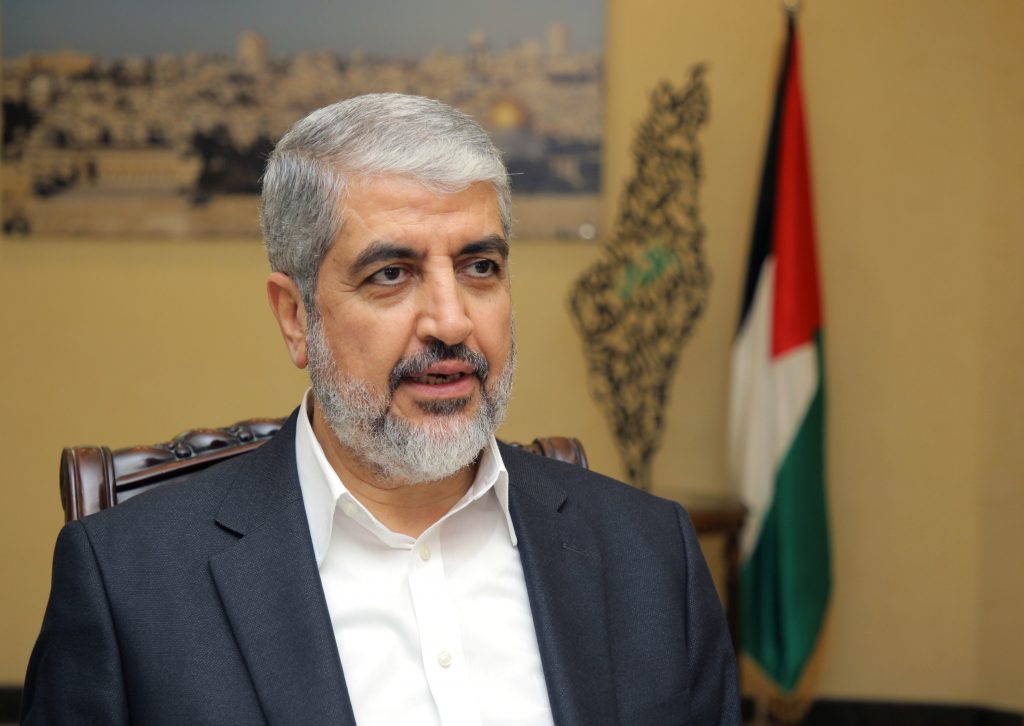 “We completely reject this deal and we are confident it will fail. But we will not wait for its failure, we will make it fail,” Meshaal told Reuters from his residence in Qatar’s capital Doha.

Meshaal said Palestinians were talking with each other about how to mobilize against what Trump has called the “deal of the century.”

“The consensual Palestinian position is to reject it,” he said. “We have begun positive steps to unify the Palestinian side. [We hope] it will cause this deal to fail.”

Meshaal criticized certain Arab states for endorsing the proposal, saying this was “not an honorable position.”

At the plan’s unveiling, Trump publicly thanked the ambassadors of the Gulf states of Bahrain, Oman and the United Arab Emirates for their support of peace efforts and for attending the event.

Some analysts say Arab powers appear to be prioritizing close ties with the United States that are vital to countering Iran over traditional unswerving support for the Palestinians in their reaction Trump’s plan.

The Hamas movement, in which Meshaal remains a prominent and influential figure, controls the Palestinian enclave of Gaza.

Meshaal said the Trump deal was not new, but was launched now to coincide with domestic politics in the United States and Israel.

“Our people have thwarted many poisonous deals and settlement plans that others have tried to impose on our people,” said Meshaal. “The righteous are stronger than the unrighteous.”