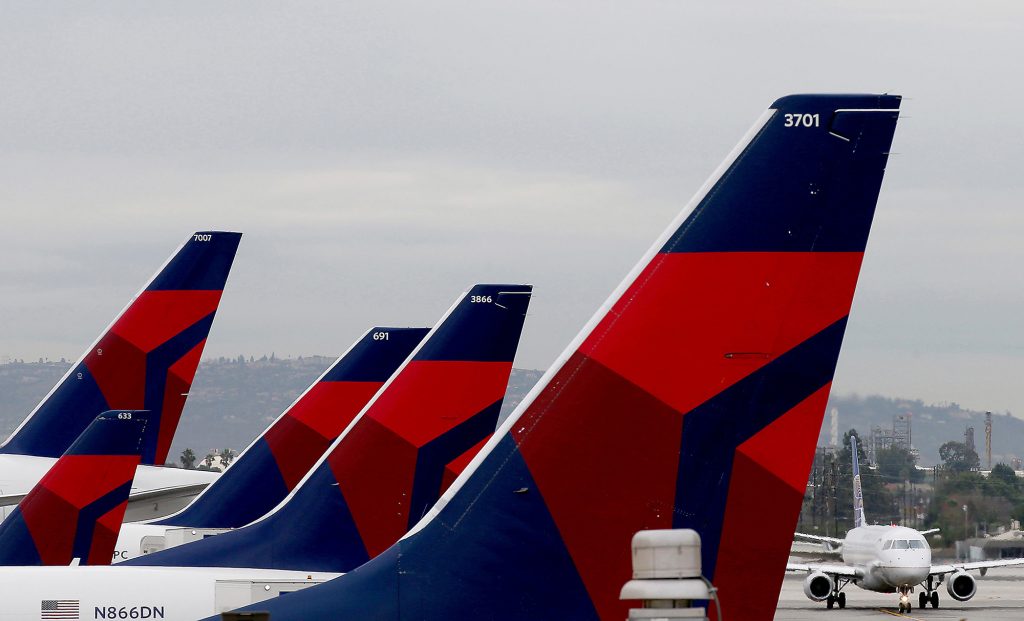 The U.S. Department of Transportation is fining Delta Air Lines $50,000 for alleged discrimination against Muslim passengers in two separate incidents in 2016.

Atlanta-based Delta disagrees with the DOT’s contention that it engaged in discriminatory conduct, according to a DOT consent order issued Friday.

The consent order comes after the Council on American-Islamic Relations requested a federal investigation into one of the incidents, involving passengers Faisal and Nazia Ali, U.S. citizens of Pakistani descent who were headed home after a trip to France.

According to the DOT, the couple boarded a Delta flight in Paris on July 26, 2016, to return home to Cincinnati.

A passenger told a flight attendant that the couple’s behavior during boarding made her nervous, according to the DOT.

The flight attendant “reportedly claimed that Faisal Ali tried to hide his cell phone and was sweating and that he said the word ‘Allah,’” according to CAIR. The organization said Ali put his phone in his pocket after texting his mother to let her know they were on the plane, and that the flight had been delayed at the gate and it was warm on the plane.

Both flight attendants spoke with the captain, who conferred with Delta’s corporate security, which told the captain that the couple were U.S. citizens returning home and there were “no red flags,” according to the DOT. The captain had the couple deplane to take a later flight. A security officer interviewed them, then reported to Delta’s corporate security that they were clear to travel.

However, the captain refused to accept the couple back onto the plane “because the flight attendants were not comfortable” having them on the flight, the DOT says.

The couple was escorted back to the terminal, allowed to leave without any further security screening and rebooked on a Delta flight the next day, according to the consent order.

The DOT said it appears that but for their perceived religion, “Delta would not have removed or denied them reboarding.”

In another incident, on July 31, 2016, on a Delta flight, the DOT says a Muslim passenger it calls “Mr. A” boarded a flight in Amsterdam bound for New York, and passengers observed someone who appeared to give him a small package. Flight attendants saw that Mr. A moved to a window seat and “looked outside the window constantly, and appeared to be perspiring,” according to the DOT.

A first officer saw nothing remarkable about Mr. A and Delta corporate security told the captain Mr. A’s record had “no red flags,” and the captain decided to proceed with the flight.

But after flight attendants expressed “that they remained uncomfortable,” the captain changed his mind, returned to the gate and asked that Mr. A be removed and booked on a later flight, the DOT says in its consent order. Mr. A was not subject to additional security screening before being rebooked.

The DOT says it finds the captain’s removal of Mr. A from the flight after being cleared was discriminatory.

The DOT received 96 complaints regarding discrimination in air travel in 2018, including complaints based on race and religion, according to the most recent full-year Air Travel Consumer Report data. The three major airlines had the most such complaints: American had 21, Delta had 15 and United had 12. The DOT enforcement office said it “views seriously Delta’s violations” and believes enforcement action is warranted.

The consent order directs Delta to cease and desist from such violations, assesses $50,000 in civil penalties, and mandates civil rights training to certain Delta crew members and customer service representatives.

The training “must make clear that, in the absence of a valid safety or security concern, passenger or crew discomfort is not an acceptable basis to deny transportation,” the DOT says.

Delta did not dispute that the two incidents “could have been handled differently,” but said that does not necessarily mean it acted improperly, according to the consent order.