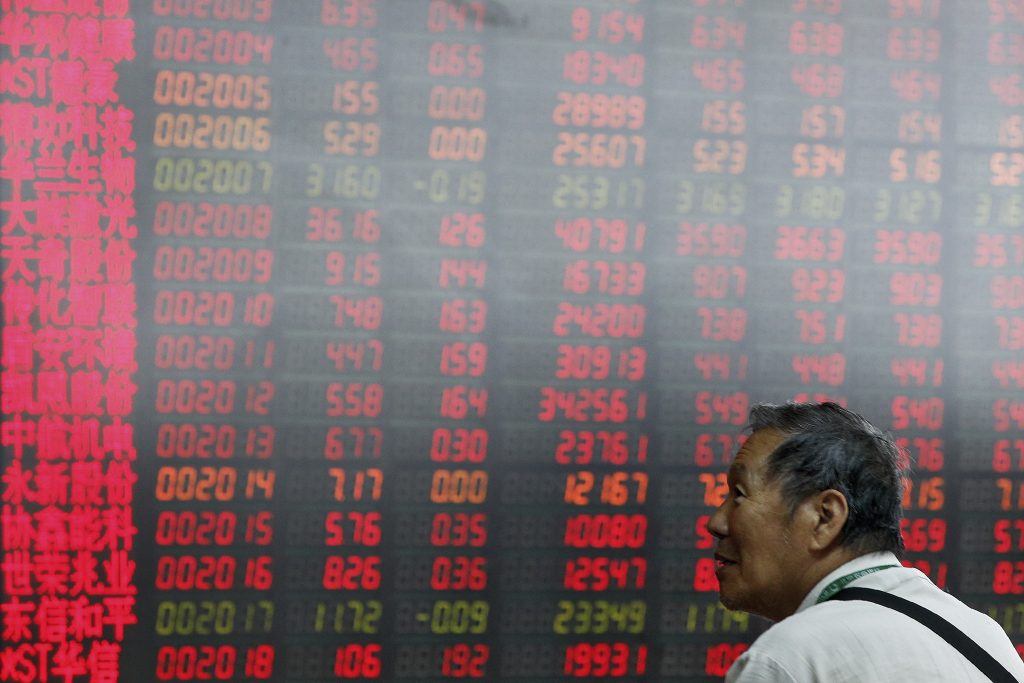 Shares were mostly higher in Asia on Wednesday after U.S. stocks tumbled overnight as a virus outbreak in China rattled global markets.

There was little regional news apart from the virus to drive trading, though South Korea reported better than expected economic growth in the last quarter of 2019. Its GDP rose 1.2% from the previous quarter, an improvement on the previous quarter’s 0.4% growth. Economists attributed the stronger growth to increased government spending, reduced trade friction and a recovery in demand for semiconductors.

“It continues a noticeable trend of improving data in Asia over the past few months, which does imply a recovery is underway,” Jeffrey Halley of Oanda said in a commentary. However, he noted that a “soft underbelly” of risk remains, as evidenced by the worldwide retreat in financial markets Tuesday on news the new coronavirus can be spread between humans, not just between animals and humans as earlier suspected.

On Wednesday, Chinese authorities reported the number of people confirmed infected by the virus first reported in the central Chinese city of Wuhan had risen to 440, with nine deaths. One case has been reported in the U.S.

The outbreak has coincided with the peak travel season in China for the Lunar New Year festival, and stocks of U.S. companies that cater to Chinese tourists had some of the biggest losses, along with general travel companies, such as airlines. Along with banks, industrial and energy stocks accounted for a big share of the selling. Those losses outweighed gains in real estate stocks, utilities and household goods makers. Traders also shifted money into U.S. government bonds, sending yields lower.

“From an investment standpoint, the risk with any virus is in the scope of its economic impact, and the mere fact that this has spread from China overnight to the U.S. so quickly reinforces the idea that the negative fallout could be global rather than local,” said Alec Young, managing director of Global Markets Research for FTSE Russell.

Boeing shares slid 3.3% after the aircraft manufacturer said that it doesn’t expect federal regulators to approve changes to the grounded 737 Max until this summer — several months longer than the company was saying just a few weeks ago.

U.S. companies are in the midst of reporting their earnings results for the last three months of 2019, and early indications are encouraging. Less than a tenth of S&P 500 companies have reported their results so far, but of them, 72% topped analysts’ forecasts for profits. Those forecasts were low, to be sure, with analysts saying S&P 500 profits fell last quarter for the fourth consecutive time, according to FactSet.