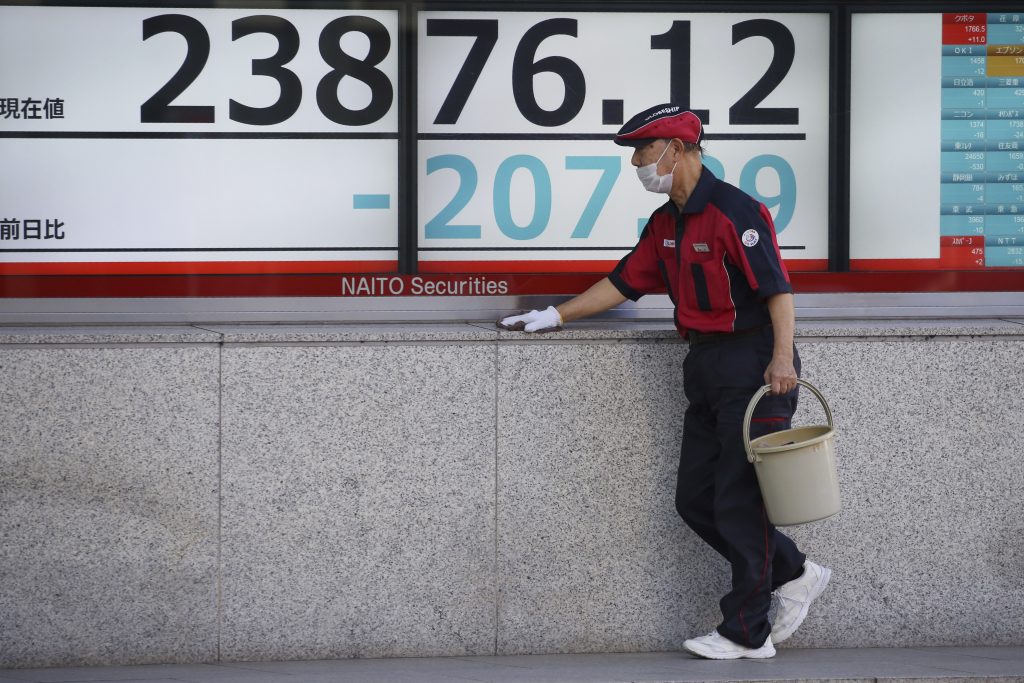 Market indexes in Shanghai, Tokyo, Hong Kong and Sydney all retreated following the Chinese government’s announcement of a fourth death from coronavirus. The outbreak, centered on the city of Wuhan, has sickened more than 200 people.

Authorities said some infections were transmitted person-to-person, increasing the risk the disease might spread faster during the Lunar New Year holiday, the Chinese-speaking world’s busiest travel season. That prompted selling of shares in airlines, hotel operators and other travel-related companies.

Other Asian governments stepped up screening of travelers from China, highlighting the potential impact on tourism revenue.

The outbreak “is developing into a major potential economic risk to the Asia-Pacific region,” said Rajiv Biswas of IHS Markit in a report.

The outbreak and measures to stop it could affect tourism, retailing, restaurants, air travel and other industries, said Biswas. He pointed to the example of the 2003 outbreak of severe acute respiratory syndrome, whose economic impact was felt as far away as Canada and Australia.

The Bank of Japan left its policy rate at -0.1% and reaffirmed its commitment to increase holdings of government bonds. Board members raised their projection of economic growth in the year that starts in April to 0.9% from 0.7%.

The European central bank also is due to make an interest rate decision this week.