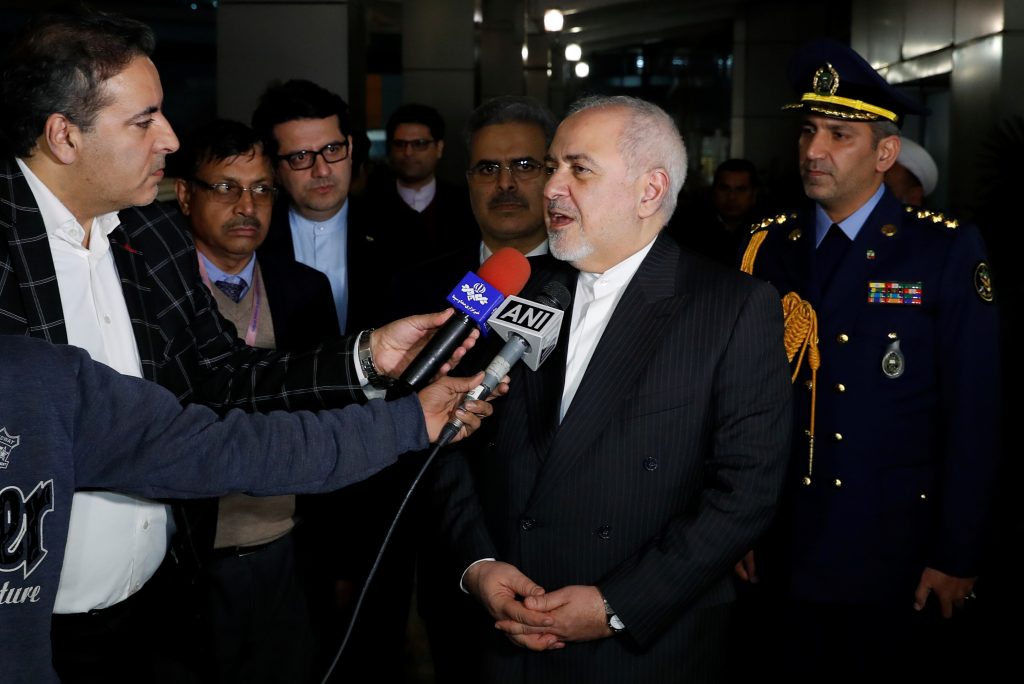 Iran’s top diplomat acknowledged Wednesday that Iranians “were lied to” for days following the Islamic Republic accidentally shooting down a Ukrainian jetliner, killing 176 people, as the country’s president warned that European soldiers in the Mideast “could be in danger” after three nations challenged Tehran over breaking limits of its nuclear deal.

The comments by Mohammad Javad Zarif in New Delhi represent the first time an Iranian official referred to the earlier story that a technical malfunction downed the Ukraine International Airlines flight as a lie.

Meanwhile, President Hassan Rouhani’s remarks in a Cabinet meeting represent the first direct threat he’s made to Europe as tensions remain high between Tehran and Washington over President Donald Trump withdrawing the U.S. from the deal in May 2018.

The shootdown has sparked days of angry protests in the country.

“In the last few nights, we’ve had people in the streets of Tehran demonstrating against the fact that they were lied to for a couple of days,” Zarif said.

Zarif went onto praise Iran’s military for being “brave enough to claim responsibility early on.”

However, he said that he and President Hassan Rouhani only learned that a missile had downed the flight on Friday, raising new questions over how much power Iran’s civilian government has in its Shiite theocracy. Iran’s paramilitary Revolutionary Guard, which shot down the aircraft, knew immediately afterward its missile downed the airline.

The Guard is answerable only to Supreme Leader Ayatollah Ali Khamenei, who is expected to preside over Friday prayers in Iran for the first time in years over anger about the crash.

In Tehran, Rouhani issued his threat in a wide-ranging speech that criticized Britain, France and Germany for starting the so-called “dispute process” of the 2015 nuclear deal.

“Today, the American soldier is in danger, tomorrow the European soldier could be in danger,” Rouhani said. He did not elaborate.

On Tuesday, the European nations reluctantly triggered the accord’s dispute mechanism to force Iran into discussions, starting the clock on a process that could result in the “snapback” of U.N. and EU sanctions on Iran.

The Europeans felt compelled to act, despite objections from Russia and China, because every violation of the deal reduces the so-called “breakout time” Iran needs to produce a nuclear bomb, Britain’s Foreign Secretary Dominic Raab told Parliament.

Zarif, speaking in New Delhi at the Raisina Dialogue, blamed U.S. “ignorance” and “arrogance” for “fueling mayhem” in the Middle East.

Zarif also said that the the death of Iran’s most powerful commander, Revolutionary Guard Gen. Qassem Soleimani, in a U.S. airstrike in Baghdad was being celebrated only by President Trump, U.S. Secretary of State Mike Pompeo and the Islamic State group.

“When they assassinated a revered general in Iraq, violating Iraqi sovereignty, they thought, as Secretary Pompeo tweeted, that people would be dancing in the streets of Tehran and Baghdad,” Zarif said.