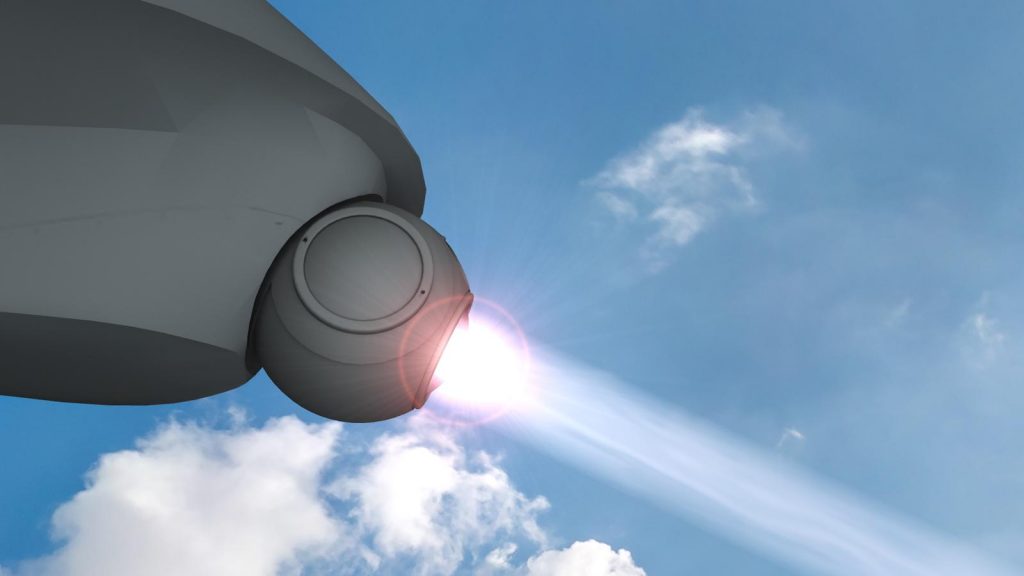 The Defense Ministry said on Wednesday that a “technological breakthrough” will soon enable Israel to shoot down enemy rockets and drones using a laser beam.

“We are entering a new age of energy warfare in the air, land and sea. The R&D investments made by the DDR&D (Defense Directorate of Research and Development) in the last years have placed the State of Israel among the leading countries in the field of high-energy laser systems. Throughout the year 2020, we will conduct a demo of our capabilities,” declared DDR&D head, Brig. Gen. Yaniv Rotem.

The laser defense is not expected to replace the Iron Dome system, which has proven highly successful, but would be deployed alongside it.

A great advantage of the laser technology is that it

will be far cheaper than existing air defenses; a single Iron Dome interceptor costs tens of thousands of dollars, whereas each laser firing would cost a mere dollar.

The disadvantage is lack of effectiveness in low visibility, when there is heavy cloud cover and other inclement weather.

“We can only shoot down with a laser what we can see,” explained Rotem.

In the coming year, the weapons development division, working with Elbit and Rafael, will create three versions of the laser system: a static ground-based system, one that can be loaded onto a mobile platform and one that can be attached to aircraft in order to circumvent the visibility issue.