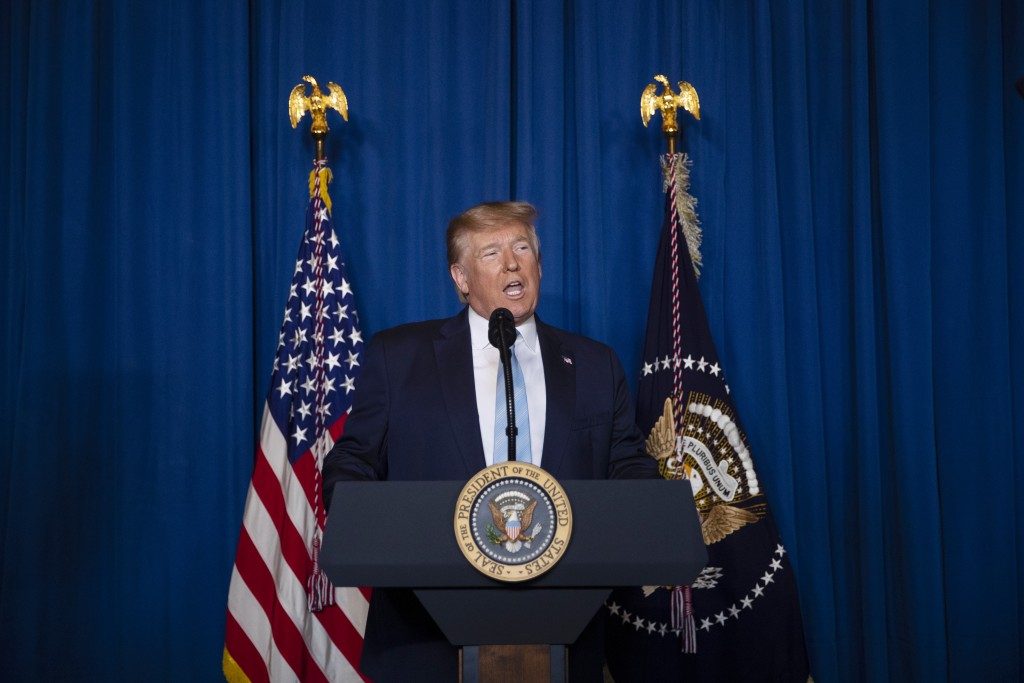 For years, successive American administrations considered eliminating an arch-terrorist named Qassem Soleimani. The head of Iran’s elite Quds Force, for the last two decades Soleimani masterminded terror attacks throughout the world, focusing on the Middle East, but spreading his evil net as far as New Delhi and London. Soleimani is thought to be responsible for the murder of at least 600 Americans in Iraq, and played a key role in the slaughter of hundreds of thousands of Syrians.

Yet, again and again, previous American presidents decided against taking out Soleimani, citing uncertainty as to how Iran would react. Soleimani was more than simply Iran’s top general, he was the key confidant of the ruling ayatollah, and he was more powerful than the country’s president.

This only served to further embolden this embodiment of evil.

Last Thursday night, following a courageous decision by President Trump, Soleimani’s reign of terror was finally brought to a screeching halt. As Soleimani arrived at the airport in Baghdad to meet with a local terror chieftain to plot new attacks against Americans, four missiles fired from an American drone blew up the car in which he was riding, eliminating him instantly.

Furious at the most recent attacks on U.S. targets in Iraq, including rocket strikes at a base that killed an American contractor and seriously injured four American servicemen, as well as a violent assault on the U.S. embassy in Baghdad — all of which were carried out at the direction of Soleimani — President Trump gave the order that would rattle the entire region.

The message that was sent to America’s enemies, in the words of President Trump, was unambiguous: “To terrorists who harm or intend to harm any American, we will find you; we will eliminate you. We will always protect our diplomats, service members, all Americans; and our allies.”

The world is certainly a better place without Soleimani, and hopefully it will also be a safer place.

In his address to the nation on Friday, President Trump stressed that America is seeking neither regime change nor a war.

“We took action last night to stop a war. We did not take action to start a war,” the president declared.

In the days, weeks, and months ahead, it will become increasingly clear whether Tehran is prepared to internalize the message it was given, and back down from furthering an escalation with America. While America, as well as Israel, prepares for possible revenge attacks, it is a time for concern and, in particular, prayer.

It is also a time to rally around the president.

The reaction of the assorted Democratic presidential hopefuls was hardly surprising, yet it was disappointing in the extreme. Without offering any alternative ideas of their own, and without access to the intelligence available to the president, they harshly criticized the decision to eliminate Soleimani.

The American people deserve better. There is no shortage of appropriate political talking points on which the Democratic contenders can disagree with the president. Eliminating an arch-terrorist shouldn’t be one of them. Destroying evil should be something all of America should support.