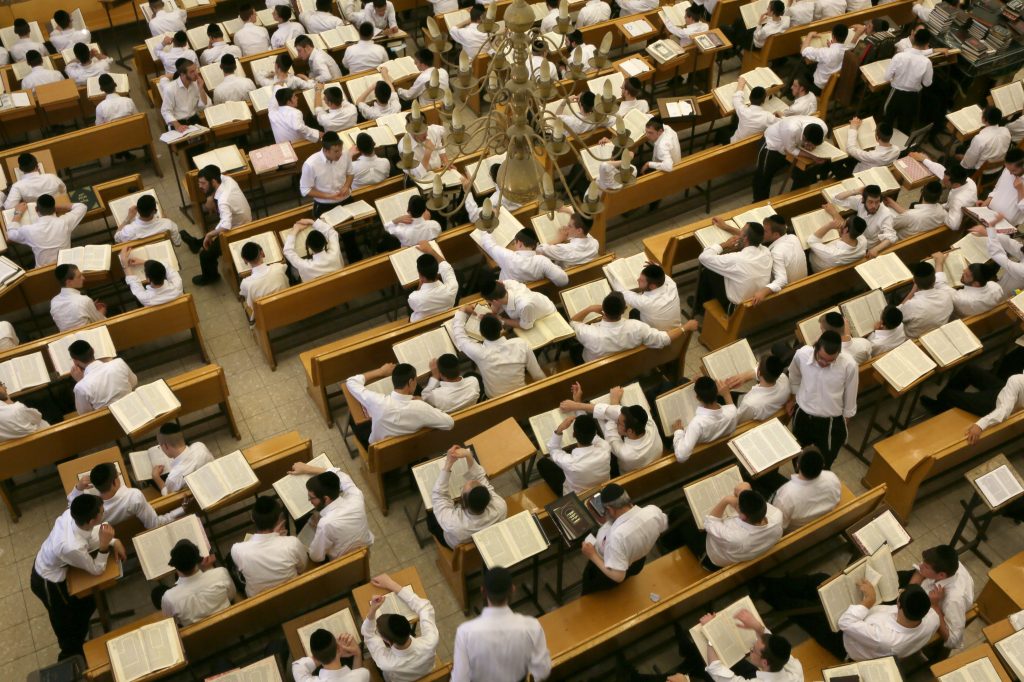 With the passage of more than two decades, I no longer remember his name, nor do I remember who introduced us. But I vividly recall the spirited conversation we had.

He was on the faculty of some Israeli university and had come to the United States as part of a research study to explore the topic of “integrating chareidim into the workforce.” A mutual acquaintance had suggested that we meet, and I subsequently invited him to my home for lunch.

My visitor proved to be a well-mannered, grateful guest whose research has some sort of affiliation with the Tal Commission, which had been tasked with dealing with the contentious issue of drafting yeshivah students into the Israeli army. However, my guest reassured me that his area of research was limited to getting more chareidim into the workforce, and he was focusing on whether, when it came to job opportunities, the Orthodox community in Brooklyn could serve as a model for the chareidim in Israel.

After we explored the various similarities and differences between the two communities, I asked him about the basic premise of his mission.

“Is your goal to help give chareidim more opportunities to earn a living, or is your real goal to integrate them into secular society?” I asked him.

He asked me what my objection was to the latter.

I pointed out to him that Israeli museums were filled with archaeological discoveries of an ancient Jewish civilization in Israel, and these artifacts are carefully preserved and protected.

“The chareidim are living artifacts, the remnants of the ancient Jewish people,” I told him. “I won’t try to convince you from a Torah perspective, though there are convincing arguments to be made that even a secular Jew could understand. But even strictly from a sociological perspective, why don’t chareidim deserve the respect you would give an ancient piece of pottery? Stop being condescending to us. Stop treating us like a primitive people who need to be forcibly trained how to live in the ‘real’ world, and instead view us as a living historical treasure to be protected and guarded just as we are.

“Those in academia should be the fiercest advocates for allowing chareidim to remain chareidim. If this would have been some African tribe, there would be international umbrage at your integration plans,” I added.

My guest listened politely and admitted that he had never thought of it that way. Months later I came across his written report on the subject. He listed me among those who had assisted him, but made no mention of what I had told him.

Little has changed since that conversation took place. Again and again, various Israeli politicians and others have called for chareidim to either join the army or, at the very least, engage in National Service. Not because the country has a need for chareidim in the army — it doesn’t. And learning Torah full time is the greatest form of “national service” imaginable.

These claims must be recognized for what they are. This isn’t about jobs for chareidim or filling a non-existent need for the army or national service. This is all about social engineering, about turning chareidim into mainstream, “open-minded” Israelis.

What is particularly remarkable is how those who seek open-mindedness in others are so lacking in it themselves and how those who claim to promote tolerance are can be so intolerant when it comes to a chareidi lifestyle.

There is much that the Israeli politicians can do to ease the financial plight of chareidim that would not interfere with their ability to continue to live their lives as chareidim. The askanim representing the leadership of the Torah community in Eretz Yisrael would be glad to give them guidance how best to accomplish this goal. But as long as the real goal is social engineering — or to use the politically correct verbiage, “integrating” chareidim into society — any talk about jobs for chareidim is a red herring.