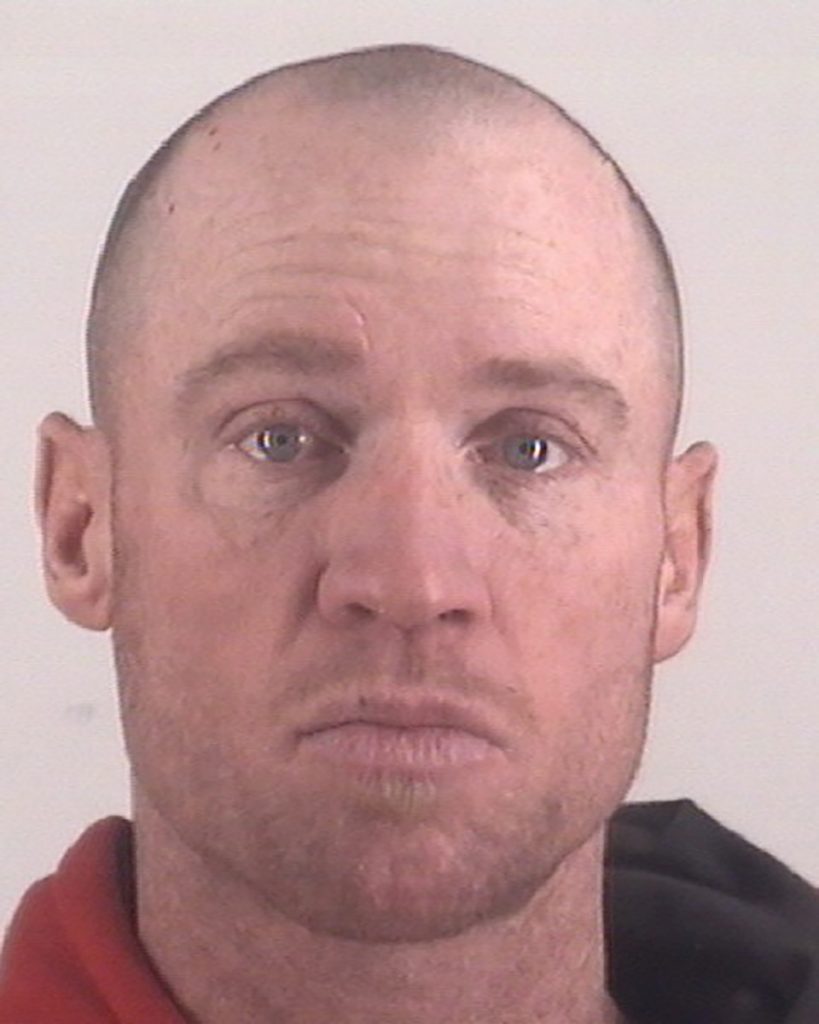 The congregation at a Texas church where two people were fatally shot had repeatedly given food to the gunman, according to the pastor, but had declined to give money to him, angering a man who court records show was deemed mentally incompetent for trial in 2012.

It’s unclear whether Keith Thomas Kinnunen’s extensive criminal record and psychological history would have barred him from legally buying the shotgun he used during Sunday’s attack at the church in the Fort Worth-area town of White Settlement.

Kinnunen, 43, shot worshippers Richard White and Anton “Tony” Wallace in the sanctuary before a member of the church’s volunteer security team shot and killed him, according to police and witnesses.

Minister Britt Farmer told The Christian Chronicle that he recognized Kinnunen after seeing a photo of him without the fake beard, wig, hat and long coat he wore as a disguise to the service.

Kinnunen visited the congregation several other times this year and was given food but denied money, the minister said.

“We’ve helped him on several occasions with food,” Farmer said in the interview. “He gets mad when we won’t give him cash.”

Authorities have said Kinnunen’s motive remains under investigation and they declined to comment on how he obtained the gun he used, though a Bureau of Alcohol, Tobacco, Firearms and Explosives spokeswoman said it had successfully traced the weapon.

In 2012, a district judge in Oklahoma ruled him mentally incompetent to stand trial and ordered him committed to a psychiatric facility for treatment.

Kinnunen was charged with felony assault and battery with a dangerous weapon after he attacked the owner of a Chickasha, Oklahoma, doughnut shop in 2011, court records state. He was separately charged with arson that year after allegedly starting a fire in a cotton field using lamp oil.

Earlier on the day of that fire, Kinnunen soaked a football in the accelerant, lit it on fire and threw it back and forth with his son, who was a minor, according to the arrest affidavit. The boy told police he was afraid his father would get mad if he asked to stop.

A forensic psychologist who examined Kinnunen in 2012 for both cases wrote that “Kinnunen currently evidences signs that are consistent with a substantial mental illness and that meet the inpatient criteria of a ‘person requiring treatment.'”

Records show that Kinnunen was found competent to stand trial in February 2013. However, both criminal cases were ultimately reduced to misdemeanors, to which he pleaded guilty.

One of Kinnunen’s ex-wives, Cynthia L. Glasgow-Voegle, also filed for a protective order against him in 2012, Oklahoma records show.

“Keith is a violent, paranoid person with a long line of assault and battery w/ and without firearms,” Glasgow-Voegle said in the petition. She also wrote that Kinnunen was prone to religious fanaticism and “says he’s battling a demon.”

Kinnunen got “more and more” into drugs and “it messed with his head” during their marriage, Angela Holloway, whose divorce from him was finalized in 2011, told the AP.

Holloway, a 44-year-old Fort Worth resident, said she hadn’t spoken to Kinnunen in years and learned from news reports that he was the church attacker. She said she and Kinnunen used to attend church together and that there were times he appeared to be off drugs, but that he was frightening by the end of their six-year marriage.

“He was really disturbed,” Holloway said.

She said that she doesn’t know whether Kinnunen was ever diagnosed with a mental illness and that she wasn’t sure whether he could legally have guns, but that he consistently did.

“I don’t know how he got them; I just know that he did have them,” she said.

In 2016, Kinnunen was arrested in New Jersey and charged with unlawful possession of a firearm. He eventually pleaded guilty to the lesser crime of criminal trespass, court records show. In Texas, he was charged with aggravated assault in 2008 but pleaded down to misdemeanor deadly conduct.

Federal law defines nine categories that would prohibit someone from being legally allowed to own or possess a firearm. They include being convicted of any felony charge or misdemeanor domestic violence, being subject to a restraining order or active warrants, being addicted to drugs, and being involuntarily committed to a mental-health institution or being found by a court to be “a mental defective.” However, it remained unclear whether Kinnunen qualified under any of the categories.

Despite a judge’s initial finding that Kinnunen was mentally incompetent to stand trial in Oklahoma, that wouldn’t necessarily have prevented him from legally purchasing a firearm, said Edwin Walker, a Houston-based attorney for U.S. & Texas Law Shield, a company that provides legal protection to gun owners.

“If he had only misdemeanors and none of those were for domestic violence, and his competency had been restored by judicial decree, then yes, he would have been able to purchase a firearm,” Walker said.

Seconds after Kinnunen opened fire in the church, Jack Wilson, a 71-year-old firearms instructor, shot him once in the head.

The actions of Wilson and other armed churchgoers drew praise from some Texas lawmakers and gun-rights advocates. Texas officials hailed the state’s gun laws, including a measure enacted in 2019 that affirmed the right of licensed handgun holders to carry a weapon inside places of worship unless a facility bans them.

President Donald Trump tweeted Monday night and Tuesday morning about the attack, both times highlighting the role of armed citizens in stopping the shooter. “If it were not for the fact that there were people inside of the church that were both armed, and highly proficient in using their weapon, the end result would have been catastrophic. A big THANK YOU to them!” Trump tweeted.

But other Texas lawmakers, while praising the churchgoers’ actions, called for a special legislative session to address gun violence after a devastating year that included mass shootings in El Paso and the West Texas cities of Odessa and Midland.

“We must respect the Second Amendment while also working together to keep guns out of the hands of those who wish to do harm to Texans worshiping in a church, attending school or shopping for their children,” state Sen. Beverly Powell, D-Fort Worth, said in a statement.