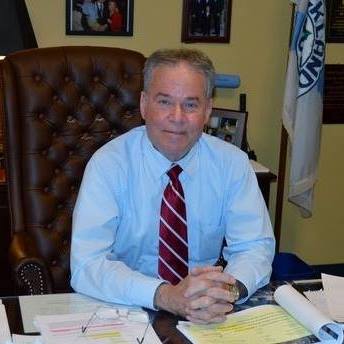 The machete attack that injured five people at a Chanukah melave malka “has been in the making for many, many years” due to anti-Semitic rhetoric, said New Square Mayor Israel Spitzer.

Lohud.com reports that at a meeting Monday, called by U.S. Sen. Kirsten Gillibrand (D-N.Y.) between Jewish and political leaders, Spitzer said that Jewish leaders have tried for years to combat the anti-Semitism.

“We have failed miserably, and this is the result,” he said.

“We come together to stand up against hateful rhetoric …. anti-Semitism … corrosive politics,” said Gillibrand. “That is not who we are as Americans.”

Jewish leaders at the event focused on political tensions in Rockland County between the Jewish community and some in the local Republican Party, including comments party leaders have allowed to remain on their social media pages.

“What we fail to see is that some of that propaganda is created right here in this county and our local elected officials are turning a blind eye,” said Asher Grossman, deputy mayor of Spring Valley.

Rockland County Executive Ed Day, who has been the focus of Jewish leaders’ complaints and attended the event Monday, did not speak during the event but later said that “there are three sides to every story” and that the county cannot monitor all comments on its social-media pages.

Maureen Porette, who ran unsuccessfully against Day’s re-election bid in 2017, yelled out during the meeting, “You need to be held accountable for rhetoric that incites violence.”

Gillibrand emphasized that social-media sites should remove hate speech from its platforms.