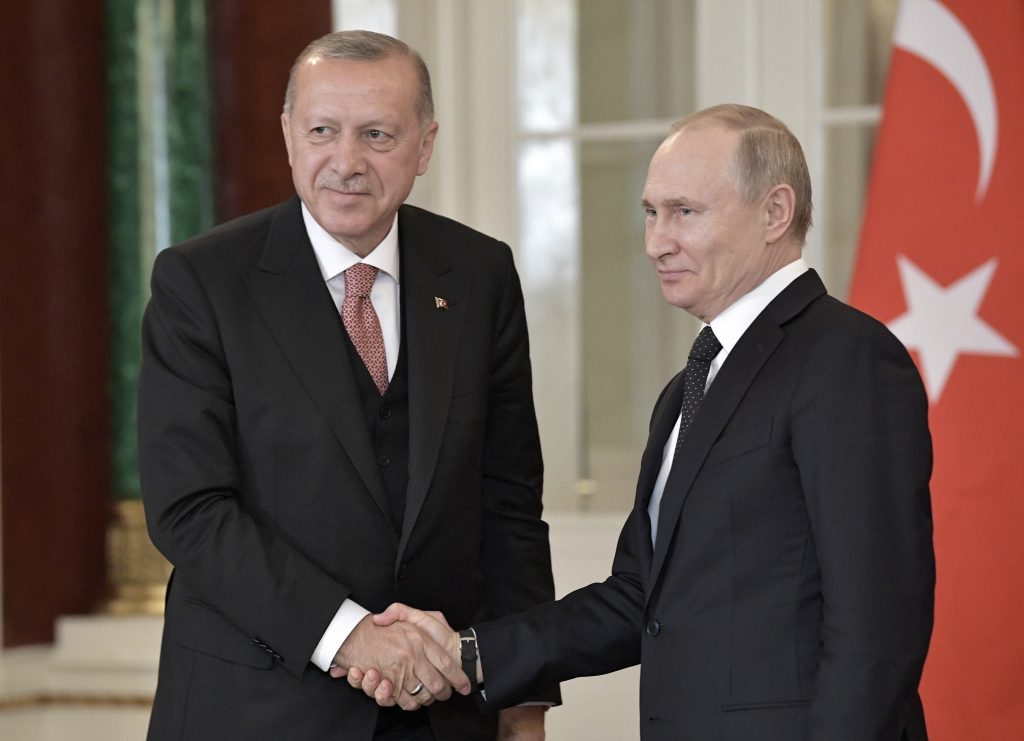 Turkey dug into its refusal to abandon its new Russian missile defense, saying it won’t bow to threat of crippling U.S. sanctions or trade the S-400s for an American system.

“They said they would not sell Patriots unless we get rid of the S-400s. It is out of question for us to accept such a precondition,” Ibrahim Kalin, a spokesman for President Recep Tayyip Erdogan, said late Tuesday after a cabinet meeting.

Turkey, which has NATO’s second-largest military, denies it is walking away from the alliance, but its row with the U.S. over its purchase of the Russian S-400s is escalating. Congress is pushing for sanctions against Ankara over the objection of President Donald Trump, who says such a move could drive Turkey closer to Moscow.

“An irrational anti-Turkish sentiment has prevailed in the Congress and it is not good for Turkish–American relations,” Kalin said. “They should know that such language of threat would push Turkey exactly toward places that they don’t want it turn to.”

Turkey plans to acquire a second S-400 battery and pursue a joint-development agreement with Moscow in order to be able to produce its own sophisticated ballistic missiles.

Trump has so far refrained from using a piece of legislation that allows the U.S. president to slap sanctions on any country that makes a sizable arms purchase from Russia. But a Senate committee recently approved a bill that would enforce the legislation, which could freeze Turkish assets in the U.S., restrict visas and limit access to credit.

The last time the U.S. sanctioned Turkey, to pressure it to release a detained U.S. pastor last year, the lira crashed and sent the Turkish economy into a recession from which it is still recovering.