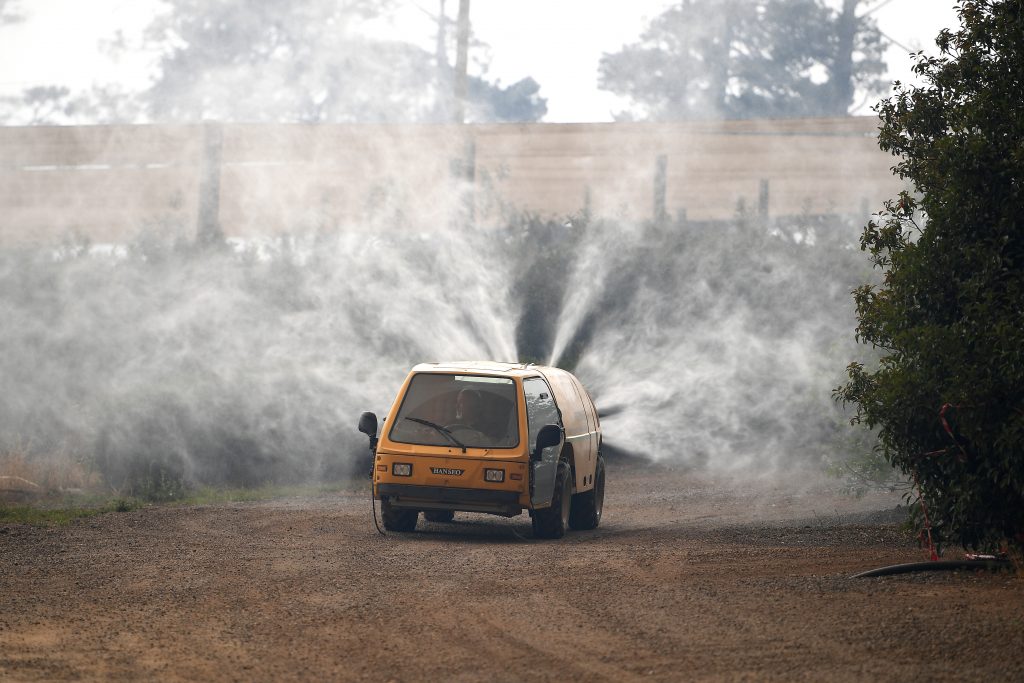 Australia’s most populous state was paralyzed by “catastrophic” fire conditions Saturday amid soaring temperatures, while one person died as wildfires ravaged the country’s southeast, officials said.

“Catastrophic fire conditions are as bad as it gets,” New South Wales Rural Fire Services Commissioner Shane Fitzsimmons told reporters. “Given we have a landscape with so much active fire burning, you have a recipe for very serious concern and a very dangerous day.”

New South Wales is in a seven-day state of emergency, with around 2,000 firefighters battling 100 wildfires.

Authorities confirmed Saturday that one person died and 15 homes were destroyed in South Australia as a wildfire ravaged the Adelaide Hills on Friday, just 40 kilometers (25 miles) from the state capital of Adelaide. Another person was critically injured after fighting to save his home from the fires.

That follows the death of a 24-year-old man in a road crash in South Australia on Friday, which sparked a fire in the area of the Murraylands.

“It is going to be a real scene of devastation, especially for those people in the Adelaide Hills who have been most affected,” South Australia Premier Steven Marshall said. “We know that in addition to the buildings and vehicles lost, there are very significant losses in terms of livestock, animals, crops, vineyards.”

The annual Australian fire season, which peaks during the Southern Hemisphere summer, started early after an unusually warm and dry winter. Around 7.4 million acres of land has burned nationwide during a torrid past few months, with nine people killed and more than 800 homes destroyed.

The devastation has put pressure on Prime Minister Scott Morrison, who has received criticism for going on a family vacation in Hawaii during the wildfire crisis. He apologized on Friday for any offense “caused to any of the many Australians affected by the terrible bushfires by my taking leave with family at this time.”

Morrison cut short his vacation and returned home on Saturday night. He is due to visit the New South Wales Rural Fire Service headquarters on Sunday.

Debate has reignited on whether Morrison’s conservative government has taken enough action on climate change. Australia is the world’s largest exporter of coal and liquefied natural gas.

“I find the Australian energy debate far too emotional, far too nervous and far too hot. It is hotter than the climate change itself,” he told The Sydney Morning Herald and The Age.

Morrison, who critics have deemed a climate change skeptic, conceded earlier this month that “climate change along with many other factors” has contributed to the wildfires.