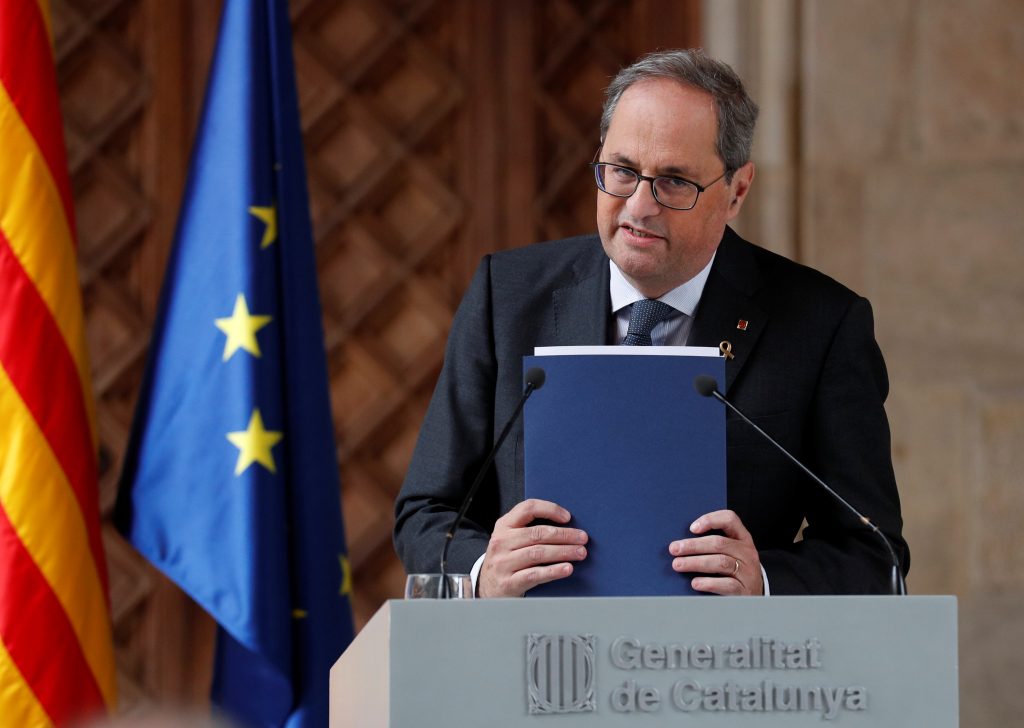 The pro-independence leader of Catalonia’s regional government has been barred from holding public office for 18 months over his refusal to order the removal of separatist symbols from buildings, the Spanish region’s highest court said on Thursday.

The ban handed to Quim Torra by the Barcelona court, for disobedience, could prompt snap elections in the wealthy northeastern region, where a movement calling for independence from Spain has cleaved society. Torra’s term as regional leader is set to end in 2021.

The sentence is open to appeal at Spain’s Supreme Court, meaning the ban, if upheld, could take months to come into force. Torra’s office had no immediate comment on the ruling, a spokeswoman said.

Since taking office in May 2018, Torra has repeatedly clashed with Madrid, most recently calling for a new vote on self-determination for the region as protests over the jailing of nine independence leaders were staged in Barcelona.