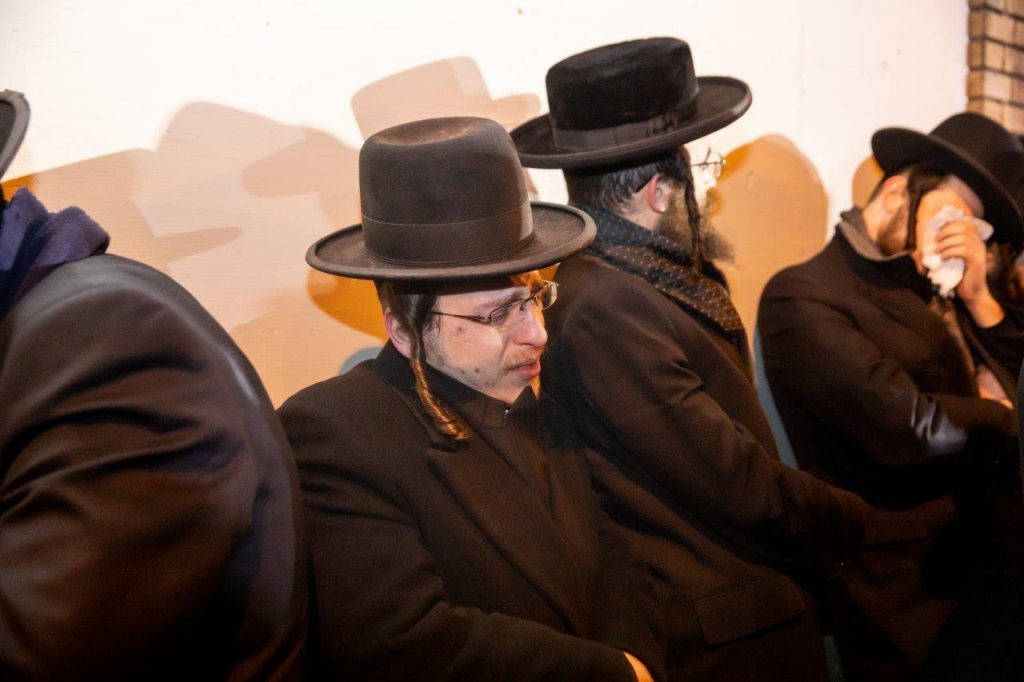 As the devastating news of the attack in Jersey City spread, world Jewry was plunged into grief and mourning. Most of the mourners were not acquainted with the victims; some never knew that a Jewish community existed in Jersey City. Word of these brutal, anti-Semitic murders pierced the collective heart of Klal Yisrael and, in unison, we declare, “Over these we weep.”

How does one find the proper words with which to console three young children of the Ferencz family, whose mother, Mrs. Leah Mindel Ferencz, Hy”d, was ripped away from them by a heinous killer? What can possibly be said to her bereaved husband, who left the JC Kosher Supermarket they owned together, to go to the shul next door and, upon his return, discovered the unfathomable? How can one comfort Mrs. Ferencz’s shattered father, who endured the pain of watching his daughter lose her mother at a young age, and now sees his beloved grandchildren orphaned from their mother as well?

How does one offer words of chizuk to the parents and siblings of Moshe Hersh Deutsch, Hy”d, on the inconceivable heartbreak they are now experiencing?

“A father is accustomed to bagleiten (accompanying) his son on his first day in cheder, and bagleiten him to his chuppah. It’s unusual for a father tzu bagleiten a son, especially a young son, at his levayah,” his father, Reb Shulem, cried out as he was maspid his son at the levayah.

“But we know that everything Hashem does is only good, only good … I plead with Hashem to give me and my family the koach to carry this burden and understand that it is only good.”

Indeed, only Hashem can be a comfort them, and may He do so, among all the aveilei tzion v’Yerushalayim.

We express our deep condolences to the friends and families of Jersey City Police Detective Joseph Seals and Douglas Miguel Rodriguez.

Det. Seals was a 15-year veteran of the Jersey City Police Department, a father of five, who sacrificed his life to try to save others. In his work, Seals focused on removing illegal guns from the streets of Jersey City, to make it safe for people in the community. Tragically, in the end, he was killed by a gun when he confronted the two murderers prior to their reaching the supermarket.

Mr. Rodriguez — a father of one, known by all by his first name, Douglas — was popular in the Jewish community. He was shot and killed in the kosher supermarket, where he worked.

Even in the tragedy, hashgachah pratis was evident, as another person in the store was wounded and is, baruch Hashem, recovering, while others miraculously escaped the killers and were unhurt.

Right next door to the JC Kosher Supermarket is a shul and cheder, which is thought to have possibly been the primary target of the two murders. B’chasdei Shamayim, no one there was harmed, while death raged right next door.

Amid the darkness, there were also rays of sunshine as the broader Jewish community rallied around the families — and the community of Jersey City. Thousands, both from within the Satmar community as well as individuals from all walks of Jewish life, attended the levayos and wept openly together with the families. As described elsewhere in these pages, we saw the outpouring of support and material assistance — as stores, companies, and organizations opened their hearts and gave significant amounts of food supplies to the community whose only kosher grocery was shuttered because of the attack.

We also acknowledge the rapid expressions of support by many — though not all — prominent elected officials in the tri-state area. We commend those who showed that they cared.

Rabbi Moshe Dovid Niederman, president of the United Jewish Organizations of Williamsburg and North Brooklyn, has been actively engaged in attempts to stem a spate of anti-Semitic attacks and vandalism in his neighborhood, and also acts as a spokesman for the Williamsburg-based Satmar community, with which the Jersey City victims were affiliated. As detailed in these pages, he points out that the unchecked anti-Orthodox speech in media and by some public officials had contributed to the violent threats facing Jews in the region.

“When there is an attack like this, there is an outcry from everyone, but for too long when people have spoken or written against Chassidic Jews, there was silence, not only from public officials, but even from most of the secular Jewish organizations. In some cases, you even hear a doubling down of support for those ideas. So what happens? These ideas of hate become acceptable until someone goes out and acts on them. This is something that has to become impermissible in our society,” Rabbi Niederman argues.

Most importantly, the very notion that in 2019, in the United States of America, Jews were killed only because they are Jews is something that we cannot ignore. Our obligation to undertake the requisite hishtadlus when it comes to governmental officials does not detract from our responsibility as individuals to engage in soul-searching and reflection.

We were sent a tragic sign that we are still Jews in exile, a message we must not take lightly, and we are privileged that Harav Elya Brudny, shlita, Rosh Yeshivah, Mirrer Yeshivah, Brooklyn, has shared with Hamodia his Torah insights about this reminder.