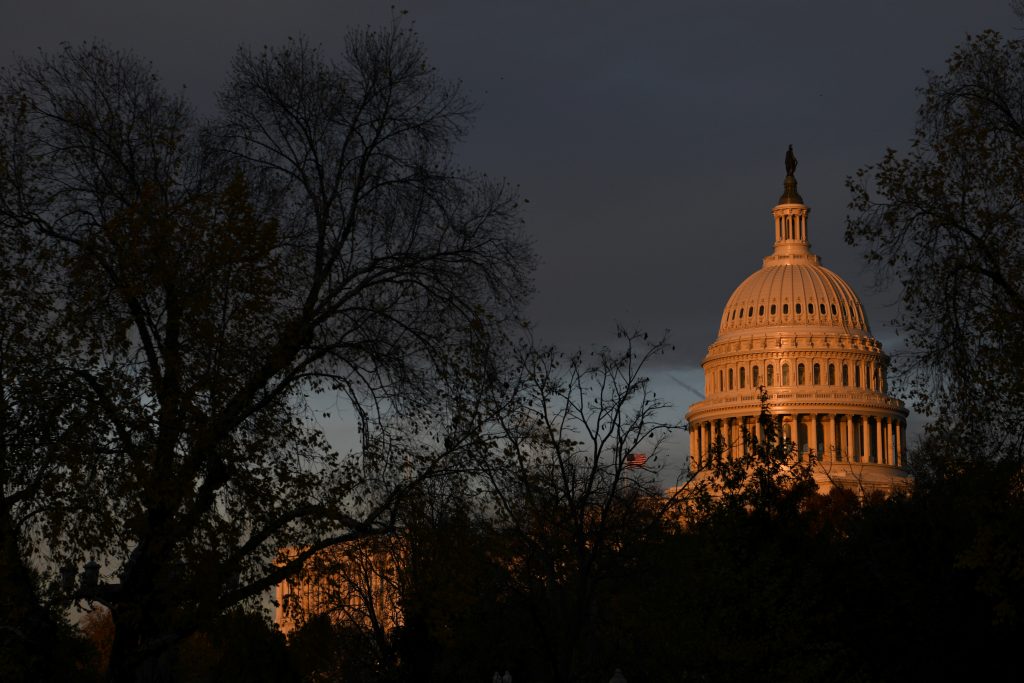 The House on Tuesday approved a massive $1.4-trillion spending package that would stave off a looming government shutdown and fund the federal government through next September, acting in a burst of bipartisanship just a day before Democrats plan to impeach President Donald Trump.

It would also remove three controversial parts of the Affordable Care Act, the 2010 law that was a top legislative achievement of President Barack Obama.

Even amid the rancor of impeachment, members of both major parties joined together to rain tens of billions of dollars of new spending on agencies across government, and boost priorities of their own. The legislation includes a number of grab-bag provisions large and small, raising the age of tobacco purchases to 21, providing long-sought funding for gun research, boosting funding for the census and eliminating three taxes from the Affordable Care Act.

The legislation also would enact dozens of tax credits and incentives for bio-diesel producers, brewers, distillers and others. The Committee for a Responsible Federal Budget chided Congress for embracing what it termed these “zombie tax extenders” that it said would add close to $500 billion to the debt over the next decade.

Despite Trump’s demands for $8.6 billion for a barrier along the border with Mexico, the issue that caused a 35-day government shutdown last winter, the legislation keeps border barrier funding at the current level of $1.375 billion. That represented a retreat for the White House, though officials at the White House Office of Management and Budget said the administration retained the flexibility it would need to move money from other accounts if necessary, as it has done in the past.

But along with money that was included to fund federal immigration agencies at current levels, the barrier spending was too much to swallow for some liberal lawmakers and members of the Congressional Hispanic Caucus, and they opposed the national security piece of the bill, which would fund the Department of Homeland Security.

The spending legislation will now move to the Senate; existing funding for government agencies is set to expire at midnight Friday. Trump has voiced frustration in the past to Congress’ habit of jamming huge spending increases into giant bills on deadline. But administration officials were involved in negotiating the package, and the president is expected it, according to the White House Office of Management and Budget.

In a further burst of bipartisanship Tuesday, the House Ways and Means Committee was poised to approve the new North American trade deal that was just finalized between House Democrats and the Trump administration. The committee vote would send the trade deal to the full House, which is expected to approve it this week. The new trade pact would update the 25-year-old North American Free Trade Agreement that Trump campaigned against, adding new labor and enforcement provisions sought by Democrats, and making good on Trump’s pledges to rewrite NAFTA.

Like the trade bill, the spending package includes provisions for both parties to celebrate. Democrats pointed to $25 million in funding for federal gun violence research and $425 million in election security grants, as well as a $208 million boost in funding for the Environmental Protection Agency.

The federal funding for gun-violence research is the first in more than 20 years. Other Democratic priorities included in the bill are a 3.1% pay raise for civilian federal employees, $7.6 billion in funding for the 2020 Census and record funding for education programs including Head Start.

Approval of the pay raise, which would be the largest since 2009, ends a year of back and forth over a boost for some 2.1 million executive branch workers. Trump initially recommended no hike, but then in late summer backed a 2.6% increase to be paid across the board.

Also included in the spending legislation is a bill to raise to 21 the national age for tobacco sales, a priority for Senate Majority Leader Mitch McConnell, R-Ky. It includes reauthorization of the Export-Import Bank of the United States, and a permanent repeal of several Affordable Care Act taxes that have faced bipartisan opposition since the act’s 2010 passage.

Republicans highlighted a $22 billion increase in Pentagon funding, which Democrats agreed to over the summer as part of a two-year, $2.7 trillion budget accord that also suspended the federal debt cap for the remainder of Trump’s first term.

The new deal fills in the details of agency-by-agency, account-by-account funding pursuant to that broader deal.