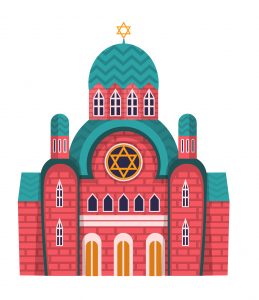 Funding for a program that provides security for houses of worship and other non-profit institutions received a 50-percent increase in a spending bill unveiled Monday by House leaders.

The $1.4 trillion spending bill increases to $90 million the funding for the federal Nonprofit Security Grant Program (NSGP), up from last year’s $60 million. The funding is used for security at places such as houses of worship, hospitals, libraries and museums.

“There is more to be done to combat anti-Semitism and keep our synagogues and schools safe and secure, but this dramatic increase in federal support is a large step forward,” said Nathan Diament, executive director of the Orthodox Union Advocacy Center, which has advocated for the security funding. Diament is a member of the Department of Homeland Security’s Subcommittee for the Prevention of Targeted Violence Against Faith-Based Communities.

The House will vote on the bill Tuesday.

The bill was unveiled less than a week after a man and woman armed with long guns killed four people in Jersey City, N.J., including three at a kosher supermarket. Their intended target may have actually been a shul and yeshiva next door. One of the assailants has been tied to the Black Hebrew Israelites, whose members espouse anti-Semitic ideologies.

The NSGP provides grants of up to $100,000 apiece to nonprofits at risk of terror attacks. The funding may be used for fencing, lighting, video surveillance, metal detectors, and blast-resistant doors, locks and windows, as well as to train staff and pay for contracted security personnel.

“The many attacks on our Jewish communal institutions highlight the tremendous need for additional measures to keep our community safe,” said OU President Mark (Moishe) Bane. “We have a responsibility to protect people whether at prayer, at school and in other potentially vulnerable places.”

Pentagon Debuts Its New Stealth Bomber, the B-21 Raider