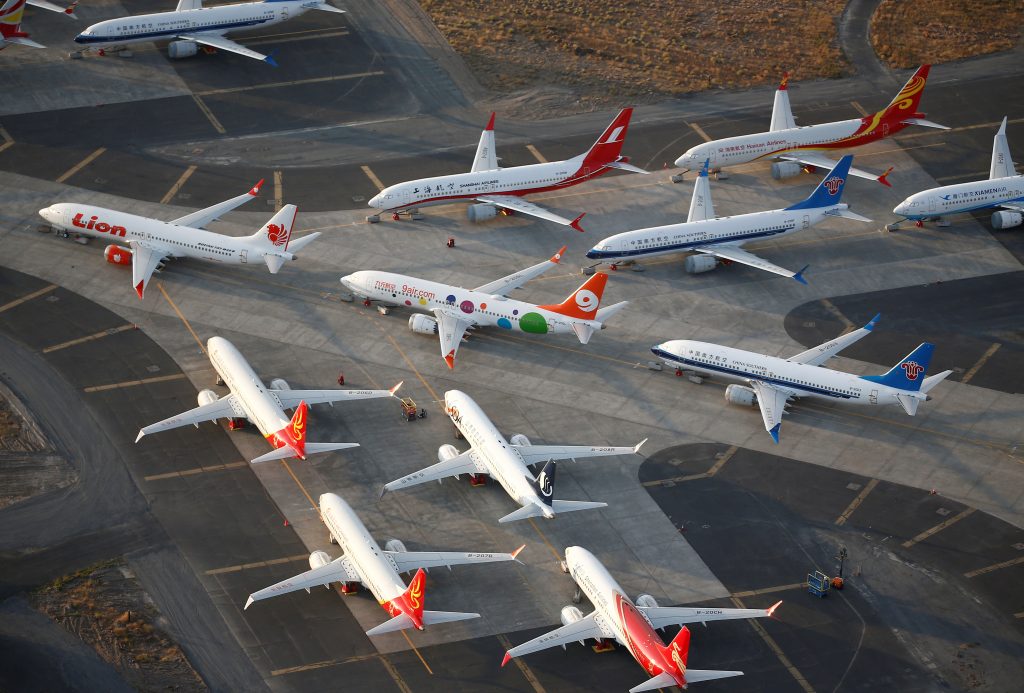 Boeing Co said on Monday it will halt 737 commercial production in January as the grounding of its best-selling MAX following two fatal crashes within five months looks set to last well into next year, a move that could hit its global supply chain and the U.S. economy.

The decision, made by Boeing’s board after a two-day meeting in Chicago, follows news last week that the Federal Aviation Administration (FAA) would not approve the plane’s return to service before 2020.

Boeing will not lay off any employees during the production freeze, it said.

The 737 MAX has been grounded since March after two crashes in Indonesia and Ethiopia killed 346 people within five months, costing the plane manufacturer more than $9 billion so far.

Until now Boeing has continued to produce 737 MAX jets at a rate of 42 per month and purchase parts from suppliers at a rate of up to 52 units per month, even though deliveries are frozen until regulators approve the aircraft to fly commercially again.

Halting production will ease a severe squeeze on cash tied up in roughly 375 undelivered planes, but only at the risk of causing industrial problems when Boeing tries to return to normal, industry sources said. Supply chains are already under strain due to record demand, and abrupt changes in factory speed can cause snags.

In 1997, Boeing announced a hit of $2.6 billion including hundreds of millions to deal with factory inefficiencies after it was forced to suspend output of its 737 and 747 lines due to supply chain problems.

Aside from additional 737 MAX charges, disruptions to production could also result in layoffs or furloughs of some of the 12,000 workers at Boeing’s 737 factory south of Seattle. Boeing said it will continue P8 production of the military version of the 737.

Boeing’s shares closed down 4% on Monday and fell 1% after hours. Shares in Spirit AeroSystems Holdings Inc, its biggest supplier, closed down 2%.

Spirit, which makes the MAX fuselage along with other parts such as pylons, said on Monday it would work with Boeing to understand any changes to the production rate.

Analysts highlighted Safran SA and Senior Plc as other suppliers that could experience disruption impacts.

Airlines with 737 MAX jets and orders also face added uncertainty after already scaling back flying schedules and delaying growth plans due to the grounding. Southwest Airlines Co, the largest 737 MAX customer, said last week it had reached a confidential compensation agreement with Boeing for a portion of a projected $830 million hit to operating income in 2019 from the grounding.