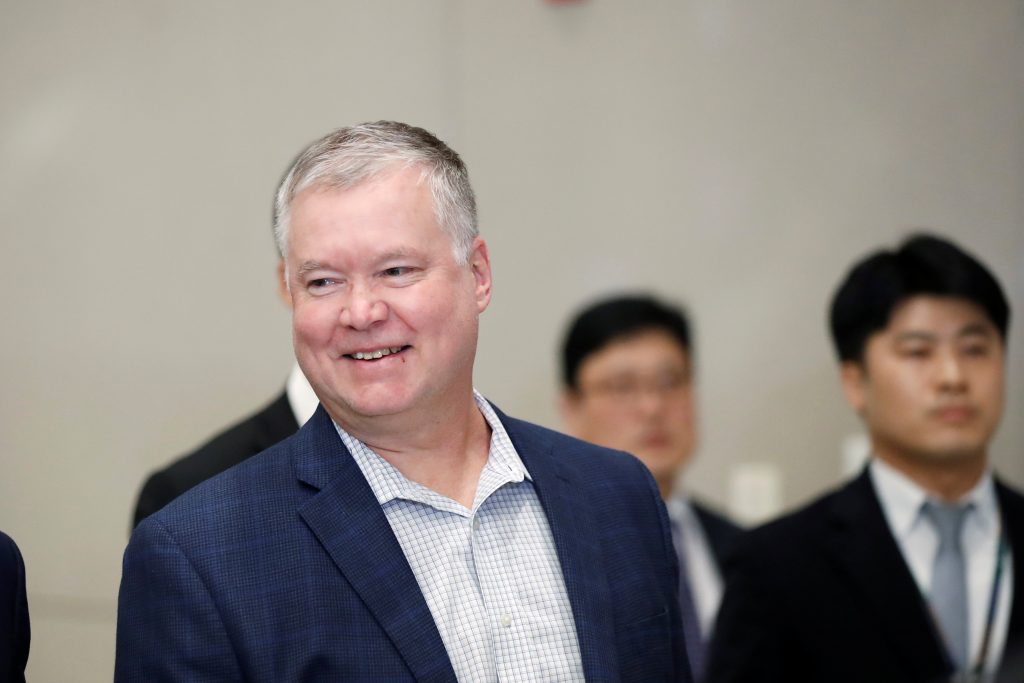 Stephen Biegun, the U.S. special envoy for North Korea, arrived in South Korea on Sunday as Pyongyang stepped up pressure on Washington to make concessions to revive stalled denuclearization talks ahead of a year-end deadline.

Biegun’s arrival came a day after North Korea said it made another “crucial test” at a rocket launch site to develop a strategic weapon to deter U.S. nuclear threats.

Biegun did not make any comments upon arrival at an airport near Seoul on Sunday afternoon.

Biegun plans to meet with South Korean President Moon Jae-in on Monday, as part of his three-day stay before leaving for Tokyo to consult with his Japanese counterpart. It is unclear whether he will meet with North Korean officials at the inter-Korean border.

Biegun’s trip led to speculation he might try to salvage negotiations by reaching out to North Korea, or by publicly sending a message.

North Korean leader Kim Jong Un and President Donald Trump met three times since last year to negotiate an end to Pyongyang’s nuclear and missile programs, but there has been scant progress.

North Korea has vowed to take an unspecified “new path” if the United States fails to address its demands before the end of the year.

Tension has been rising in recent weeks as Pyongyang has conducted a series of weapons tests and stepped up criticism of the United States, stoking fears the two countries could return to a collision course that they had been on before launching diplomacy last year.