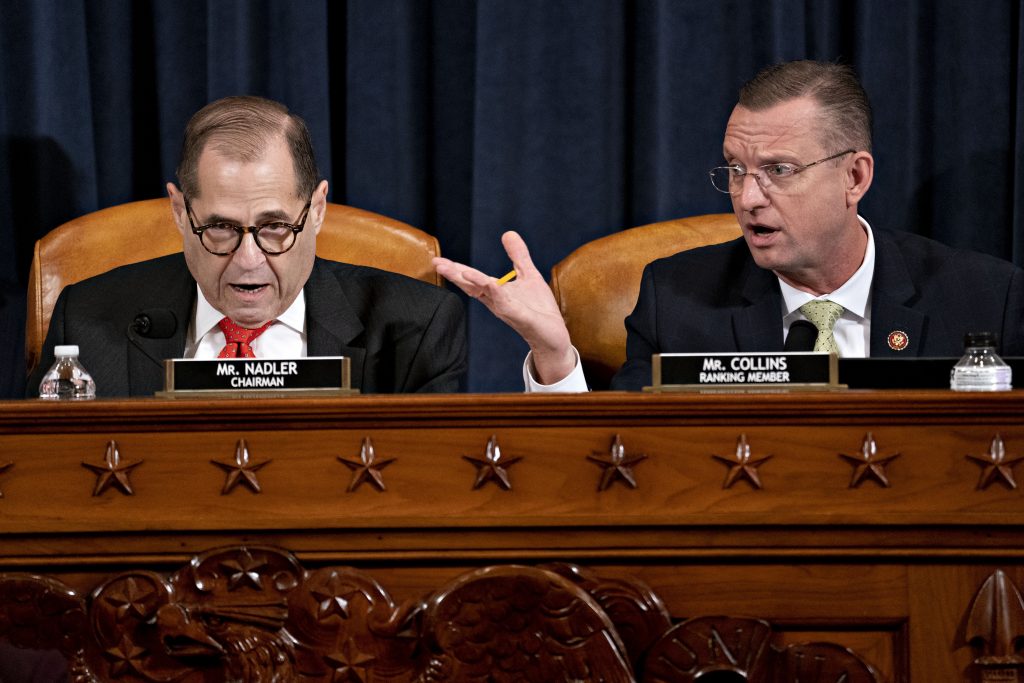 The House Judiciary Committee pushed deliberately toward a historic vote Thursday night to approve articles of impeachment against President Donald Trump, splitting sharply along party lines in a grueling session that stretched late into the evening. It was expected to end with charges being sent to the full House for action next week, before the end of year.

The committee, made up of some of the most strident Democrats and Republicans in Congress, clashed for hours in pointed and at times emotional debate, drawing on history and the Constitution to argue over the two charges. Trump is accused, in the first article, of abusing his presidential power by asking Ukraine to investigate his 2020 rival, Joe Biden, while holding military aid as leverage, and, in the second, of obstructing Congress by blocking the House’s efforts to probe his actions.

Trump is only the fourth U.S. president to face impeachment proceedings and the first to be running for reelection at the same time. He insists he did nothing wrong and blasts the Democrats’ effort daily as a sham and harmful to America. Republican allies seem unwavering in their opposition to expelling Trump, and he claims to be looking ahead to swift acquittal in a Senate trial.

Speaker Nancy Pelosi sounded confident Thursday that Democrats, who once tried to avoid a solely partisan effort, will have the votes to impeach the president without Republican support when the full House votes. But she said it was up to individual lawmakers to weigh the evidence.

“The fact is we take an oath to protect and defend the Constitution of the United States,” Pelosi told reporters. “No one is above the law; the president will be held accountable for his abuse of power and for his obstruction of Congress.”

The outcome poses potentially serious political consequences for both parties ahead of the 2020 elections, with Americans deeply divided over whether the president indeed conducted impeachable acts and if it should be up to Congress, or the voters, to decide whether he should remain in office.