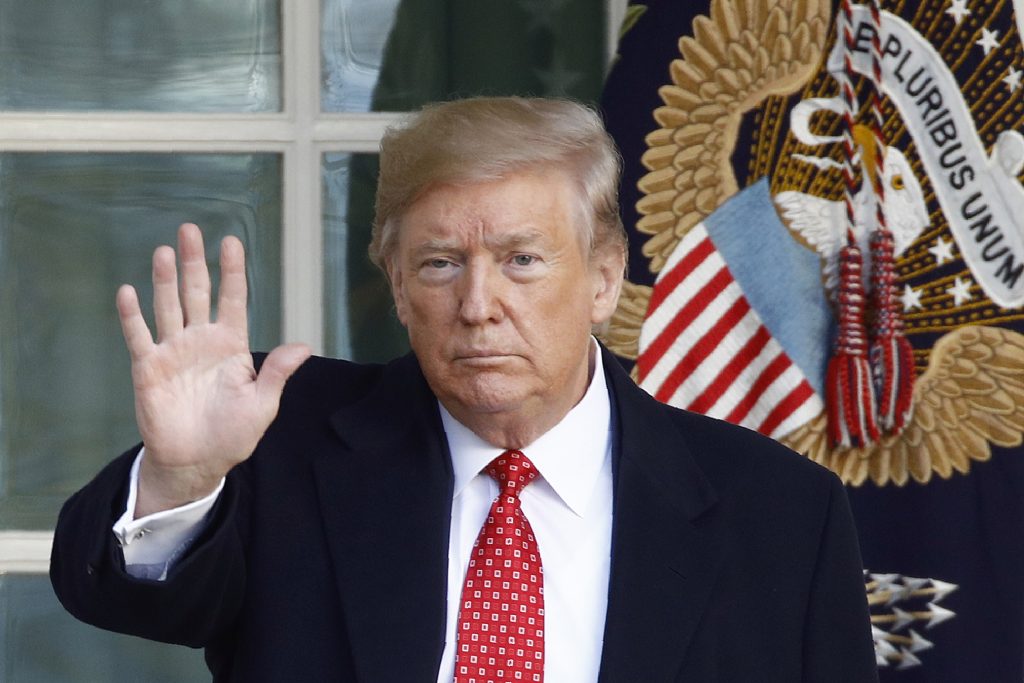 The GOP groups said the changes will lead directly to suppressing voter turnout and would “disproportionately” hurt Republican candidates.

Google has said that, beginning in January in the United States, advertisers will only be able to target political ads based on broad categories such as gender, age and postal code. Currently, ads can be tailored to more specific groups, such as political affiliation.

But the Trump campaign and Republican groups said Trump has built the greatest digital operation in politics, so Google’s decision will “disproportionately impact both the Trump operation and all of the Republican candidates and organizations that derive strength from it.”

“Google should immediately reverse its decision in order to ensure they do not suppress voter turnout during both the Democrat primaries and the 2020 general election,” the GOP groups said.

Democratic political groups have also been critical of Google’s new policy. “Tech companies should not reduce the power of the grassroots just because it is easier than addressing abuse on their platforms,” said leaders of the Democratic National Committee and allied groups helping oversee Democratic congressional campaigns.

Social media companies are grappling with how best to prevent a repeat of 2016 when Russian operatives, masquerading as Americans, used targeted advertisements and intentionally falsified news articles to interact with and attempt to deceive tens of millions of social media users in the United States.

Google’s announcement follows the decision by Twitter to ban political ads. Twitter also placed restrictions on ads related to social causes. Twitter said the move would help reduce the flow of election-related misinformation. The Trump campaign protested that change as well but said Google’s will have more impact.

“Much has been made of Twitter’s equally concerning decision to ban political ads and suppress speech, but because advertising on that platform is ineffective and only a tiny percentage of Americans use Twitter, their impact is insignificant,” the Trump campaign and GOP groups said in a joint release. “Google, however, is a serious platform with very deep reach across the entire country.”

Trump has been complaining of bias from social media companies, though he is a voracious user of their services. Republican groups followed his approach Tuesday, saying they’re skeptical Google’s new ad policy will be applied equally to conservative and liberal groups.

Google said in response to the Republican groups’ complaints Tuesday that it’s going to stay the course.

“We know that political campaign strategists on both sides of the aisle have raised concerns about how our changes may alter their targeting strategies,” said Google spokeswoman Charlotte Smith. “But we believe the balance we have struck … is the right one.”