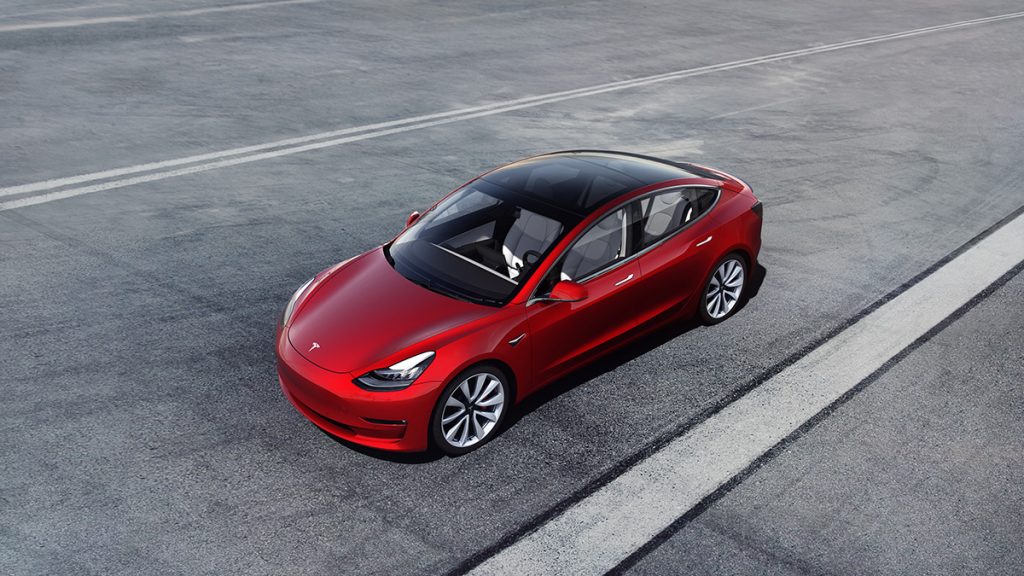 I’m a car enthusiast who bought a long-range, rear-wheel drive Model 3 a year ago (after putting down a $1,000 deposit waaay back in April 2016) because I wanted to follow the first viable U.S. auto start-up in my lifetime, live with an EV and drive the industry’s most innovative vehicle.

I bought the rear-drive car because it’s what I could afford. I pined for the wigged-out dual-motor, 473-horse Performance Model 3 with Track Mode, but its sticker price $20,000 north of the rear-drive chariot was prohibitive.

So when Tesla lowered the price of the Performance 3 this fall by $15,000 (just $6,440 more than my rear-drive drive car) I jumped at the chance to trade up for the brand’s most rabid sports sedan.

Buying a fully loaded Performance Model 3 allows me to tell you of the full capabilities of the tricked-out version of America’s best-selling EV. Indeed, the Model 3 last year outsold every luxury car in America.

The purchase was primarily a selfish one. I was reaching the limits of my car in track tests and knew the Performance 3 had more to offer.

I didn’t wait long to storm Champion Raceway at M1 Concourse in Pontiac, Mich., to put the dual motors to the test. On the street, the Performance car’s power advantage (nearly doubling the rear-wheel drive model’s 225 horses by unlocking more battery capacity) is obvious. Stomp the right pedal and the car explodes to 60 mph in a chest-caving 3.2 seconds, the 473 ponies getting instant traction via all-wheel drive. That’s not far off the $140,000, 760-horse, Ludicrous Mode, 2.8-second Model S P90D AWD I tested four years ago.

But on track, that’s the least obvious difference in the two cars. After all, instant torque off corners is an inherent advantage performance EVs have compared to gas cars that lose drivetrain efficiency by feeding its gas power to a combustion chamber lit off by a spark plug that shoves a piston that turns a connecting rod that (pause for breath) … well, you know.

Electric motors are instant power — the dual motor Model 3 just has more of it. Dual motors also allow more athletic handling. The 3’s dynamics are quite good with its low center of gravity, planted steering and sophisticated suspension. The Performance model turns up the wick, not just with better traction, but by using the motors in tandem for better rotation.

Tesla does this through Track Mode, exclusive to the Performance model. I turned it on while in Park, then attacked the M1 Concourse in Pontiac. Surprisingly, Track mode does not turn off battery regeneration, meaning the car still “brakes” when you pull your foot off the accelerator. I learned to use regen as a trail brake, tipping into the throttle with trail-brake oversteer as I entered a corner. Indeed, for all its EV sophistication, the Performance 3 has some good ol’ fashioned “Fast ‘n’ Furious” blood in its veins that encourages drifting.

The Performance Model also benefits from massive Brembo brakes that increase stopping power from the car’s impressive 110 mph top speed on the back straight. But I still got a brake-overheat warning after four laps (the RWD model protested after just two).

Speaking of Brembos, their red caliper hats are another subtle giveaway that more capability lives under the skin. Other than that, the front is the same ol’ blank face (with larger lower intakes to feed the battery within), and the Dual Motor badge is underlined red out back to differentiate it from the Model 3’s regular dual motor (4.1-second 0-60, no Track Mode).

Inside, nothing changes. Same black seats. Same 15-inch screen. Same wood dash stretching A-pillar to A-pillar. The same, that is, until a new over-the-air upgrade comes along.

Like every Tesla, the Model 3 improves over time. My RWD model was dramatically different after one year — in ways big and small. Big in that it now self-drives on geo-fenced highways, including automatic lane changes.

My new car got better within days of purchase, downloading software upgrade 3.10 that is most significant for its Enhanced Summon feature. Where the crowd-pleasing Summon once only allowed the car to drive forward or backward, it now can turn, negotiating its way out of parking spaces and trotting to you across a parking lot.

Manufacturing quality had improved over a year. My new car’s panel gaps were more uniform, with no blemishes like an unpainted inner-trunk corner.

Other things hadn’t changed as much as I would have hoped. Tesla’s service was still outstanding, but I had to travel to Cleveland to trade it in for my new car just as I had a year ago. Michigan still bans the California company from selling in-state.

Trade-in value was also consistent with the industry at about 25% deprecation after one year. Tesla has, after all, become a volume seller in the compact luxury-sedan segment just like BMW, Mercedes and Audi. My $57,500 2018 Model 3 traded in for $40,800 — about the same as offers I got online at Cars.com and CarGurus.

But where my Performance Model 3 started at $65,000 in 2018, my loaded 2019 model cost me just $63,940 — just over $6,000 more than my loaded RWD model. Sweetening the deal: free Supercharging by using a referral from a fellow owner as the Model 3 continues to save me hundreds of dollars at the gas pump.

What a year it’s been.

Lows: 30% devaluation of Model 3 on trade-in after 1 year