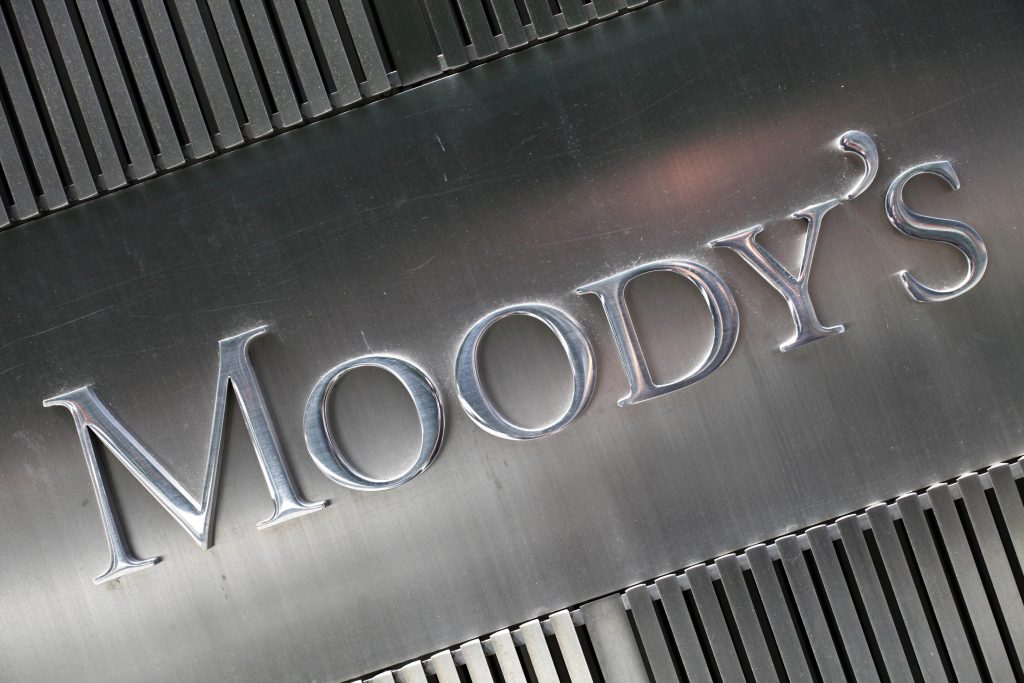 Despite warnings of economic paralysis growing out of the political impasse, there was good news from Moody’s, the international credit rating agency, which reaffirmed Israel’s A1 sovereign debt rating with a positive outlook, Globes reported on Sunday.

Israeli economists’ hand-wringing over the state budget deficit does not seem to worry the experts at Moody’s, who noted that the country “is one of only a handful of advanced countries that has a lower debt-to-GDP ratio now than before the global financial crisis.”

“Israel’s economic growth has outpaced most other advanced industrial countries over the past decade, driven by a strongly competitive high-tech export sector and a diversified economic base that now includes energy exports,” wrote Evan Wohlmann, a Moody’s Vice President–Senior Credit Officer and the report’s author. “The development of the Leviathan gas field is likely to further strengthen Israel’s net creditor position.”

However, the report was not oblivious to the political turmoil and its impact on the economy. “The current extended election season has prolonged political uncertainty and reform inertia, while also delaying more comprehensive efforts to address the widening budget deficit.”

“An intensification of fiscal consolidation efforts following the formation of the next government that helps to broadly preserve the debt-reduction gains seen over the past decade would be credit positive,” it said, without commenting on when or how that next government might emerge.

The export sector was another bright spot.

Israel’s exports are projected to increase from $109 billion in 2018 to a record $114 billion this year, the Central Bureau of Statistics and the Economy Ministry said on Sunday.

The Ministry attributes this mostly to a 12 percent rise in the export of services, led by the tech industry.

Some 30 percent of Israel’s economic activity is composed of exports, Reuters reports.

“Overall, exports to the European Union — Israel’s largest trading partner — rose 4.8% this year, led by the U..K, Spain, Poland and Belgium. Exports to the United States — the largest export market by country — rose 2% while exports to India grew 9%,” the report says. “Exports to Asian markets including China and Japan fell this year.”