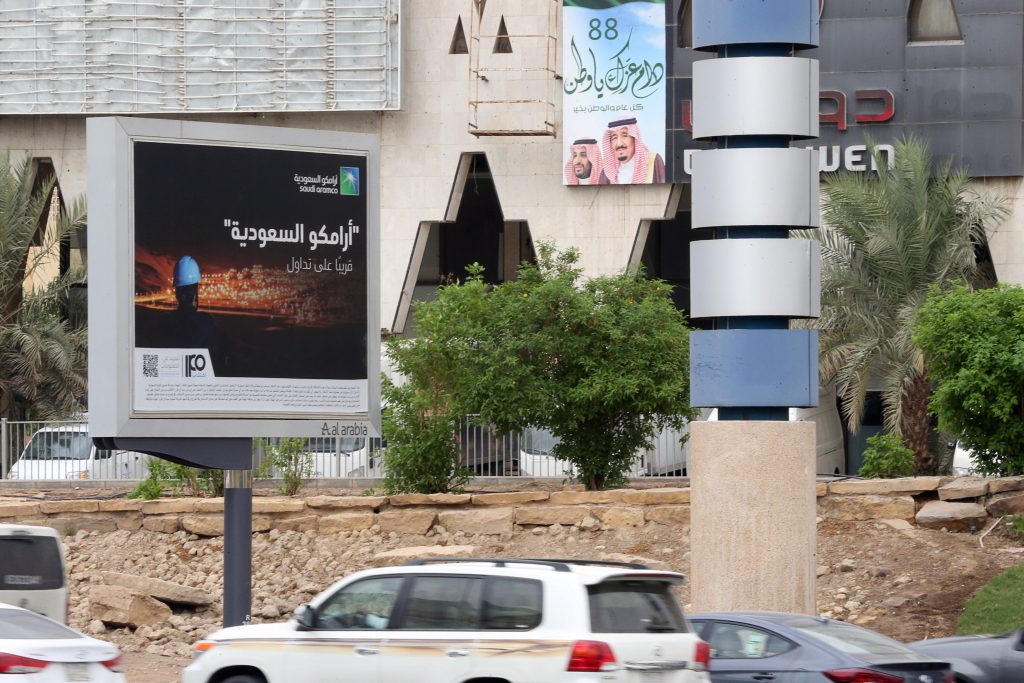 Saudi Arabia’s state-owned oil giant Aramco announced Sunday it will sell a 1.5% stake in the company as it looks to raise as much as $25.6 billion from the sale.

The newly released figures also revealed a valuation for the company that’s between $1.6 trillion and $1.7 trillion, a figure that fell short of the $2 trillion mark Crown Prince Mohammed bin Salman had sought.

Still, a 1.5% flotation could raise between $24 billion and $25.6 billion to help fuel the Saudi economy. Saudi Aramco announced it will have 200 billion regular shares, selling 1.5% or what is 3 billion shares.

Aramco will announce the final price for the stock when the book-building period ends on Dec. 5. Trading on the local Tadawul exchange in Riyadh is expected to happen sometime in mid-December.

The highly anticipated sale of a sliver of the company has been generating global buzz because it could clock in as the world’s biggest initial public offering, surpassing record holder Alibaba whose IPO raised $21.8 billion on its first day of trading in 2014.

Saudi Aramco is the kingdom’s oil and gas producer, pumping more than 10 million barrels of crude oil a day, or some 10% of global demand. The oil and gas company netted profits of $111 billion last year, more than Apple, Royal Dutch Shell and Exxon Mobil combined.

The kingdom’s plan to sell part of the company is part of a wider economic overhaul aimed at raising new streams of revenue for the oil-dependent country, particularly as oil prices struggle to reach the $75 to $80 price range per barrel analysts say is needed to balance Saudi Arabia’s budget. Brent crude is trading at just over $63 a barrel.

Prince Mohammed has said listing Aramco is one way for the kingdom to raise capital for the country’s sovereign wealth fund, which would then use that revenue to develop new cities and lucrative projects across Saudi Arabia.

Despite Aramco’s profitability, the state’s control of the company carries a number of risks for investors.

Two key Aramco processing sites were targeted by rockets and missiles in September, an attack which claimed by Iran-Backed Houthi rebels in neighboring Yemen but which Saudi Arabia blamed on its regional foe Iran. The government also stipulates oil production levels, which directly impacts Aramco’s output.