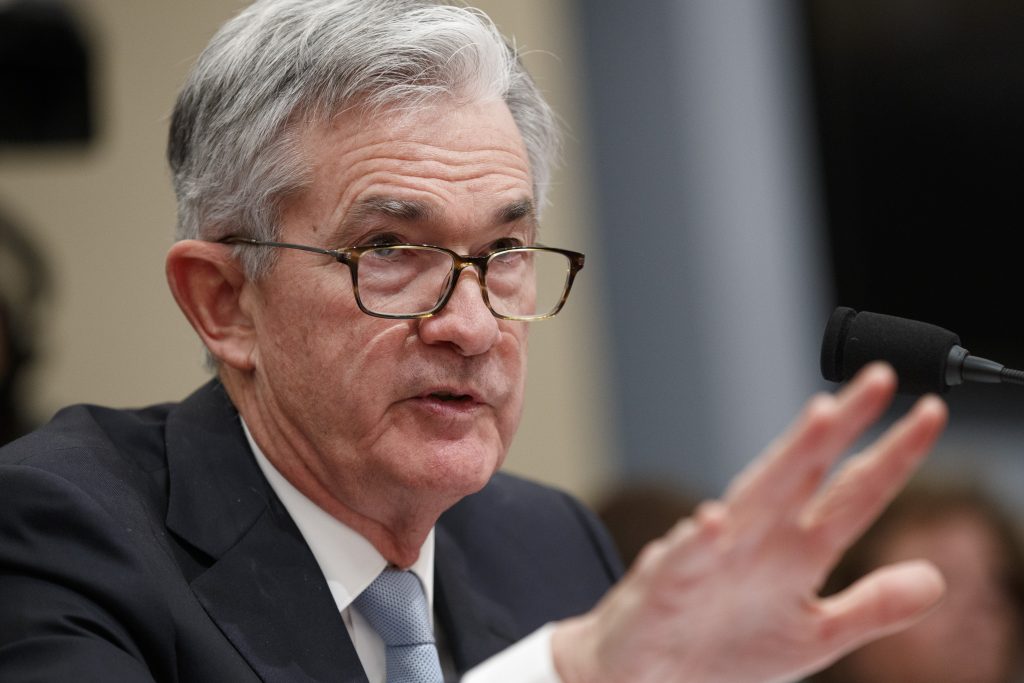 Powell’s testimony before the House Budget Committee came a day after he told Congress’ Joint Economic Committee that the Fed was likely to keep rates unchanged in the coming months, unless there were a “material” shift in the economic outlook.

Powell is one of the few leading public figures urging Congress to reduce the federal government’s annual deficit, which is nearing $1 trillion.

A large deficit will make it harder for Congress to cut taxes or boost spending when the next recession hits, Powell noted. That is a concern because, with the Fed’s benchmark interest rate already low, the Fed also has a limited ability to respond to downturns.

“It’s very important that Congress be able to support the economy because we won’t have as much room to cut,” he said.

Powell’s remarks came two weeks after the Fed cut its short-term rate to a range of just 1.5% to 1.75%, its third cut this year. The Fed took those steps to offset slowing global growth and the drag created by the U.S.-China trade war. Both have caused businesses to cut back on investment spending and have driven down factory output. Historically, the Fed has cut its rate by about 5 percentage points in recessions.

Still, Powell also emphasized his view that the economy is likely to keep growing, with little sign of a bubble in stocks or other assets that could later burst.

“There is no reason to believe that the probability of a recession is elevated at this time,” Powell said. “We don’t see the warning signs that appeared in other cycles, yet.” The downturn in manufacturing is being offset by strong consumer spending, he added.

Some Democratic members of the committee defended Powell from attacks leveled by President Donald Trump, who criticized the Fed Tuesday in a speech for not cutting rates further. Trump has also called Fed officials “boneheads” and questioned whether Powell or China’s President Xi Jinping is a bigger enemy.

“The president’s repeated attacks on this institution are unacceptable and dangerous,” Rep. John Yarmouth, Democrat from Kentucky and Chairman of the House Budget Committee, said.

Under questioning about the budget deficit, Powell acknowledged that the federal government still had some room to boost the economy through tax cuts or more spending, should a downturn arrive.

He also said that U.S. national debt was unlikely to create a financial crisis for decades. The United States has advantages, he said, such as a productive, growing economy and the fact that the dollar is the world’s reserve currency.

“The day of reckoning could be quite far off,” he added. But as long as the debt is growing faster than the U.S. economy, he said, it means that future generations may have to spend more on interest than on productive investments such as infrastructure or education.