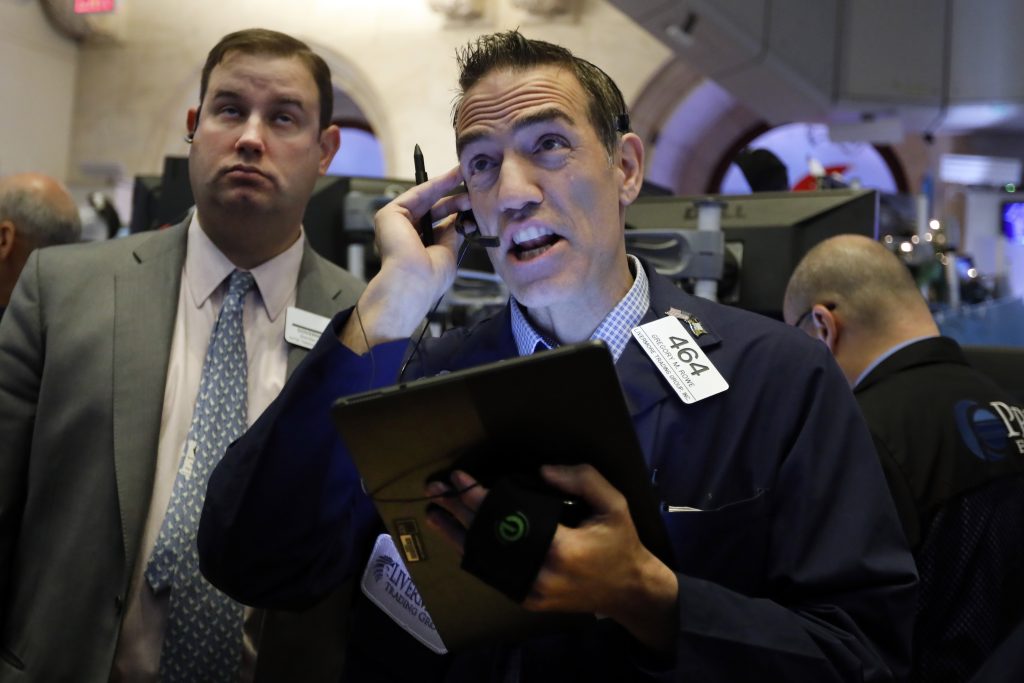 Major U.S. stock indexes edged higher in midday trading Wednesday after the chairman of the Federal Reserve told lawmakers that the central bank is likely to hold off on another interest rate cut, unless the economy shows signs of worsening.

Fed Chairman Jerome Powell also expressed optimism about the prospects for the U.S. economy, which he expects will grow at a solid pace, though it still faces risks from slower global growth and trade tensions.

Stocks came off their lows from a slightly lower open after Powell’s remarks, which kicked off two days of testimony by the Fed chief before congressional panels.

Banks fell the most as bond prices rose, dragging down the yields used to set interest rates that lenders charge on mortgages and other loans. Bank of America dropped 1.1% and Wells Fargo fell 1%.

Companies that rely on consumer spending also fell. Amazon was down 0.9% and General Motors slid 1.8%. Bond prices and gold rose.

Meanwhile, a published report in The Wall Street Journal Wednesday cast fresh doubts about a so-called phase-one trade deal between the U.S. and China. The report, which cited unnamed sources, highlighted that Washington and Beijing are at odds over whether the U.S. will roll back tariffs or merely hold off on going through with a new batch of taxes on Chinese goods due to go into effect on Dec. 15.

President Donald Trump said Tuesday that an agreement on the phase one deal announced last month “could happen soon,” but he warned that he was ready to raise tariffs “very substantially” if that fails.

POWELL SPEAKS: In a written statement to Congress’ Joint Economic Committee, Powell said Wednesday that the central bank is unlikely to cut rates unless the economy slows enough to cause Fed policymakers to make a “material reassessment” of their outlook.

The Fed cut short-term rates last month for the third time this year, to a range of 1.5% to 1.75%. The central bank has lowered rates to shield the economy from slower global growth and the U.S.-China trade war.

Recent data suggests that U.S. economic growth remains solid, if not spectacular. The economy expanded at a 1.9% annual rate in the July-September quarter, down from 3.1% in the first three months of the year. The unemployment rate is near a 50-year low of 3.6% and hiring is strong enough to potentially push the rate even lower.

YIELDS: Treasury yields continued to fall as demand for bonds increased, driving their prices higher. The yield on the 10-year Treasury note slipped to 1.88% from 1.91% late Friday. It was below 1.50% in early September and has been rallying with confidence in the economy’s strength.

MILESTONES APLENTY: Even with the weak start for the markets Wednesday, stocks are once again flirting with more milestones.

The benchmark S&P 500, which has notched weekly highs the past five weeks, has hit new highs 19 times this year, matching 2018’s milestones. The index’s tiny gain Wednesday had it on track for its second record high in four days.

The Nasdaq, meanwhile, was hovering just above the all-time high it set Tuesday.

The Dow, which ended Tuesday unchanged from its record high set the previous day, was also heading toward a new milestone Wednesday.