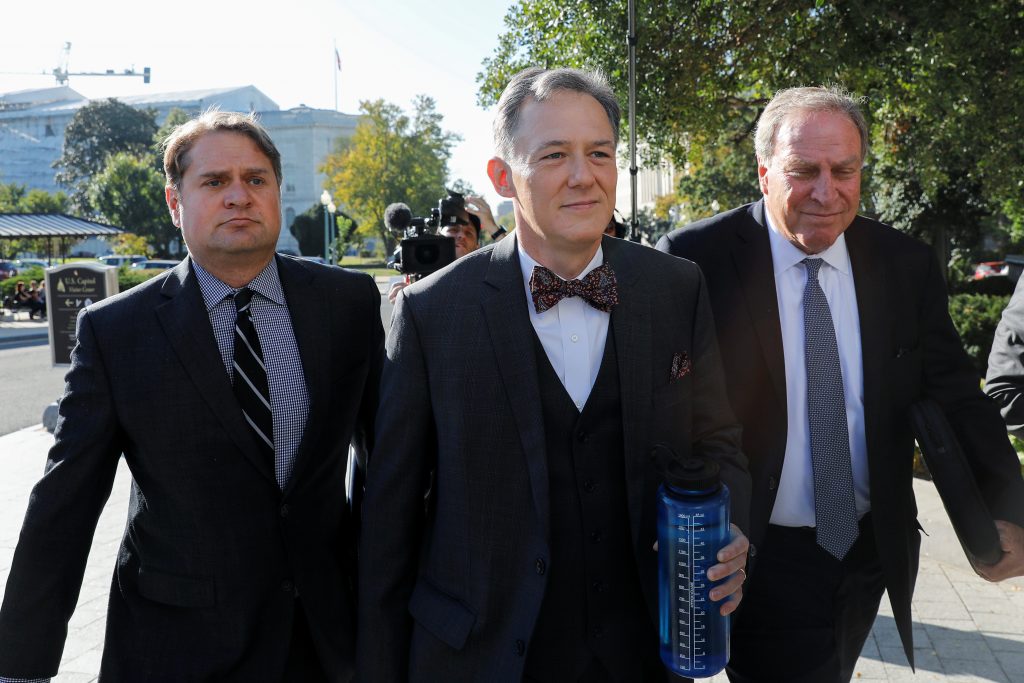 A top U.S. diplomat told congressional investigators that President Donald Trump’s personal attorney Rudy Giuliani conducted a “campaign full of lies” against the U.S. ambassador to Ukraine before she was recalled from her post, according to a transcript of his testimony released on Thursday.

George Kent, a deputy assistant secretary of state, told the Trump impeachment inquiry that he was also subject to attacks by Giuliani but was told to “keep my head down” by a senior State Department official.

The Democratic-led inquiry in the House of Representatives is focused on a July 25 phone call in which Trump asked Ukrainian President Volodymyr Zelenskiy to investigate Joe Biden, a former vice president and now a leading Democratic rival in the November 2020 presidential election.

Giuliani is central to the inquiry and he has been mentioned frequently in testimony by State Department diplomats who have painted a picture of the former New York City mayor running a shadow U.S. policy toward Ukraine to pressure it to carry out a corruption investigation into Biden and his son, who worked for a Ukrainian gas company.

Kent mentioned Giuliani 73 times in his testimony to lawmakers which was given behind closed doors session on Oct. 15 but only released on Thursday.

Marie Yovanovitch, the former U.S. ambassador to Ukraine, was abruptly pulled from her post in May. Kent said Giuliani conducted a smear campaign against the envoy. “His assertions and allegations against former Ambassador Yovanovitch were without basis, untrue, period,” Kent testified.

“Mr. Giuliani, at that point, had been carrying on a campaign for several months full of lies and incorrect information Ambassador Yovanovitch, so this was a continuation of his campaign of lies,” Kent said.

Neither Giuliani nor a lawyer for him immediately responded to requests for comment on Kent’s testimony.

Kent said Ukrainian officials understood when they met with Giuliani that he was not a regular private citizen and understood he represented Trump.

“Giuliani was not consulting with the State Department about what he was doing in the first half of 2019. And to the best of my knowledge, he’s never suggested that he was promoting U.S. policy,” Kent said.

For nearly a year, Giuliani has pursued unsubstantiated allegations that Biden pushed to fire a Ukrainian prosecutor to stop him from investigating Burisma, the Ukrainian energy company, where Biden’s son Hunter served on the board.

Giuliani also told Reuters he played a role in the effort to remove Yovanovitch.

Democrats have been releasing transcripts of the closed-door interviews as they prepare for public hearings in Congress next week. Kent is among the three U.S. diplomats who will serve as star witnesses.

Lawmakers are trying to determine whether Trump froze $391 million in U.S. security assistance for Ukraine to put pressure on Zelenskiy to conduct the investigation, thus misusing U.S. foreign policy for his personal gain.

Trump’s defenders say there is no evidence of him and the Ukrainian president engaging in a “quid pro quo” – exchanging a favor for a favor – because the aid to Ukraine was released and Zelenskiy never explicitly promised anything.

If the Democratic-controlled House votes to impeach Trump, the Republican-controlled Senate would then hold a trial on whether to remove him from office.

Senate Republicans have so far shown little appetite for ousting the president.