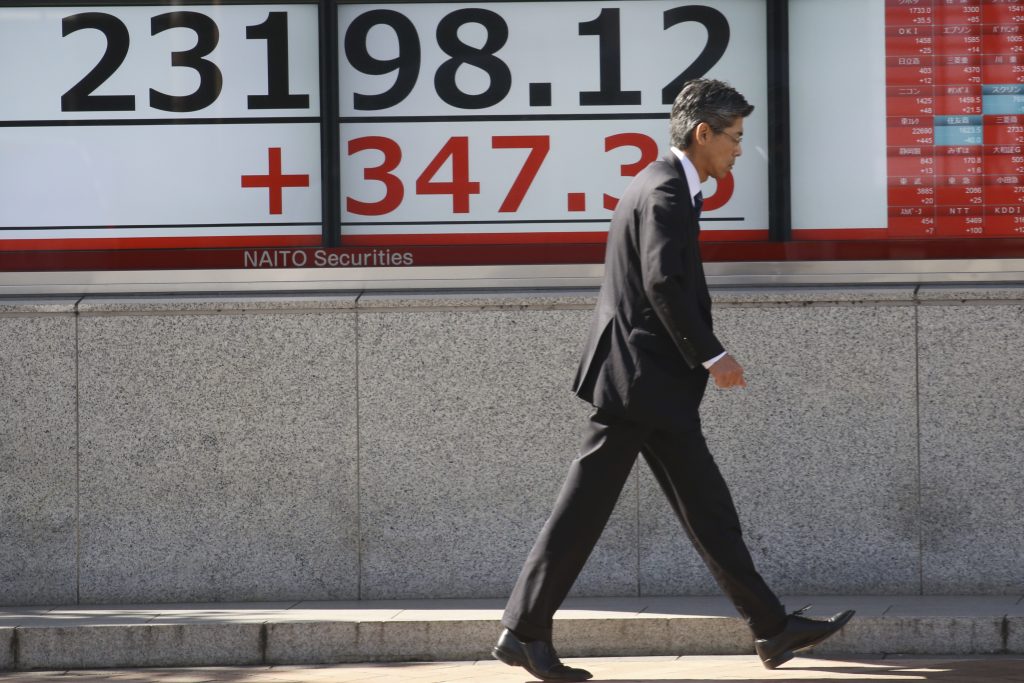 Asian shares have advanced after the Dow Jones Industrial Average and other benchmarks closed at record highs.

Upbeat comments by U.S. Commerce Secretary Wilbur Ross about progress in trade talks with China has helped to raise sentiment.

Ross said Tuesday that the “Phase 1” talks now underway were making progress and that more complicated issues would not be tackled until later discussions.

He said that should help reduce the uncertainty over tensions between the world’s two largest economies that has roiled markets.

“I’m reasonably optimistic we can get something done and move toward a completion of Phase 1,” he said in a teleconference call with reporters.

Ross is leading a trade mission in the region and helped to represent the U.S. in meetings related to the annual summit of the Association of Southeast Asian Nations. He later is due to travel to Indonesia and Vietnam.

The Dow Jones Industrial Average returned to a record on Monday, joining other market gauges at all-time highs, as the stock market’s rally carried into a fifth week.

A resurgence in energy companies, banks and other stocks that do well when the economy is strengthening led the way.

Even in manufacturing, which has been hit particularly hard by President Donald Trump’s trade war, investors were seeing some hope that things may be hitting bottom soon.

“Investors are doing what we’re theoretically supposed to be doing: We’re looking out at the next 12 to 18 months and investing on the basis of where it’s going, not on where we’re at today,” said Tom Stringfellow, chief investment officer at Frost Investment Advisors.

“We are investing on expectations that whatever the worst is, we’re there now,” he said.

Of course, all that optimism could wash away quickly if U.S.-China trade talks take yet another turn for the worse, but investors likely need to see only incremental improvements, to keep the momentum going, Stringfellow said.

It’s a reprieve for so-called cyclicals, which have been becoming a smaller part of the stock market. Investors instead have focused on defensive stocks that can do well even when the economy is turning sour or on companies that can grow almost regardless of the economy, such as Amazon.com, Apple and other big technology companies.

Monday’s biggest loss in the S&P 500 came from Under Armour, which said it has been cooperating with federal regulators for two years on an investigation into its accounting practices. Its Class A shares plunged 18.9%.

In energy trading, benchmark crude oil dropped 12 cents to $56.42 per barrel in electronic trading on the New York Mercantile Exchange. It rose 34 cents to $56.54 on Monday.

Brent crude, the international standard, rose 1 cent to $62.14 per barrel.