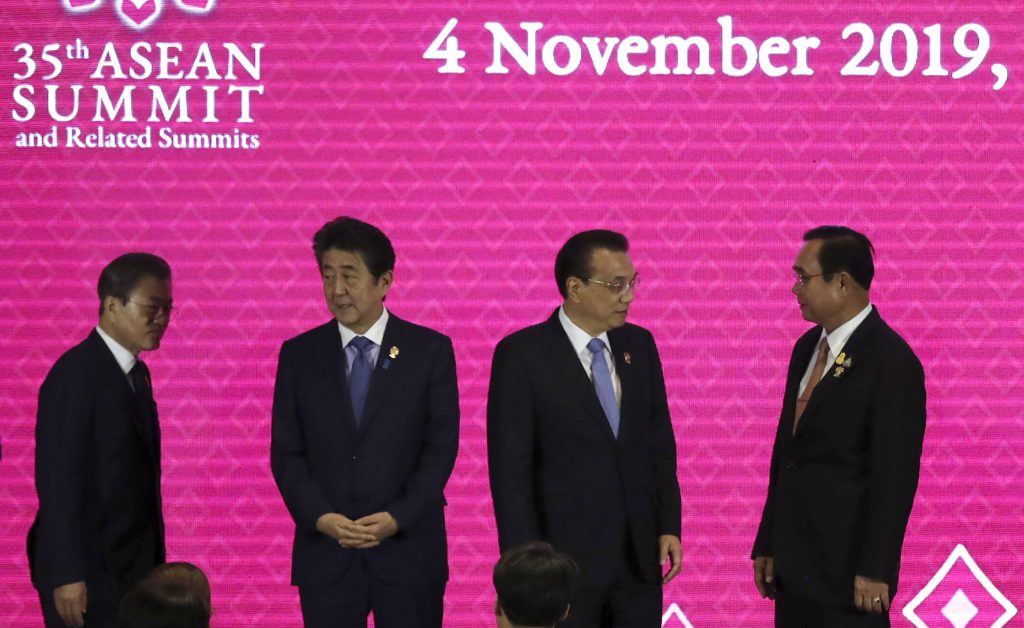 President Donald Trump has invited Southeast Asian leaders to a “special summit” in the United States early next year after skipping their ongoing annual summit in Thailand.

Monday’s meeting with the U.S. normally would be attended by presidents or prime ministers. In a pointed adherence to diplomatic protocol, seven of 10 Southeast Asian countries sent their foreign ministers instead.

Only host Prime Minister Prayuth Chan-cha of Thailand and the prime ministers of Vietnam and Laos joined O’Brien and the foreign ministers sent by other countries.

Last year, Trump sent Vice President Mike Pence to the annual ASEAN summit and related meetings. This year, both he and Pence were busy campaigning during the meetings, which wrapped up Monday in the outskirts of Bangkok, Thailand’s capital.

Trump’s absence from the meetings left plenty of room for China and other regional powers to raise their own profiles.

Chinese Premier Li Keqiang, Japanese Prime Minister Shinzo Abe and Indian Prime Minister Narendra Modi were among the leaders who met with their ASEAN counterparts during the summit.

In addition to O’Brien, U.S. Commerce Secretary Wilbur Ross also traveled to Bangkok with a trade mission that is touring the region.

Despite the apparent downgrading of the ASEAN gathering by Trump, U.S. businesses and government were seeking to emphasize the American commitment to the region with a privately-led conference attended by about 1,000 business and government officials.

There, Ross outlined a slew of figures on trade and investment between the U.S. and what Washington has dubbed the “Indo-Pacific region.”

“The Trump administration is extremely engaged in and fully committed to this region,” Ross told the meeting.

In his own comments at the meeting with ASEAN leaders, O’Brien made a swipe at China, saying Beijing “has used intimidation to try to stop ASEAN nations from exploiting their offshore resources, blocking access to $2.5 trillion in oil and gas reserves alone. These tactics go against the rules of respect, fairness and international law.”

“The region has no interest in a new imperial era where a big country can rule others on the theory that might makes right. America is helping our ASEAN friends uphold their sovereignty,” he said.