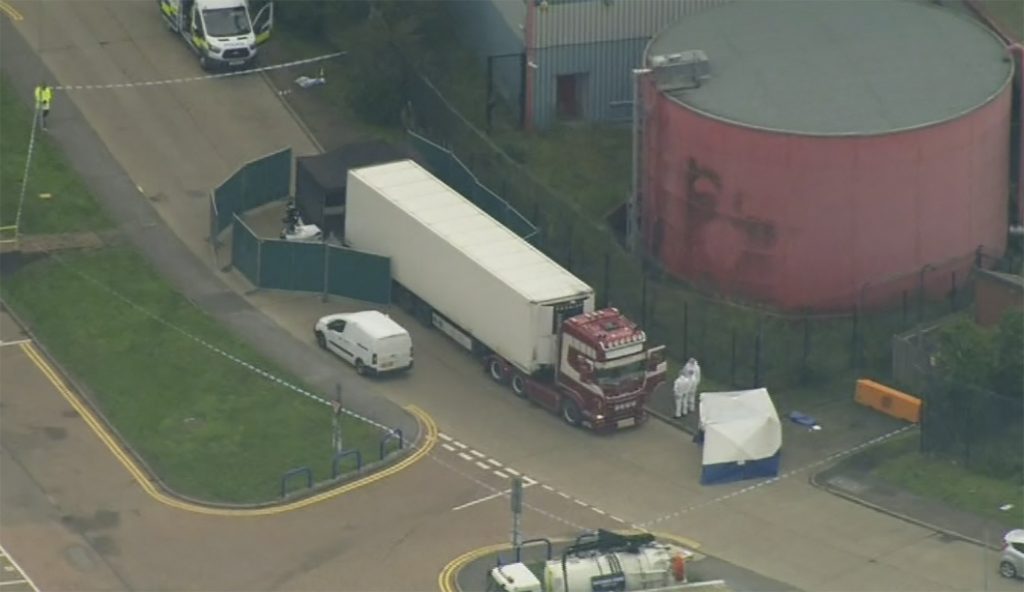 British police say they are searching for two brothers from Northern Ireland as the investigation widens into the deaths of 39 people who were found in a truck container in southeastern England.

Authorities are searching for 40-year-old Ronan Hughes and his 34-year-old brother Christopher Hughes. Both men, who are from Armagh in Northern Ireland, also have ties to the Republic of Ireland.

Both are wanted on suspicion of manslaughter and human trafficking.

Detective Chief Superintendent Stuart Hooper said Tuesday that “finding and speaking to the Hughes brothers is crucial to our investigation.”

Maurice Robinson, 25, has been charged with 39 counts of manslaughter, conspiracy to traffic people, conspiracy to assist unlawful immigration and money laundering.