National Automakers Side With Trump in Legal Fight With California
National 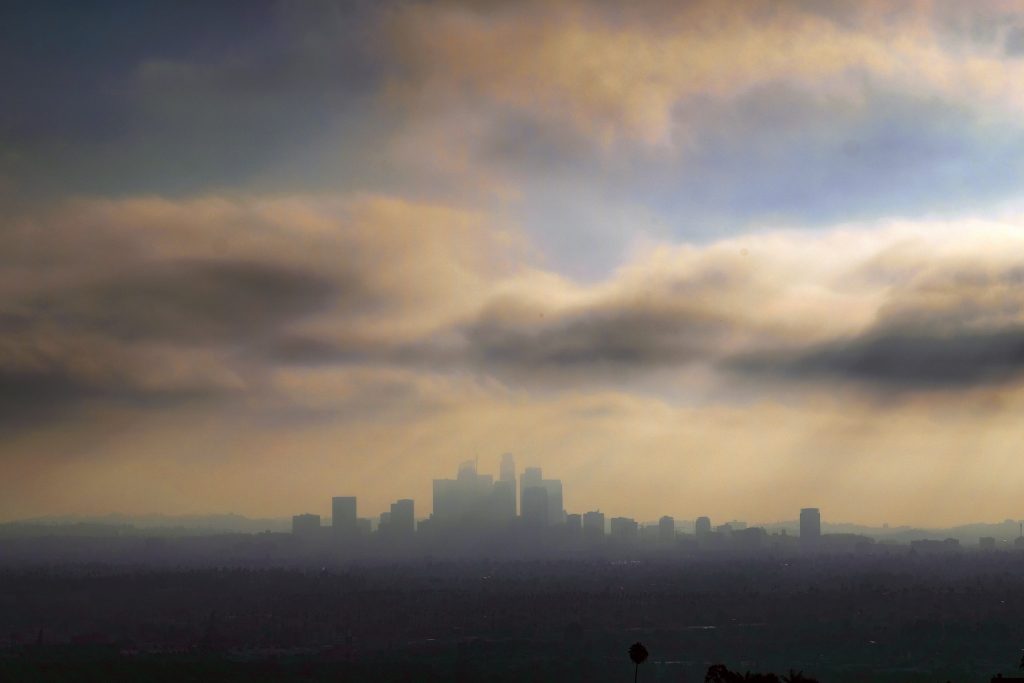 General Motors, Fiat Chrysler, Toyota and 10 smaller automakers are siding with the Trump administration in a lawsuit over whether California has the right to set its own greenhouse gas emissions and fuel economy standards.

The companies said Monday they will intervene in a lawsuit filed by the Environmental Defense Fund against the administration, which is planning to roll back national pollution and gas mileage standards enacted while Barack Obama was president.

“With our industry facing the possibility of multiple, overlapping and inconsistent standards that drive up costs and penalize consumers, we had an obligation to intervene,” said John Bozzella, CEO of Global Automakers and spokesman for the coalition.

The move puts the automakers at odds with four other companies — BMW, Ford, Volkswagen and Honda — which have decided to back California and endorse stricter emissions and fuel economy standards than Trump has proposed.

But the coalition’s stance is not so straightforward. For instance, although it opposes California’s right to set standards, it still wants President Donald Trump and the state to compromise on one national regulation.

Trump has proposed freezing the Obama-era standards at 2021 levels.

Automakers are taking sides because they want to know what regulations they’ll have to obey as they develop vehicles for future model years, said Alan Baum, a Detroit-area consultant who does work for the auto industry and environmental groups.

But they’re carefully trying not to antagonize customers who are for or against Trump, and they don’t want to alienate Wall Street investors who are against investing in technology that may not generate returns for several years, he said.

“Companies don’t want to take a political position because the color they care about is green, not red or blue,” Baum said.

GM, Fiat Chrysler and Toyota make more money off larger, less-efficient vehicles than most of their competitors, Baum said.

In September, Trump announced his administration would seek to revoke California’s congressionally granted authority to set standards that are stricter than those issued by federal regulators.

The move came after Ford, BMW, Honda and Volkswagen signed a deal with the California Air Resources Board, the state’s air pollution regulator, which had been at odds with the Trump administration for months.

Many automakers have said in the past that they support increasing the standards, but not as much as those affirmed in the waning days of the Obama administration in 2016.

Under the Obama administration requirements, the fleet of new vehicles would have to average 30 mpg in real-world driving by 2021, rising to 36 mpg in 2025. Currently the standard is 26 mpg.

Environmental groups say the figures don’t include money consumers would save at the gas pump if cars got better mileage. A study released by Consumer Reports in August found that the owner of a 2026 vehicle will pay over $3,300 more for gasoline during the life of a vehicle if the standards are frozen at 2021 levels.

California’s authority to set its own, tougher emissions standards goes back to a waiver issued by Congress during passage of the Clean Air Act in 1970. In 2007, when Republican Arnold Schwarzenegger was governor, President George W. Bush’s administration denied California’s bid to place first-in-the-nation greenhouse gas limits on cars and trucks. But the state asked the EPA to reconsider its decision, and in 2009 — when Obama took office — the feds granted California’s request.

California has 35 million registered vehicles, the most of any state. A dozen other states and the District of Columbia follow California’s standards.